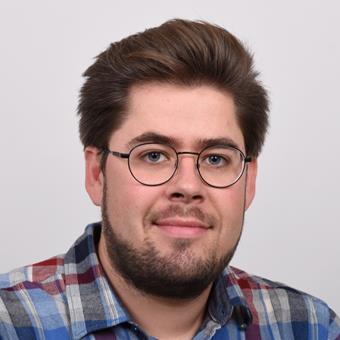 The aim with my research and teaching is to increase the knowledge of how to build and control the motion systems of mobile working machines to minimize their energy consumption and negative environmental impact.

My research focuses on methods for developing electrohydraulic systems for working machines. Primarily, this concerns the use of simulation-based optimization to&nbsp;maximize the system’s and machine’s performance and energy efficiency.

In mobile working machines, such as excavators, articulated haulers and wheel loaders, a diesel engine-powered hydraulic system is today the most common solution for realizing various work functions. With stricter emission regulations, higher energy costs and an increased awareness of negative climate and environmental impacts it is, however, difficult to motivate a continued use of this system type, and much attention is therefore directed towards electrification. Electric systems offer the possibility to replace the diesel engine with a battery as primary power source, as well as lowering the energy losses when the system is used. A big challenge when electrifying working machines, however, is that electric components lack many of the advantages offered by hydraulics, such as high power density, robustness and cost-effectiveness.

With an electrohydraulic system the hypothesis is proposed, that the best solution is a compromise; is it possible to combine electric and hydraulic components to build a motion system that is both energy efficient, robust, cost effective and power dense, and if so how? This question is central to my research, where we investigate the use of simulation-based optimization to find this compromise.

With simulation-based optimization, we let a computer find the best engineering solution for us. This is done by letting the computer explore mathematical models of different aspects we need to consider. In practice, this could mean that we ask the computer for an electrohydraulic system that simultaneously maximizes power density, robustness and energy efficiency. In the end, this can save precious time in the development process and minimize the risk of missing relevant system solutions.

In this project we study how hydraulic systems may be improved to become more energy efficient and environmentally friendly.

Hopsan is an open-source multi-domain system simulation tool developed at the division of Fluid and Mechatronic Systems at Linköping University.

How to save energy with hybrid hydraulic technology

Computer control makes it possible to introduce hybrid hydraulic technology into working machines. This will not only save energy but also – in the long term – make autonomous machines possible.

The division Fluid and Mechatronic Systems belongs to Department of Management and Engineering and carries out research and education in fluid power systems and aeronautics.