Much of the research at LiU focusses on the role of humans in the ecosystems, and the links between our society and the world we live in. One of the major questions of our time is how nutrients such as carbon, nitrogen and phosphorus circulate in the natural world. One example of the research at LiU is the EU research programme BONUS MIRACLE, which looks at the seepage of nutrients into the Baltic Sea. The project considers what society must do to change these flows, which have a negative effect on the oceans, and how we can preserve species that are at risk of disappearing. Several research projects at LiU are investigating the flows of substances such as carbon and chlorine, and of greenhouse gases such as carbon dioxide and methane, in such ecosystems as lakes and water courses.

Researchers at LiU are using maths and computer simulations to help get a grip on complex questions within ecology. Human agriculture has led to nutrients from our fields causing eutrophication of the seas and lakes, while at the same time people are starving in other regions, with too little fertiliser on the fields. The researchers want to use mathematical models to find ways in which society can retain the fertilisers and return them to the fields, keeping them out of the water systems. Theoretical ecology can also help us predict what will happen when the balance of ecosystems is disturbed, as a consequence of, for example, climate change or the extinction of species.

Species extinction and the loss of biological diversity is a central question within research in conservation ecology. Researchers here attempt to find out more about how biological diversity is affected by the use of land by humans. They consider also how we can manage the countryside such that reduction in the diversity of animals and plants is halted, and instead promoted.

Research in ecology works in close collaboration with both the business world and international researchers. Two examples are the Vinnväxt programme Agtech2030 and the EU research programme BONUS MIRACLE.

The management of species-rich grassland and deciduous forests have changed drastically over the last 80 years. Many species have become rare and endangered as the resources and habitat decreased. We study what is needed to preserve diversity.

Research in ecological and environmental modelling

Our research uses mathematical, computational, and statistical modeling techniques to integrate knowledge from large datasets across a variety of specialities.

Are wildlife populations increasing or decreasing? It is difficult to count wild animals, but the amount harvested through hunting gives an indication. Now, these statistics can be made more useful, thanks to a new model developed by researchers.

Many species will become extinct as a consequence of global warming. This is the prediction of a mathematical model developed at LiU. The simulations show that climate change will have a particularly large impact on ecosystems in polar regions.

This project aims to improve access to water and sanitation for all by working in close cooperation with inhabitants of informal settlements to implement innovative grey-water reticulation and treatment systems.

What happens in ecosystems when the habitats of different species disappear? When plants and animals lose their habitats, predator species at the top of the food chain die out first, according to a new study by scientists at Linköping University.

Karin Tonderski of the Division of Biology has been awarded SEK three million over three years from Formas to contribute to installation of wetlands in South African informal townships.

Cause and effect in the transformation of ecosystems

How can we distinguish between cause and effect when changes take place in a ecosystem? Can new methods give a more accurate picture of the interaction between society and the natural world? These are important questions for a new research programme.

For pollinating butterflies, it is more important to be close to forests than to agricultural fields. Results from a new study of 32,000 butterflies provide important knowledge about how to form the landscape to ensure the survival of butterflies.

The objective of Agtech 2030 is to make eastern Götaland a world-leader in agricultural technology. The programme is selected by Vinnova as a Vinnväxt programme. It has a total budget of nearly SEK 200 million, of which SEK 70 million from Vinnova.

Baltic Sea Region researchers give the sea a chance

The nutrient load on the Baltic Sea has dropped, but is expected to increase again as a result of global warming. Four EU research projects gathered for a final conference to present and discuss their results on what more we can do.

New methods can make it easier to predict the ecological role that a species will play when it is introduced into a new habitat. In a new study, researchers at Linköping University predict ecological roles based on easily-collected species traits.

What happens when the balance in an ecological network is disturbed? Anna Eklöf combines mathematics and ecology to predict the consequences for the complete ecosystem when one species becomes extinct in the ecosystem or when the climate changes.

The predator survives - but the ecosystem crashes

What do killer whales, polar bears and humans have in common? They are adaptable predators with the ability to select new prey when their favourite food is in low supply. But this change can disrupt entire ecosystems.

Ecological crises can be predicted

When sensitive ecosystems, like the Arctic Ocean, are threatened by disruptions science is often at a loss. But new advanced data models can predict the damaging effects. 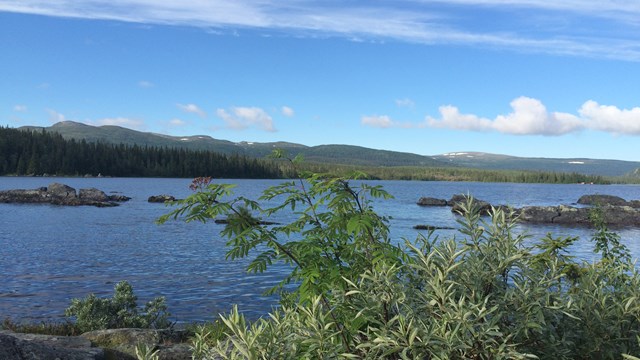 Since the inception of the interdisciplinary TEMA Department, researchers at LiU have specialised in studying biological, chemical and physical processes and cycles – from the molecular to the global scale. 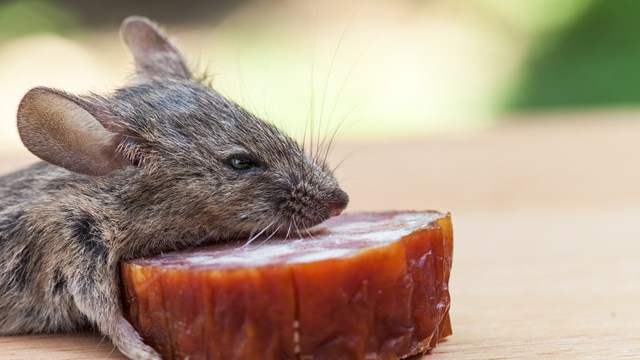