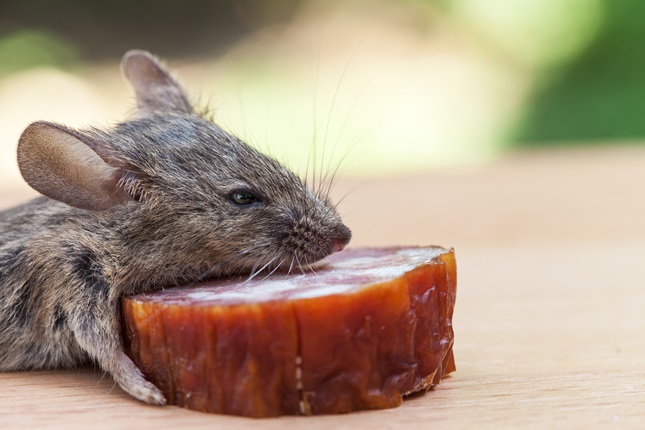 How the sense of smell works in animals is one of the questions that researchers at LiU are investigating in detail. Vadim Zaitsev

Researchers at LiU study, for example, various aspects of wetlands. 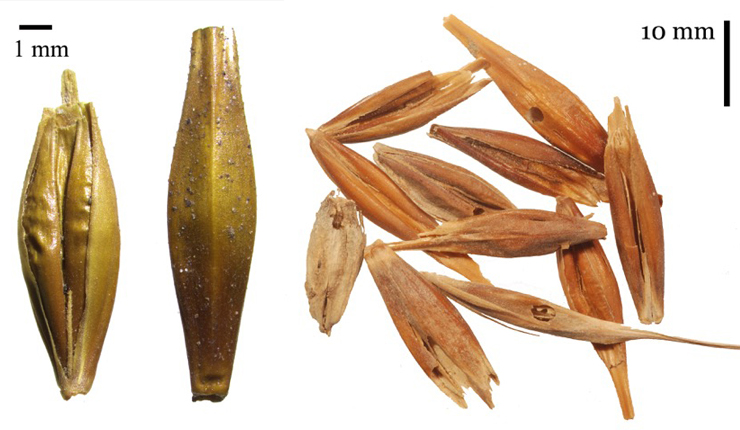 By analysing DNA from archeological seed like these, barley in this case, researchers at LiU increase our understanding on how plants have developed.

How is biological diversity affected by human cultivation activities, or by forest fires? These are two of the questions that researchers at LiU are seeking to answer.

Ecology is the study of how animals, plants and other organisms interact with each other and with the environment they live in. Research at LiU focusses on population ecology, which includes conservation biology, vegetation and wetland ecology. Here, studies of rare species are carried out in order to obtain new knowledge about their distribution and requirements. Life in the Baltic Sea is another major research field, in which scientists study not only the complete ecosystem but also small toothed whales such as the porpoise.


Research in zoology works with such areas as heart development in birds and the sense of smell in several animals. Researchers study various aspects of how molecules stimulate the sense of smell in animals and cause them to experience smells, and how animal behaviour is influenced by different odours.

How has the genetic material of plants and animals been affected by breeding directed by humans? By studying seeds from historical collections, archaeological finds and gene banks, researchers are discovering more about how plants have developed.

Also animal genes are studied in detail when researchers at LiU investigate the genetic processes behind such processes as aging, sex differences, appearance and behaviour.

Ethology is the study of animal behaviour and its underlying causes. At LiU, influential research is carried out into how various genes influence animal behaviour, well-being and personality.

We are interested in understanding behavioural variation, and most of our research is on causes and consequences of animal personality, including links to cognition, sexual selection. We mainly (but not only) use red junglefowl as our model species.

Research in our group focuses on two fascinating biological phenomena – ageing and sex differences - and their interesting intersection. To answer questions related to these topics we conduct research using the model organism Drosophila melanogaster.

We study domesticated animals such as dogs and horses in their interaction with humans and how humans and everyday life affect the animals in the short and long-term. Our focus is on the behaviour of the animal but also on hormonal changes.

What guides the many facets of how animals behave? How has it changed during domestication, and what does it tell us about their welfare? Focusing on chickens and dogs, we tackle such questions using ethology, genetics and epigenetics.

We study the mechanisms underlying between-species differences in sensory capabilities. Which roles do genes, anatomy, ecology, and behavior play in this context? Further, we study lateralized behavior, e.g. limb preferences, in mammals.

The heart size determines aerobic scope and flight performance of birds. By comparing different South American Tinamous with Red Junglefowl and quail we want to understand evolutionary steps leading to the enhanced performance of modern birds.

We investigate how environmental exposures such as nutrition, contaminants or stress interfere with developmental and epigenetic mechanisms in various model organisms.

The genomic basis of feralisation and domestication - Wright Group

We use populations of both wild and domestic chickens to identifying the genetic architecture underlying variation in avian brain size and composition, as well as elucidating the effects and pathways of maternal stress.

The management of species-rich grassland and deciduous forests have changed drastically over the last 80 years. Many species have become rare and endangered as the resources and habitat decreased. We study what is needed to preserve diversity.

Humans rely on crop plants for food, medicine, clothing and many other functions. The Hagenblad lab studies how crop plants have spread across the world and how they have adapted to different climates and cultivation methods.

Epigenetics linked to differences between modern and wild chickens

Some of the genetic differences that have arisen between domesticated chickens and their wild ancestors, the red junglefowl, are linked to epigenetic changes. Scientists at LiU have discovered a small number of “hotspots” in the DNA that control epig

Biology in the sunshine

Students move outside to minimize the risk of spreading Corona.

Researchers from LiU suggest a process by which the timid junglefowl from the rain forest could have become today’s domesticated chicken.

Is it possible that a single individual influenced which crops were cultivated over large areas of Fennoscandia? In a new study, clues from DNA from old barley indicate that the priest Lars-Levi Laestadius may have played an important role.

Fruit-eating monkeys show a preference for concentrations of alcohol found in fermenting fruit, but they do not seem to use alcohol as a source of supplementary calories, according to a new study.

Have you ever eaten a potato onion? It’s highly likely, but you probably called it a ‘shallot’. Now researchers have studied this lesser known relative of the common bulb onion, and we may be seeing a renaissance of this venerable vegetable among green-fingered folk.

Males and females have different strategies to maximise the number of offspring during life. The differences in reproductive strategy contribute to differences in aging between the sexes, according to a new study of fruit flies carried out at LiU.

New methods can make it easier to predict the ecological role that a species will play when it is introduced into a new habitat. In a new study, researchers at Linköping University predict ecological roles based on easily-collected species traits.

The shorter average lifespan of males compared to females appears not to be a result of the fact that males have only one X chromosome. This is the conclusion from a research study on fruit flies at Linköping University.

LiU researcher Dominic Wright has been awarded a Consolidator Grant by the European Research Council (ERC) in the 2017 round. He is to examine in detail events at a genetic level when domestic animals return to the wild state.

An effect across generations

Carlos Guerrero Bosagna investigates the long-term effects that environmental toxins and external factors can have on genes.

Could the current epidemic of obesity be traced back to spraying DDT in the 1950s? Entirely possible, according to epigenetics – the new branch of research that posits that acquired characteristics can be passed down from generation to generation.

Have you tried the national dish gofio while on holiday on the Canary Islands? If so, you have eaten the same food as the original inhabitants ate, nearly 2,000 years ago.

How are animals in food production affected by stressful experiences early in life? Per Jensen wants to find out whether it is possible to see the traces of stress much later.

Different genes are involved during the adaptation of a domestic animal to life in the wild than when a wild animal becomes domesticated. This is the conclusion of a study led by a LiU researcher.

The social ability of dogs is affected by genes that also appear to influence human behaviour, according to a new study by scientists at Linköping University in Sweden.

Plastic can cause obesity

Environmental contaminants, for instance those found in plastics, can affect our metabolism and lead to obesity – according to LiU researcher Carlos Guerrero-Bosagna and several leading experts in a statement in Environmental Health Perspectives.

Text books deficient in explanation of resistance to antibiotics

Scent is the route to the very best fruit

Monkeys and other primates have a better sense of smell than is often claimed. Researchers at Linköping University and two German universities have studied spider monkeys – and found that they are experts at sniffing out optimally ripe fruit.

The predator survives - but the ecosystem crashes

What do killer whales, polar bears and humans have in common? They are adaptable predators with the ability to select new prey when their favourite food is in low supply. But this change can disrupt entire ecosystems.

People find the smell of blood unpleasant, but for predatory animals it means food. When behavioural researchers at Linköping University wanted to find out which substances of blood trigger behavioural reactions, they got some unexpected results.

Looking for history in seed DNA

The seeds in the glass jars are dead, but they have a story to tell. Due to the fact that DNA is protected by shells and cell walls researchers can now show a completely new picture of the evolution, history and spread of cultivated plants.