A central function of an autonomous system is to enable it to make use of its control signals, also sometimes called actions or decisions, to affect its future behavior. In our research, mathematical models are used by the system to predict the value and feasibility of possible choices of control signals.

To select the control signal based on optimization of a performance measure, an objective function, is called optimal control. In our research, numerical algorithms are used to compute an optimal solution to the control/decision problem. Optimal control is known to have many applications, ranging from autonomous cars and robots all the way to economic and social systems.

To use a model to predict the future behavior of a system is central in optimal control and not the least in Model Predictive Control (MPC). The model enables possibilities both to predict how well the future behavior is based on a performance measure and to define future allowed control signals and behaviors of the system.

Optimal control can be used in different ways. First, it can be used off-line to a priori compute a trajectory for the complete task from the system’s initial state to its desired final state. This is sometimes called “planning”. Second, it can be used to compute a control signal in real-time based on the system’s current state in each sample, i.e., a feedback policy. One example of the first situation is when trajectories are computed to be able to place space crafts on remote heavenly bodies. One example of the latter situation is control policies (LQ) that are commonly used to stabilize a modern originally unstable fighter aircraft.

A special case of optimal control is motion planning, which is about finding a sequence of control signals that transfers the system through a world containing obstacles which are to be avoided by the system. Traditionally, algorithms from numerical optimal control have not been appropriate for this type of problems because of the non-convex properties of the feasible set. Note that numerical optimal control is often applied to compute locally optimal solutions to non-convex problems due to nonlinear dynamics, but not commonly to problems with non-convex feasible sets beyond the nonlinear dynamics. An exception which works for systems with linear and piecewise affine dynamics is MPC for hybrid systems, where objects to be avoided can be described using mixed-integer constraints.

Our research in this area can be divided into four parts:

• To develop new methods to solve motion planning problems starting from current methods in numerical optimal control. Commonly used methods today in motion planning rely on either sampling or some form of graph search. These methods are suitable for problems with non-convex obstacles, but they do not in general compute as good solutions as those from numerical optimal control on problems where both types of methods are applicable. One solution is to smoothen a solution obtained from sampling or some form of graph search using methods from optimal control/optimization. Our ambition is the reduce the need for two steps and instead develop solutions that efficiently integrate them into one.

• To make a system execute, or follow, a plan from a planner. We would like to do this in a way that a priori guarantees stability with respect to the plan.

• To make efficient computations that enable the use of numerical optimal control for larger problems and faster applications. To accomplish this task, both problem structure and modern parallel capable hardware is exploited. Parts of our work in this area are published in the Ph.D. thesis by Isak Nielsen.

• As an application in the area we work on autonomous heavy duty trucks in collaboration with Scania. We have worked on autonomous mining trucks in the research project iQMatic and on reversing trucks with advanced trailer configurations, where the latter is an ongoing project. Parts of our work within iQMatic are published in the licentiate’s thesis by Niclas Evestedt. 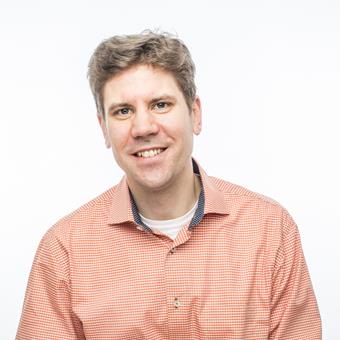