Age related decreases in sex steroid production often lead to a number of symptoms and metabolic changes. The research is focusing on these issues with special attention being given to changes in hypothalamic temperature regulation.

In order to develop alternatives to sex steroid therapy for women and men who have vasomotor symptoms but who cannot have or do not want such therapy we have to learn more about the mechanisms behind these symptoms.

In her thesis, Anna-Clara Spetz, MD and PhD, studied vasomotor symptoms in elderly but otherwise healthy men and in men who had had castration therapy due to generalized prostatic carcinoma. The majority of the latter group had symptoms with a striking similarity to those reported by postmenopausal women. She also found that the neuropeptide CGRP (Calcitonin Gene-Related Peptide) was probably involved as mediator of signals sent from the thermoregulatory center located in hypothalamus to the peripheral and cutaneous vasculature and sweat glands causing hot flushes and sweating in men. The concentration of CGRP, which stimulates cholinergic sweat glands and dilation of peripheral cutaneous blood vessels, increased in serum during the flushes in men, similar to what is observed in studies of women during hot flushes.

We have also previously observed that urinary excretion of CGRP is lower in women after successful treatment of their flushes by means of acupuncture than before treatment and is also lower in postmenopausal women totally without flushes than in women with troublesome symptoms. We have also studied how CGRP is involved in sweating in young women during physical activity and body heating in a sauna. Finally we have also studied variations in circulating CGRP in elderly but otherwise healthy men with hot flushes. We plan a study of the effects of a CGRP antagonist on hot flushes in men and women with hot flushes.

We are currently performing a study on a mouse model with thermolability in collaboration with Assistant Professor David Engblom, dr Daniel Björck and Professor Elvar Theodorsson. The aim is to enable studies of changes in the hypothalamic thermoregulatory center and to test the effect of different pharmacological and other possible therapies on these changes, mainly CGRP blockers.

Cognitive behavioral therapy and vasomotor symptoms In her PhD thesis, Elizabeth Nedstrand, MD, PhD, with Mats Hammar as supervisor, studied the application of cognitive behavioral therapy (applied relaxation) to dealing with vasomotor symptoms in postmenopausal women with and without breast cancer. The aim is to develop alternatives to estrogen therapy (HT) for women with contraindications or unwanted side effects from HT and for those who simply do not want HT. This is primarily important for women with breast cancer or women who have a history of venous thromboembolic disease. Recently doctor Nedstrand together with research nurse, RN and PhD Lotta Lindh-Åstrand performed and published a randomized, controlled study of applied relaxation or ”no therapy”. Apart from the effects on the number of hot flushes and the level of distress induced by them they also measured salivary cortisol as a marker of stress level.

In collaboration with Professors Gerhard Andersson and Per Carlbring we have performed a study of the effect of web-based cognitive behavioral therapy on vasomotor symptoms in postmenopausal women. The data have been published but in short we had technical problems making the therapy difficult to support.

MD and PhD student Jessica Frisk, surgeon at Vrinnevi Hospital in Norrköping, is studying together with Mats Hammar and Anna-Clara Spetz the effects of acupuncture on vasomotor symptoms in women with breast cancer and in men with prostate cancer. She is monitoring changes in the number flushes and the severity of distress caused by flushes and is also monitoring changes in urinary excretion of CGRP as well as changes in quality of life measured by means of different validated scales. Currently we are performing a study of different CGRP metabolites in urine from men with and without prostate cancer and from postmenopausal women to find out if CGRP is metabolized in different ways depending on sex and complicating disease. Furthermore, we are studying the effects on quality of life of a number of alternative treatments of hot flushes that are given to breast cancer women in the multicenter HABITs study.

Together with Professor Elvar Theodorsson and Lotta Lindh-Åstrand we have contributed to a Norwegian study on acupuncture given to women with hot flushes (Acuflash), inspired by the work performed by MD, PhD Yvonne Wyon in her PhD thesis based on research carried out within our group. Dr. Wyon has also studied CGRP and its relation to vasomotor symptoms. The Acuflash study was published in 2009 in the North American Menopause Society Journal Menopause.

Effects from physical exercise on climacteric symptoms, the immune system and browning of adipose tissue

The purpose of this randomized study with one intervention and one “no change” control group, is to establish health effects from 15 weeks of structured resistance training on postmenopausal women. The intervention is coached by a skilled physiotherapist at a well-known gym and is individualized in relation to repeated measured strength.

End-points are clinical outcomes (vasomotor symptoms, well-being, Body Mass Index, muscle strength and mass, browning of fat measured with MRI), diagnostic variables (production of myokines as irisin and immunological markers) and genetic variables (length of telomeres). By means of structured interviews we investigate how to best stimulate people to change life-style and why probably some women will not be successful.

The study was started late 2013 and after analysis of the pilot part of the study the sample size has been calculated. The study will probably go on with inclusion of women until the spring of 2017 whereafter we will analyse the outcomes. The clinical part of this study is managed by Lotta Lindh Åstrand, Anna-Clara Spetz Holm, and Mats Hammar, with reg physiotherapist Hanna Lindblom taking care of the resistance training.

The study is performed in collaboration with Magnus Borga and Olof Leinard D at CMIV, Heriberto Rodriguez Martinez, Marie Rubér, and Peter Söderkvist at IKE, Carina Berterö at IMH and Pontus Boström at Karolinska for measurements of irisin. A PhD student has been recruited, Emilia Berin for the clinical parts of the study and another PhD student, Liam Ward will engage in the laboratory parts of the project.

Knowledge of and attitudes toward the menopausal transition

Research nurse Lotta Lindh-Åstrand, RN, PhD, has employed qualitative and quantitative methods in studies of peri- and postmenopausal women’s knowledge of, and attitudes toward, the menopausal transition and HT. In these studies, which were included in her thesis, she found that attitudes toward menopause have remained stable whereas attitudes toward HT changed dramatically around 2002 when a number of clinical studies were published that questioned previously reported very positive results of HT, especially as concerned cardiovascular health. We also found that many women, including those using HT, have limited knowledge of reproductive functions and the modes of action of different components of HT. We are planning another study to determine how these limitations may affect women’s behavior, e.g. their use and choices of birth control method.

Dr Lotta Lindh-Åstrand also found that the recurrence of vasomotor symptoms and reuptake of HT did not differ between women randomized to stopping HT abruptly or by tapering down over one month. Decrease in quality of life and distress by the hot flushes seemed to be a more important predictor of the reuptake of HT than the actual number of hot flushes. In a questionnaire study, she also found that more than 80 % of women who had once started HT due to vasomotor symptoms had a recurrence of these symptoms after quitting HT, albeit with slightly less distressing symptoms in most cases.

Together with MD Mikael Hoffmann, Lotta Lindh-Åstrand and Mats Hammar have studied women’s perspectives on the risks and benefits of HT and how gynecologist and patient communicate on these issues.

Anna-Clara Spetz is continuing her studies of a number of different symptoms in elderly men and at the same time is trying to identify which symptoms are related to aging per se and which to decreasing testosterone production. More than 300 men who are older than 55 who have been randomized from three primary health care centers have answered questionnaires and also had hormone analyses for total and bio-available testosterone.

The aim has been to establish a symptom profile that may predict which men probably have decreased testosterone production. We are currently analyzing data from a five year follow-up study where hormone analyses are being carried out in the same men five years after the first study.

We have also studied, in collaboration with colleagues from Lund, possible symptoms related to high and low testosterone concentrations in postmenopausal women.

Together with Professor Jan Brynhildsen and PhD student Agota Malmborg, MD, we are studying the effects of different hormonal contraceptives in women’s sexuality. This is done using a questionnaire survey and qualitative interviews with women using oral contraceptives. The first analyses of the questionnaire have led to a publication showing an association between homonal cantraceptives and reported lower libido.

An ongoing analysis focues on the differences between users of Cu-IUD and homronal IUD also showing less libido in women using the later method. We are also part of a multicentre study on combined oral contarceptives and measurements of mood and libido. We will analyse testosterone in serum as well as in hair as a part of this study and investigare the possible correlation between testosterone and modd/libido.

The influence of immunological factors on fertility

Together with PhD-student-to-be Susanne Liffner and professor Heriberto Rodriguez Martinez we are performing a study on the influence of immunological factors in the seminal plasma, the cervical and endometrial mucosa in couples with infertility, primarily otherwise unexplained infertility.

We are planning a study where seminal plasma or saline will be applicated around the cervical os at ovum pick up in women under IVF. The hypothesis is that seminal plasma will cause immunological effects increasing the chance of successful pregnancy in relation to application of saline (or nothing which is today’s clinical practice).

Sex steroids affect the immune system and autoimmune diseases. In collaboration with Assistant Professor Jan Brynhildsen, MD, PhD, and PhD student Per Holmqvist, MD and Anne-Marie Landtblom, MD, PhD, we are employing a number of different methods to determine how Multiple Sclerosis is affected by endogenous and exogenous sex steroids. Women have recorded in diaries kept over several menstrual cycles a number of MS related symptoms that they have experienced while using oral contraceptives (OCs), and we have also studied the relationship between the use of OCs and the appearance of the first recordable MS symptoms.

We also performed a study on immune changes across the menstrual cycle and during use of oral contraceptives in women with MS and in healthy controls. This work lead to a thesis defended successfully by Dr Per Kempe.

By means of a number of national registres we have been able to study prescription of hormnal therapy (HT) for postmenopausal women of different ages, the duration of use, prescription in women with contraindications as breast cancer and pulmonary embolism and the number of women who have developed pulmonray embolism after use of oral or transdermal HT.

The studies are performed in collaboration with Lotta Lindh Åstrand, Anna-Clara Spetz Holm, Mats Fredriksson, and Mikael Hoffmann and have up til today (January 2016) resulted in two publications and number underway. 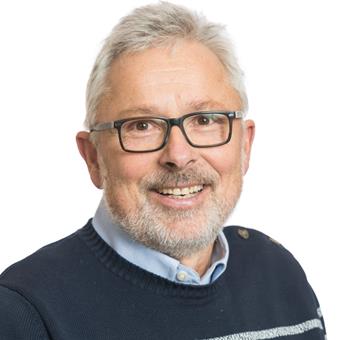 The Division of Children’s and Women’s Health consists of a number of different research and educational areas - obstetrics / gynecology and pediatrics.