We perform research on filter theory for state estimation in dynamical systems, ranging from aspects in the classical (extended) Kalman filter, Gaussian mixture filters, the more recent unscented Kalman filter to the particle filter (PF) and PHD filter. The latter ones are current focus areas. Our contributions involve convergence analysis and marginalization approached to mitigate the curse of dimensionality. The PHD filter is studied for tracking multiple (possibly extended) targets.

The general problem falls under the heading system identification. From a sensor fusion perspective, we study Simultaneous Localization And Mapping (SLAM) and sensor calibration. SLAM aims at solving two tasks in the same filter, namely localization of the host vehicle and at the same time building a map (GIS) of the surrounding. Both EKF and PF based approaches have been studied.

Situation awareness involves tasks as sensor management, decision and information theory, and collision avoidance (CA). CA is one important application of state estimation, where the estimated state is used to assess the risk for a conflict, and also for evaluating different evasive maneuvers, and we focus on automotive and aircraft applications. 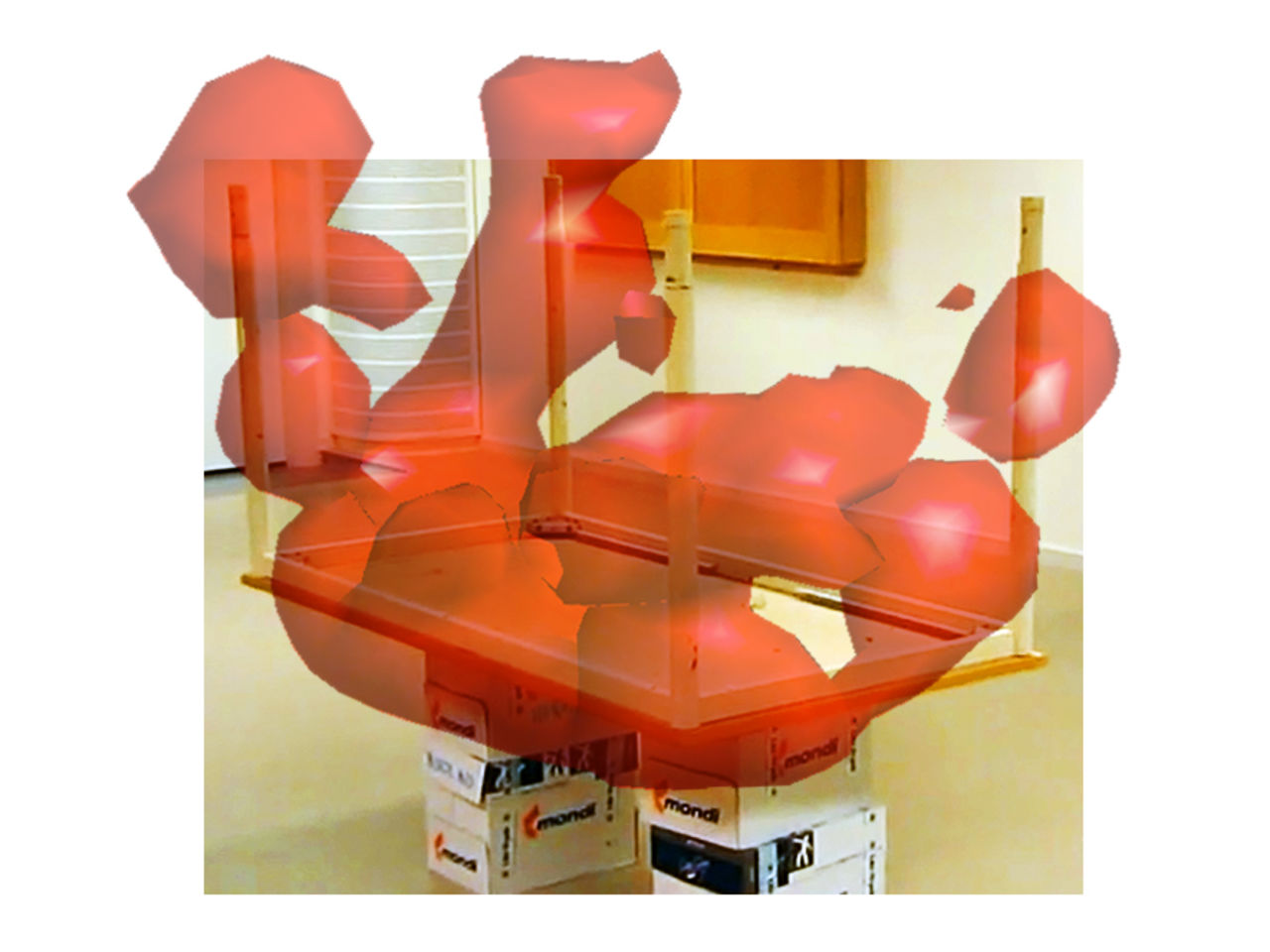 A metal frame table and its estimated magnetic content.

Real-time positioning of firefighters during a search increase the safety and efficiency of the operation.

This research area encompasses a wide range of applications from industrial robots and automobiles to trucks and airborne vehicles.

System identification deals with building a mathematical model of the input-output behavior of a dynamical system from measurements of its input and output signals.