Campus cities and our region

Linköping University's three main campuses are located in the region of Östergötland (East Sweden) in the cities of Linköping and Norrköping. The two cities are in the process of developing into one integrated urban region – Sweden’s fourth metropolitan area or the Twin Cities region. 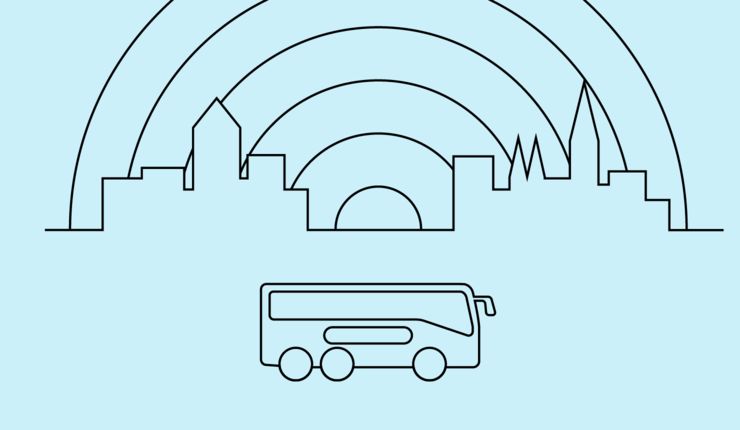 Linköping and Norrköping are situated 200/160 km south-west of Stockholm in Östergötland, which has been trademarked in English as East Sweden by regional government. Our foundation campus is Campus Valla, which is located in Linköping, about three kilometres from the city centre. This is where the majority of students and researchers study and work.

Campus Norrköping is located in the centre of Norrköping and nearly a quarter of all LiU students study there. There is also a small campus in Stockholm, but no international programmes or courses are currently taught there.

LiU runs a free bus service for our students between the three campuses.

Ask us any questions using this form. If you know what programme you are interested in select it in the form drop down menu and we will send you more details to your inbox.

Linköping, is one of Sweden’s oldest cities with a long cultural tradition. Over the past 50 years, Linköping has grown to become Sweden’s fifth-largest municipality, with 160,000 inhabitants. It is home to industries specialising in many different sectors, ranging from aircraft manufacturing to emerging technologies. Several international companies such as Saab, Ericsson, IFS, Autoliv, Sectra and Cloetta have offices in Linköping.

Despite its rapid growth, Linköping still has the charm of a small town. The city centre is easy to reach from Campus Valla, about a ten-minute bike ride, and the University Hospital Campus is located centrally. The inner city offers plenty of entertainment opportunities: theatre plays, museums, concerts and student skits locally called “spex”. Cafés, bars, restaurants and nightclubs located downtown will cater to all tastes.

Here is a short film from Linköpings kommun (the municipal government), that captures the heart of Linköping:

Read more about what Linköping has to offer:
Visit Linköping, www.visitlinkoping.seg

Norrköping, home to about 141,000 people, has a history as an industrial centre dating back to the 17th century. The old industrial area on the waterfront of Motala River in the heart of Norrköping was once famous for its cotton and paper mills. Today it has been carefully restored into a unique area that hosts, among other things, Campus Norrköping and the student union building Trappan, where students usually study, eat and socialise. The campus and student housing are in the middle of Norrköping, at comfortable walking distance from shops, restaurants, clubs and bars, as well as the renowned Östgötateatern Sweden’s largest regional theatre.

The city is known internationally for its diverse music scene and has been recognised as one of UNESCO’s creative cities. The city hosts several free outdoor concerts and festivals every summer. Norrköping is also the only city besides Gothenburg to host a public tram network, which has been in use since 1904 and is a great way to get around.

Here is a short film (in Swedish) from Norrköpings kommun (the municipal government), that captures the heart of Norrköping:

Find us on the map

LiU is based on four campuses at three locations in southern Sweden, in northern Europe. Two of the campuses are located in Linköping. One lies in the centre of Norrköping, while one lies just outside Stockholm.

Our region is the fourth largest county in Sweden and has about 450,000 inhabitants. The region offers not only famous tourist attractions, such as Kolmården Zoo (the largest zoo and safari park in the Nordic region), Göta canal and Astrid Lindgren’s World – but is also one of Sweden’s most interesting counties from a historical point of view.

There are numerous ancient fortresses, rune stones and prehistoric rock carvings in the area. Churches, castles and manors from the Middle Ages and later periods have also been well preserved. Not to mention the stunning landscape of pristine lakes and rivers, forests, and bright yellow and purple fields. Visit Östergötland explains:

In south-east Sweden, less than 200 kilometres from Stockholm, a pleasant surprise awaits you – the beautiful countryside of Östergötland. Our province is packed with opportunities for a wonderful and active holiday: stay in fantastic nature, enjoy the silence and collect unforgettable holiday memories to take home. Paddle a kayak in an unspoilt archipelago, hike along marked trails or cycle along winding roads with a map and picnic in the rucksack.

Read more about the county: A list of fun things to do in your free time in Linköping.

A list of fun things to do in your free time in Norrköping.

There is a lot more to do as a student than attending lectures and studying. Here you can find out about your life as a student including leisure and sports, our campus cities and student associations at LiU.

As a student of LiU, you can travel between our Linköping and Norrköping campuses for free! The campus bus provides smooth transfers between our campuses.

The University Hospital Campus (US) is located within walking distance of Linköping town centre. Here you find education and research in medicine, healthcare and public health.