In deciding where nuclear waste is to be stored, knowledge is needed of how chlorine behaves in nature. Now researchers at Linköping University can show that chlorine is bound and sticks much more easily in organic material than previously believed, and that coniferous forests bind organic chlorine more easily than deciduous forests do. 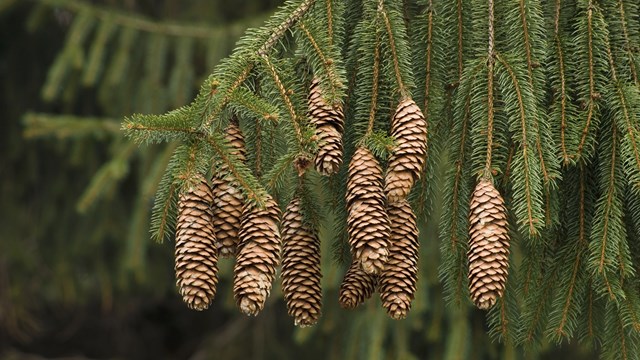 Foto: Ellen McKnightThe waste from nuclear power contains substances such as radioactive chlorine. Radioactive chlorine is easily absorbed by both people and other organisms, highly mobile in nature and has a very long half-life: 300,000 years. In deciding where nuclear waste is to be stored, society needs more knowledge of how chlorine behaves in nature.

Researchers at Linköping University have now been able to demonstrate that which tree species predominate is crucial to what happens with chlorine in nature. The results are being presented in the scientific journal Environmental Science and Technology, and have also attracted attention in Science.

“Previously, we didn’t understand why there was more or less organic chlorine in certain places. Now we’ve seen that there is approximately ten times more organic chlorine where there are coniferous trees instead of deciduous trees,” says David Bastviken, professor at the Department of Thematic Studies – Environmental Change at Linköping University.

The new results come from studies of an experimental forest in Bourgogne in eastern France. The forest was created in 1975 by planting different types of trees in small sections, 0.1 hectares each. 30 years later, it can be seen that sections with conifers have the ability to accumulate much more chlorine – both organic chlorine and chloride – than deciduous trees, primarily in the humus layer of the soil, and that the chlorine remains longer. The highest amounts of chlorine of all were found in sections with spruce.

The new discovery provides valuable information in connection with handling radioactive waste. If radioactive chlorine, which is highly mobile, comes out of nuclear waste, it consequently binds more easily and remains longer in coniferous forests than in deciduous ones.

“This is data that can help us understand what could happen in the future as regards both radioactive waste and other chlorinated environmental toxins. It’s valuable information when constructing risk models,” says Malin Montelius, the doctoral student who has been conducting the project.

The research project, conducted on behalf of the French nuclear power agency and the companies conducting nuclear power operations in France, is a collaboration between French and Swedish researchers. Apart from Ms Montelius and Professor Bastviken, senior lecturer Teresia Svensson from Linköping University was also an author of the article.