With a microfabricated ion pump built from organic electronic components, ions can be sent to nerve or muscle cells at the speed of the nervous system and with a precision of a single cell. “Now we can start to develop components that speak the body’s own language,” says LiU-researcher Daniel Simon. 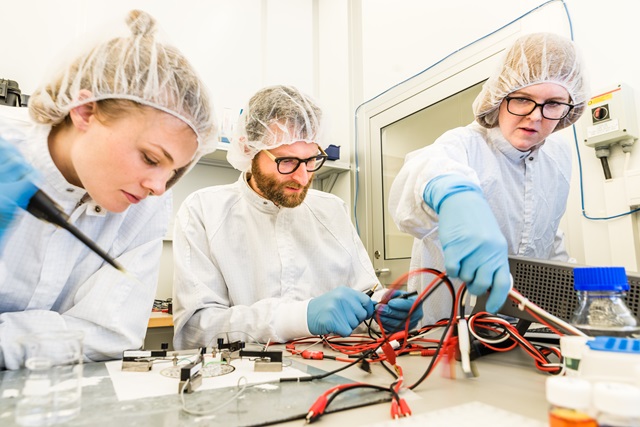 Photo credit: Thor BalkhedOur nerve and muscle cells send signals to each other using ions and molecules. Certain substances, such as the neurotransmitter GABA (gamma aminobutyric acid), are important signal substances throughout the central nervous system. Eighteen months ago, researchers at the Laboratory of Organic Electronics demonstrated an ion pump which researchers at the Karolinska Institutet could use to reduce the sensation of pain in awake, freely-moving rats. The ion pump delivered GABA directly to the rat´s spinal cord. The news that researchers could deliver the body’s own neurotransmitters was published in Science Advances and garnered intense interest all over the world.

The research group at the Laboratory of Organic Electronics has now achieved another major advance and developed a significantly smaller and more rapid ion pump that transmits signals nearly as rapidly as the cells themselves, and with a precision on the scale of an individual cell. This result also is being published in Science Advances.

“Our skilled doctoral students, Amanda Jonsson and Theresia Arbring Sjöström, have succeeded with the last important part of the puzzle in the development of the ion pump. When a signal passes between two synapses it takes 1-10 milliseconds, and we are now very close to the nervous system’s own speed,” says Magnus Berggren, professor of organic electronics and director of the Laboratory of Organic Electronics.

“We conclude that we have produced artificial nerves that can communicate seamlessly with the nervous system. After more than 10 years’ research we have finally got all the parts of the puzzle in place,” he says.

Amanda Jonsson, who together with Theresia Arbring Sjöström is principal author of the article in Science Advances, has developed the pain-alleviating ion pump as part of her doctoral studies. She 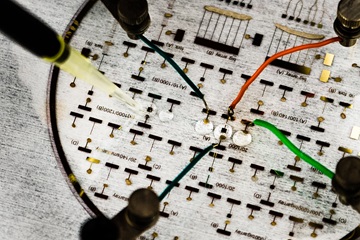 Photo credit: Thor Balkhedproudly presents a glass disk with many of the new miniaturized ion pumps. Some pumps have only a single outlet, but others have six tiny point outlets.

“We can make them with several outlets, it’s just as easy as making one. And all of the outlets can be individually controlled. Previously we could only transport ions horizontally and from all outputs at the same time. Now, however, we can deliver the ions vertically, which makes the distance they have to be transported as short as a micrometre,” she explains.

All of the outputs of the ion pump can also be rapidly switched on or off with the aid of micrometre-sized ion diodes.

“The ions are released rapidly by an electrical signal, in the same way that the neurotransmitter is released in a synapse,” says Theresia Arbring Sjöström.

Organic electronic components have a major advantage here: they can conduct both ions and electricity. In this case, the material PEDOT:PSS enables the electrical signals to be converted to chemical signals that the body understands.

The ion diode has recently been developed, as has the material that forms the basis of the new rapid ion pump.

“The new material makes it possible to build with a precision and reliability not possible in previous versions of the ion pump,” says Daniel Simon.

The new ion pump has so far only been tested in the laboratory. The next step will be to test it with live cells and the researchers hope eventually to, for example alleviate pain, stop epileptic seizures, and reduce the symptoms of Parkinsons disease, using exactly the required dose at exactly the affected cells. Communication using the cell´s own language, and the cell´s own speed.

The research has been financed by the Knut and Alice Wallenberg Foundation, the Swedish Research Council, and Vinnova. 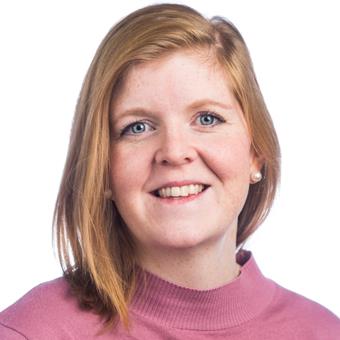 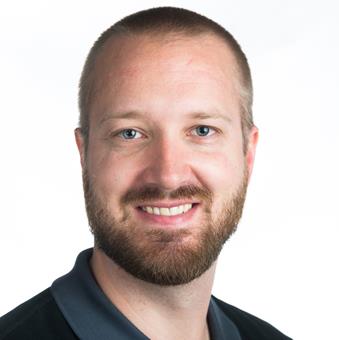