Professor Daniel Simon is the Organic Bioelectronics group leader at the Laboratory of Organic Electronics.

He received his Bachelor's degree in Physics from the University of Georgia, Athens (USA) in 2000, where he participated in theoretical condensed matter research under Michael Geller.

In 2001, he began his graduate work in the Physics department at the University of California, Santa Cruz (USA). There, he joined the laboratory of Sue Carter, studying a range of topics in polymer-based electronics.  In 2004, Daniel received his Master's degree, based on electronically patterned polymer films on micro-electrode arrays.

In the Spring of 2007, he earned his PhD, based on polymer light-emitting electrochemical cells (LECs) and nanoparticle-based non-volatile memory (in collaboration with Campbell Scott and Luisa Bozano at IBM Almaden). Later that year, he joined the Laboratory of Organic Electronics as a postdoctoral researcher, where he focused on converting an in vitro delivery technology for use in a living animal, and later for self-regulating artificial neuron functionality.

Since 2011, he has led – and significantly expanded – the organic bioelectronics and iontronics activities at LOE. In 2013, he became Assistant Professor, in 2016, he earned his docenture and became Associate Professor, and in 2022, he became full Professor. In 2022, he also joined the Program Office of the Wallenberg Initiative Materials Science for Sustainability (WISE, wise-materials.org) where he oversees recruitment and sub-project activities. 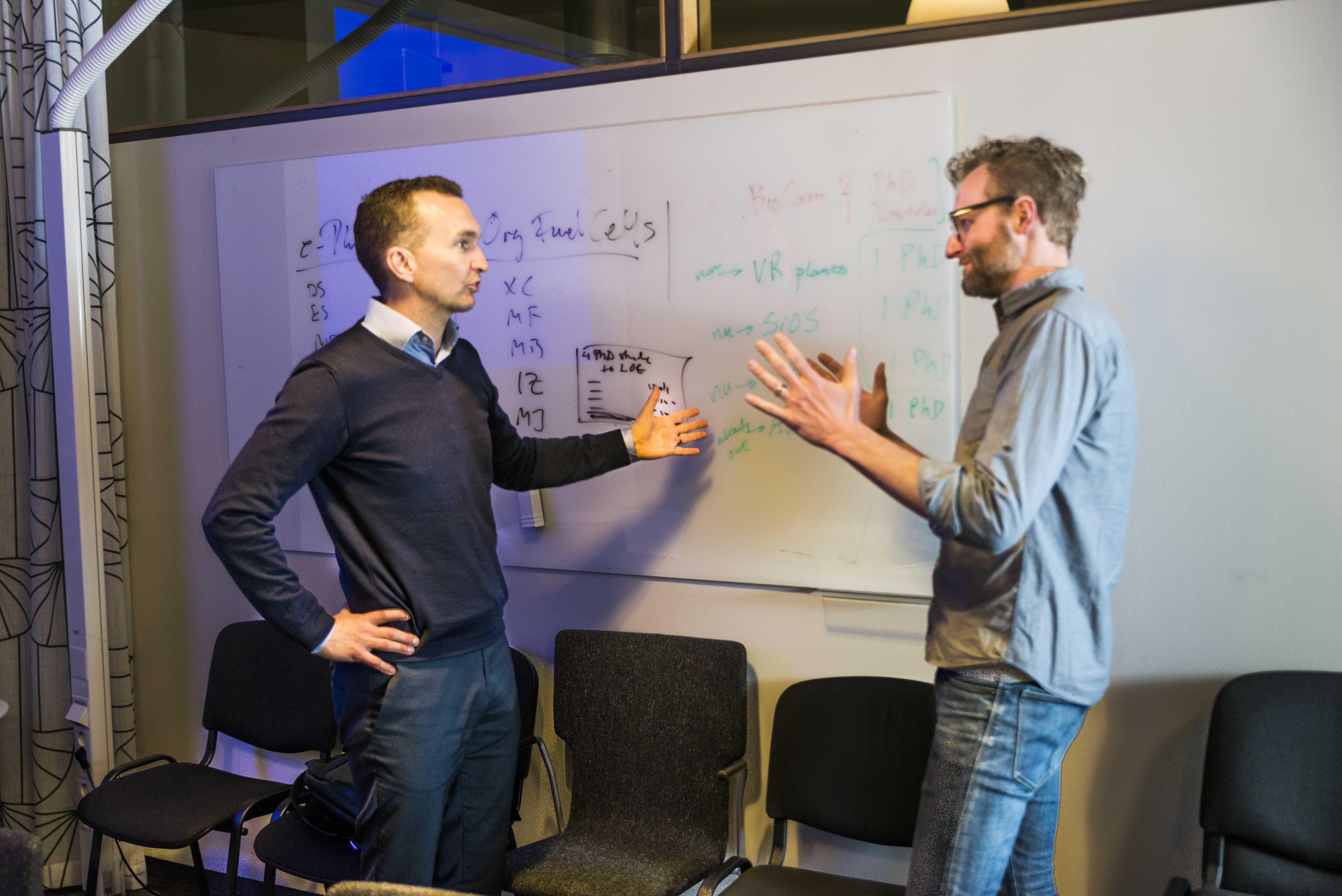 From left, Magnus Berggren and Daniel Simon during a meeting at LOE.
Photo credit: Thor Balkhed

Researchers at LiU have developed a proton trap that makes organic electronic ion pumps more precise when delivering drugs. In the long term, the ion pumps may help patients with symptoms of neurological diseases.

Researchers at the Laboratory of Organic Electronics have developed a method that increases the signal strength from microbial electrochemical cells by up to twenty times. The secret is a film with an embedded bacterium: Shewanella oneidensis.