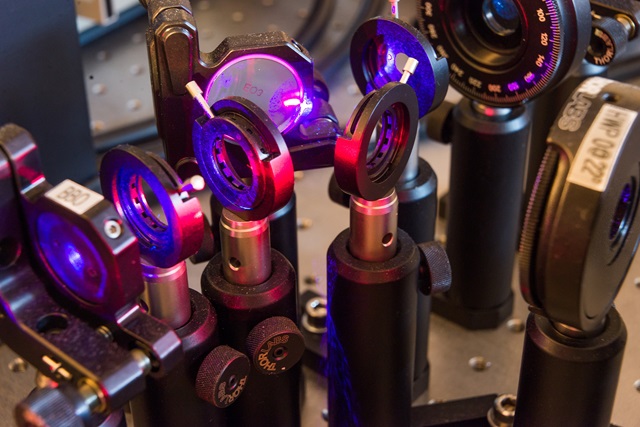 Photo credit: Thor BalkhedIn the autumn of 2015 a research group including Jan-Åke Larsson, Professor of Information Coding at LiU, showed that what Albert Einstein had dismissed as "spooky action at a distance" actually exists. It appears that Nature itself agrees with physicist Niels Bohr – the research group showed in the experiment that entangled pairs of photons exist, and are in contact with each other over long distances. It seems that when the polarisation of one of the photons of the entangled pair is measured, the other photon will instantly adopt the opposite polarisation.

The research group, led by Professor Anton Zeilinger of the University of Vienna, succeeded in designing an experiment in which they could detect a sufficiently large number of photons to ensure that the selection was representative. They were also able to select settings so rapidly and randomly that information transfer about these settings from one end of the experiment to the other could be ruled out. 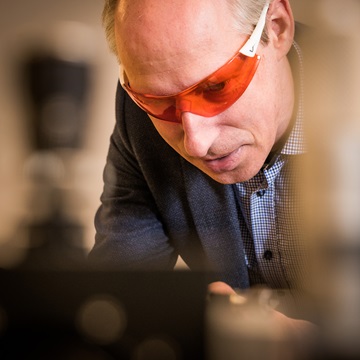 Photo credit: Thor BalkhedJan-Åke Larsson is also co-author of a scientific article that demonstrates that the random number generator used to generate pairs of photons with different polarisations is the best that can be constructed.

Now, however, the experiment is to be repeated, at several locations around the world using people as random number generators.

"Philosophically, it may be so that the supposed 'random numbers' are generated in a predetermined order that was set in correlation with the Big Bang. People, in contrast, have free will - or at least, this is what most of us believe," says Jan-Åke Larsson.

The idea is that thousands of people are to generate random numbers, and that this is to take place at many locations at the same time. This will guarantee that any predetermined ordering of Nature, if it exists, will not affect the experiment.

The scientists will use a test, an inequality that was formulated by physicist John Bell in 1965. The inequality sets a limit for how large the correlation between two systems can be in the absence of spooky action at a distance. The laws of quantum mechanics predict that the entangled particles have a greater correlation than so, which was the result of the previous experiment.

Professor Jan-Åke Larsson and his group at Linköping University are the only Swedish research group that will participate in the global and ultimate Bell test, on 30 November 2016.


The following video is in swedish