An exchange year in South America led to a role in the Netflix series “Narcos”. Simon Alzén, who is studying business and economics at LiU, experienced a rather different Christmas vacation. He can be seen this autumn in the second season of the American hit series. 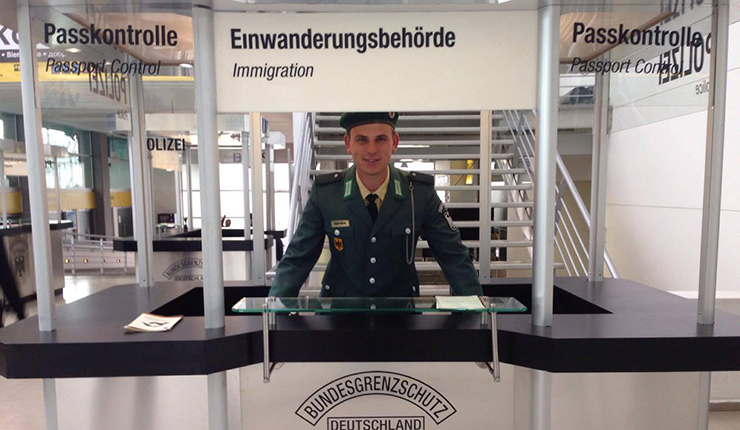 The Netflix series “Narcos” tracks Pablo Escobar’s life as leader of the Colombian drugs cartel. The series has been a hit with both the public and critics. It has long been known that Season 2 will begin on 2 September, but few know that Linköping University has a representative in the cast. 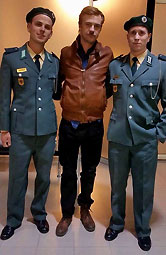 At home in Linköping, Simon is taking the international business and economics programme with a specialisation in Spanish. He spent the third year of the programme in the capital of Peru, Lima. During the long Christmas vacation, he found time to go backpacking and visit several South America countries. Pure chance and his Germanic appearance led to his time in Colombia becoming a memory for life.

Representatives from the production company visited the hostel where Simon was staying, looking for people with a Germanic appearance. In one scene, Pablo Escobar and his family try to enter Germany, and meet a border guard played by Simon.

“We thought we would give it a chance. The production was much larger than I expected, and it was great to be part of it!”

The role in “Narcos” is not the only one that Simon took during his time in South America. He has a small role as “Tough Guy” in the Bolivian romantic comedy “Engaño a primera vista”. This was a role he landed after an agent noticed him in a shopping centre.

It remains to be seen whether Simon’s acting career will continue after “Narcos”. His initial priority is to complete the final year of the international business and economics programme, where he is also educational secretary in ELIN, the association of economics students. Simon points out that he has had great fun while acting, and reluctantly agrees that it was not only luck that gave him the roles: he does have a certain amount of acting talent. But asking whether he received any salary for the work is met with laughter.

“I got 300 Swedish kronor and three good meals. The greatest profit was the opportunity to boast about being involved with the series.”