Alumni from Linköping University contribute to society in many ways. Here are some examples of successful alumni. 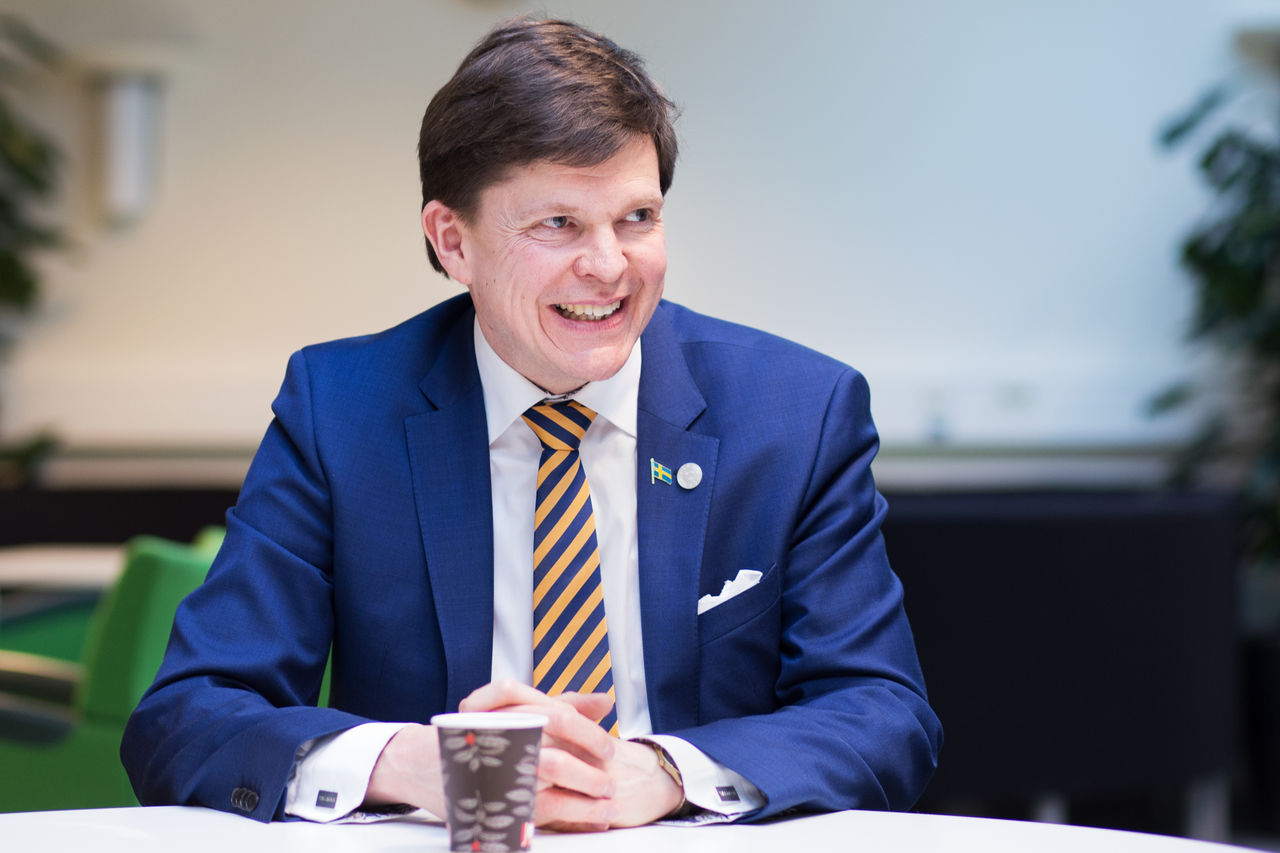 Nashwa Eassa, physics researcher and founder of the organisation Sudanese Women in Science

Nashwa Eassa is an alumna from the international master's programme in material physics and nanotechnology at Linköping University. She is a successful researcher in physics and has recieved several international prizes for her research. In 2013, she founded the organisation Sudanese Women in Science to support women researchers in Sudan. She is also involved in OWSD, Organization for Women in Science for developing countries, where she supports young women who are aiming for an academic career. In 2019 Nashwa Eassa was awarded an honorary doctorate by the Faculty of Science and Engineering at LiU.

Andreas Norlén has a master’s degree and a PhD, both in commercial and business law, from Linköping University. He was elected member of parliament for the Moderate Party in 2006, and was chair of the Committee on the Constitution 2014–2018. In September 2018 he was elected speaker of the Swedish parliament. The speaker’s job is to direct the work of the parliament.


Zhihua Zhong, Vice President of the Chinese Academy of Engineering

Professor Zhihua Zhong has a doctorate from at Linköping University, where he has also been assistant professor and tenured associate professor. His research interests include machinery, design, automobile design and manufacturing technology. He was president of Hunan University 2005–2011 and of Tongji University 2016–2018. In 2005 Professor Zhong was elected as member of the Chinese Academy of Engineering, CAE, and in 2018 he became its vice president.

From LiU student to minister

Åsa Lindhagen took a master’s degree in engineering at Linköping University. Now, 10 years later, she has been appointed minister for gender equality. The advice she gives to today’s students: “Sit down occasionally and reflect. Think about how you can contribute to society.”

Care for the newly delivered gives Alumna of the Year award

A cry of delivery resounds across Sweden. Women are telling their stories of birth injuries, and they are demanding the right to professional care. In the eye of the storm stands gynaecologist and Alumna of the Year Eva Uustal.

The number of people seeking refuge has never been as high as today. Suad Ali is an expert on Sweden’s refugee quota, and has worked tirelessly for refugees worldwide. She is one of Linköping University’s two Alumni of the Year.

How LiU stays in touch with former students