Each year, Linköping University chooses two Alumni of the Year to recognise the work and commitment of previous students.

To be chosen as Alumni of the Year, the candidate must have studied at Linköping University for at least two years on a full-time basis, and subsequently achieved highly, devoted her- or himself to an important cause or done something else worthy of recognition.

Nominate someone for Alumni of the Year

To nominate a candidate for Alumni of the Year, email alumni@liu.se, including the candidate’s name, programme of study, a brief description of what the candidate has done and of why you feel she or he deserves the award. 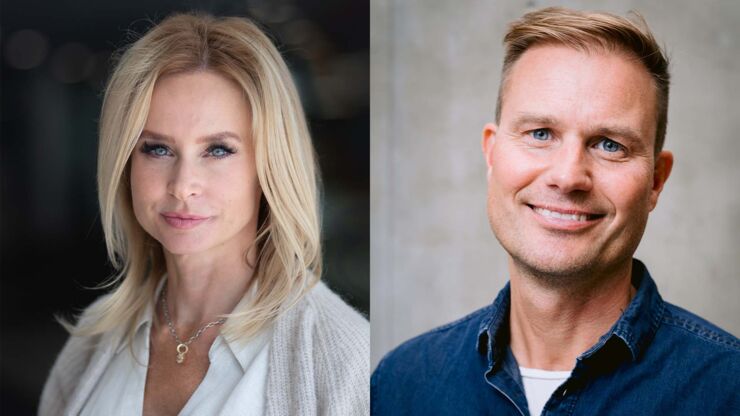 Alumni of the Year are Cecilia Bödker Pedersen, general secretary of the Storasyster organisation, and Martin Hultman, docent at Chalmers University of Technology. They received their reward on 8 October at a ceremony at Campus Norrköping.

Cecilia Bödker Pedersen took the Social Work programme at LiU and was appointed general secretary of Storasyster in 2014. Under her leadership, the organisation has grown and achieved a major impact not only in social media but also in traditional channels. She receives the award for her work to support many of those affected by sexual violence and to increase knowledge about it.

Martin Hultman took the Social and Cultural Analysis programme and went on to research education in the Department of Thematic Studies – Technology and Social Change. He receives the Alumni of the Year award for his powerful work in setting the spotlight onto important questions of climate denialism, which has received attention both within Sweden and abroad. 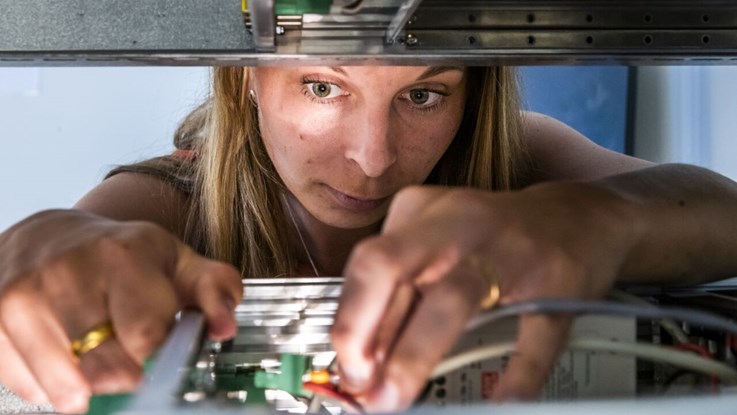 Around four million people die every year from diseases caused by the smoke they inhale when cooking over an open fire. This is a problem that this year’s Alumna of the Year, Linnea Bergman, hopes to solve. 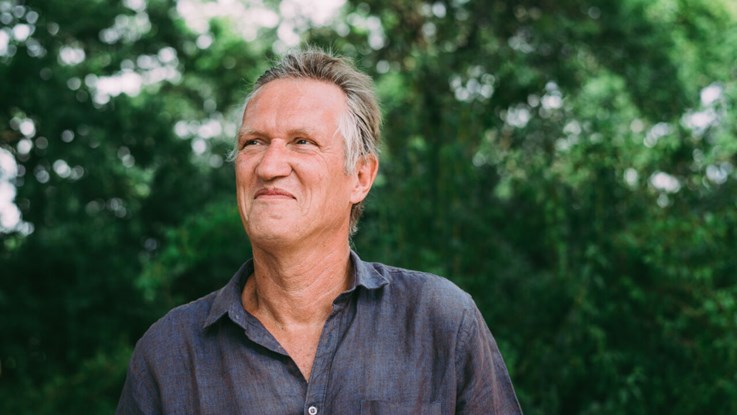 Combatting an elusive coronavirus with patience

State epidemiologist Anders Tegnell stood in the centre of events when the novel coronavirus started to spread around the globe. He is one of the Alumni of the Year for 2020. 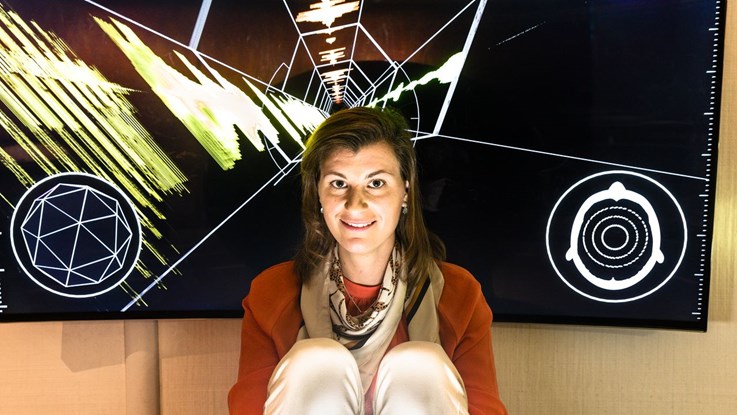 Put two cans, Classic and Light, of fizzy drink into water. One floats, the other sinks. Magic! Sara Magnusson wanted her Experimentfabrik to make children curious. But they must also be able to read, so today she’s measuring reading ability.

Speaker of the Swedish parliament Andreas Norlén, alumnus from Linköping University, shares his views on democracy and describes how they guide him in his work. 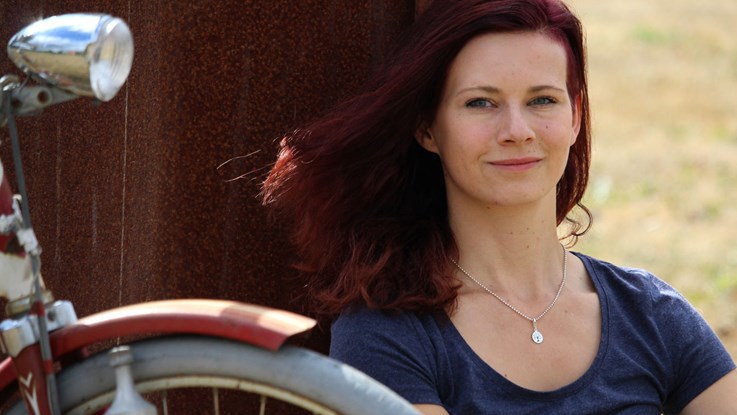 A passion for protecting biological diversity

Optimism or pessimism? Rebecka Le Moine, conservation biologist and Alumna of the Year 2018, prefers optimism. With limitless energy she works to spread knowledge about everything that we can do to preserve biological diversity. 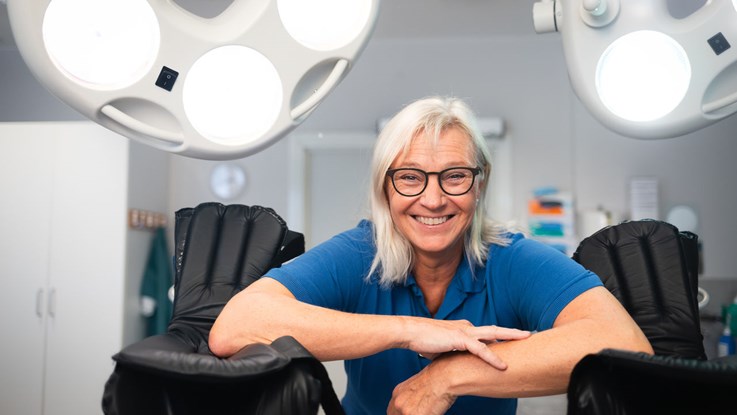 Care for the newly delivered gives Alumna of the Year award

A cry of delivery resounds across Sweden. Women are telling their stories of birth injuries, and they are demanding the right to professional care. In the eye of the storm stands gynaecologist and Alumna of the Year Eva Uustal. 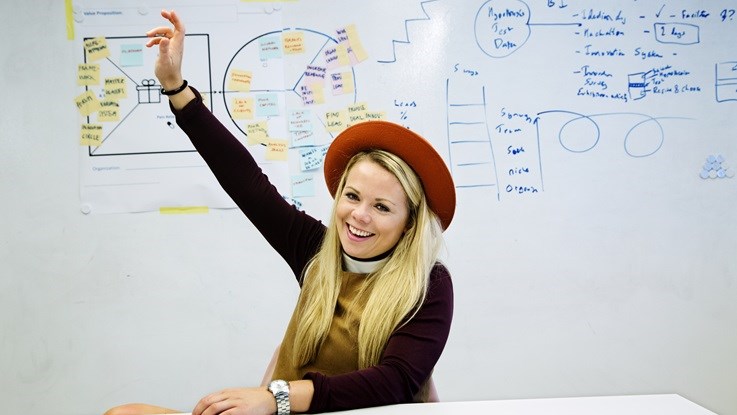 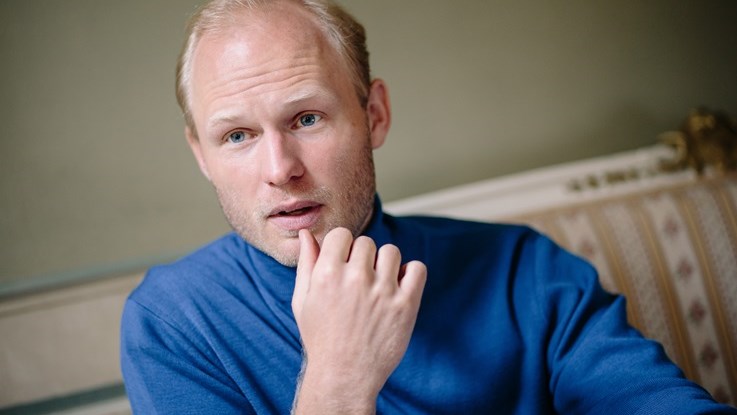 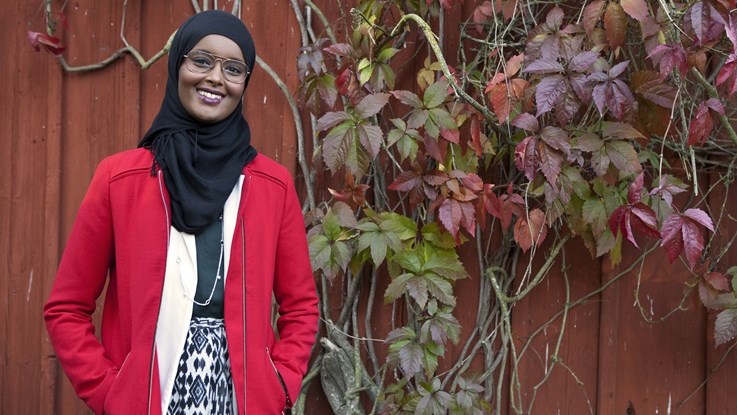 The number of people seeking refuge has never been as high as today. Suad Ali is an expert on Sweden’s refugee quota, and has worked tirelessly for refugees worldwide. She is one of Linköping University’s two Alumni of the Year. 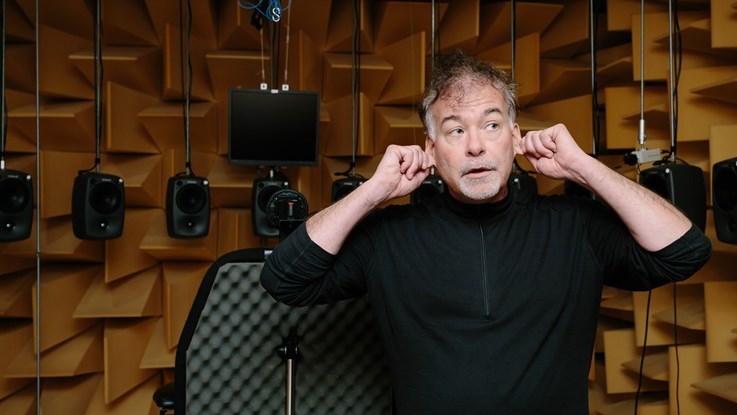 Thomas Lunner – one of this year’s Alumni of the Year

Thomas Lunner’s research has given improved hearing to millions of people with impaired hearing. He has been chosen as one of this year’s Alumni of the Year. 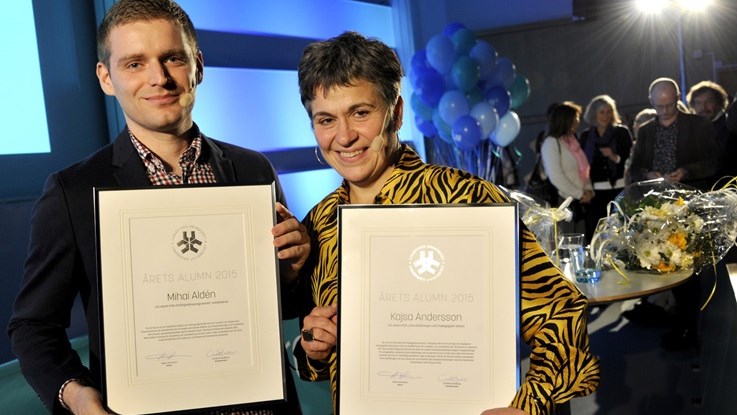 Having fun on the job is a common denominator for the Alumni of the Year 2015: Mihai Aldén, Oscar-winning developer at DreamWorks Animation in Los Angeles, and Kajsa Andersson, award-winning vice-chancellor for Skäggetorpsskolan. 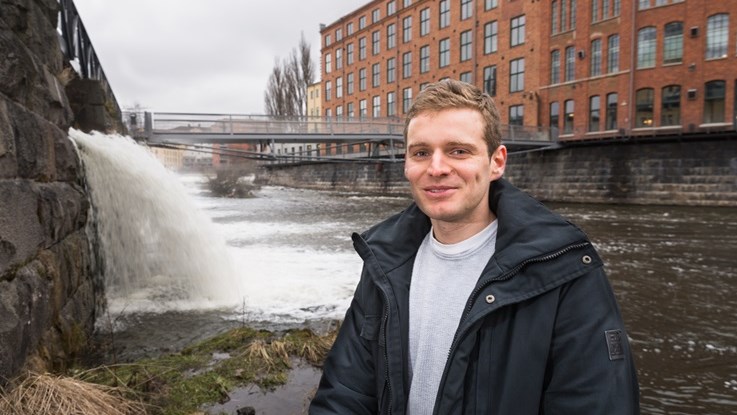 LiU alumna from Literary Studies, who uses her passion for social issues, her artistic talents and her knowledge of literature to enable others to express themselves freely.

LiU alumnus from Business Administration, who has had a remarkable career, starting out on the sales floor and advancing to CEO of a world-leading corporation.

LiU alumna from Industrial Engineering and Management, who inspires others by way of her fascinating career and her efforts to see more women reach senior management roles.

LiU alumnus from Medicine, who combines a successful career as a researcher with his practice as a paediatrician, and generously shares his knowledge and engagement.

LiU alumna from Education, who is passionate about sustainable, joyful learning – outdoors and with one’s whole body – in science and engineering.

LiU alumnus from Culture, Society and Media Production, who can convey knowledge to a TV audience in a way that is easy to grasp, in fields as diverse as hard rock and neo-gothic church architecture.

LiU alumna from Social Work, who works to bring improvements to elderly care.

LiU alumnus from Mechanical Engineering, who contributes to a sustainable world by creating new products out of surplus materials from the industrial sector.

How LiU keeps in touch with former studentsShow/Hide content