Violence and abuse against children with disabilities

It has long been known that children with disabilities are subject more frequently to violence from peers, violence in the home, sexual abuse, forced sterilisation, forced abortion and violence when receiving treatment. Despite criticism from the UN, Sweden lacks a comprehensive picture of the situation for these children. Two LiU researchers have surveyed our knowledge in this area, under the auspices of the Ministry of Health and Social Affairs and the Children’s Welfare Foundation Sweden. 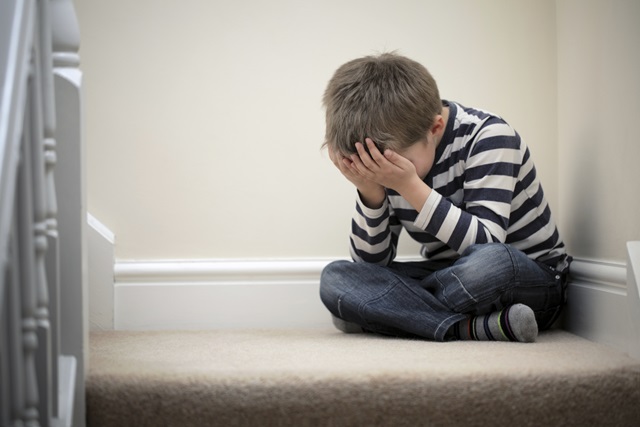 “Children with disabilities have the same rights as other children, but it seems that these rights are not followed. Our report demonstrates what may be a first step towards improving the situation,” says Carl Göran Svedin of the knowledge centre Barnafrid at Linköping University. He is one of the researchers who have surveyed the Swedish research published around children with disabilities and the extent to which these children are subject to violence and abuse.

Sweden’s deficient knowledge about children with disabilities and the violence and abuse that these children are exposed to has been criticised. Both the UN Committee on the Rights of the Child and the UN committee established by the Convention on the Rights of Persons with Disabilities have requested information and statistics about violence against children with disabilities. Against this background, a survey of knowledge of the total exposure to violence and abuse has been collected.


Mistreatment in the home

One of the conclusions of the report is that children with chronic disease or disabilities are subjected to bullying twice as often as children without such conditions. The studies also show that physical mistreatment occurs principally in the home, while bullying occurs at school or online. Of 20-year-olds with disabilities, 15% stated that they had been beaten, bitten or kicked by their parents while growing up.

“Attention must be drawn to the increased stress experienced by parents of children with disabilities, and to the taboo that appears to arise between professionals and parents when talking about this stress,” says Carl Göran Svedin.

The report’s authors conclude that information and further education are required within most areas in which adults meet these children. This is true not only for parents and relatives but also for professionals in schools, the medical and social care systems, and the legal professions. More knowledge must be introduced also into the undergraduate education given by institutions of higher education.

The authors present several proposals that may lead to improvement:

- Strategies and preventative measures that deal with violence and abuse against children must include a disability-based perspective.

- The education in sex and inter-personal relationships given by schools for children with disabilities should be modernised such that it contains a balance of relationship skills, the affirmation of sexuality and knowledge about risks and violence.

- Knowledge about violence should be compulsory in undergraduate education intended for people who will subsequently work with children.

That children have spent more time on digital media during the pandemic isn’t necessarily a bad thing. However, according to a researcher from LiU, a very important factor is what they do when they are there, and if they have company.

It used to be common that adopted children made return trips to their birth countries. Today such trips are made where the entire family travels. A doctoral thesis has studied return trips and found that in many ways the focus is also on the parents.

Linköping University is to receive an additional SEK 16.6 million from the Swedish Research Council. The funding is for a project about children as creators of cultural heritage.

Children in social care have poorer mental health and perform worse in school than other children. But they have trust in the school staff and perform better after individual assessment at school. These are findings in a docoral thesis from LiU.

Researcher Judith Lind has studied how staff at fertility clinics view the assessments that childless couples and women undergo in order to access assisted reproduction.

Children should be able to grow up without the fear of threats and abuse. The national knowledge centre Barnafrid has its direction clearly defined – but its task is demanding.

What must a parent do, to be seen as a good parent? Which norms and values are linked to good parenthood? An anthology by researchers from Child Studies looks into these questions.

Talking about suicide is associated with such strong stigma that young people whose parents have taken their own life must turn to strangers, for example people they meet on the internet, to ventilate their grief.

Children from families that are under psychosocial stress during pregnancy have higher levels of the stress hormone cortisol and are more prone to common childhood illnesses, according to a doctoral thesis at Linköping University.

"You can always look better"

Anette Wickström has studied the importance of norms when young people are offered correction of their teeth and bite.

Young people meet buyers of sex via the net

For young people not doing well in life, the likelihood is great that the internet becomes an area for sexual contacts. For some, that knowledge leads them to start selling sex

A good parent should be self-sacrificing, happy and have a lot of time for their children. These are the findings of a study based on how adoptive parents are described in investigation reports prior to international adoption.

How do children learn to understand mathematics? And what is the best way for teachers to support them? These questions are being asked directly in the classroom where a LiU researcher is working together with teachers. Children need to be given time to think about their mathematics.

LiU is home to extensive research on children, young people and perspectives on childhood. The research is multidisciplinary and is conducted at several different institutions.