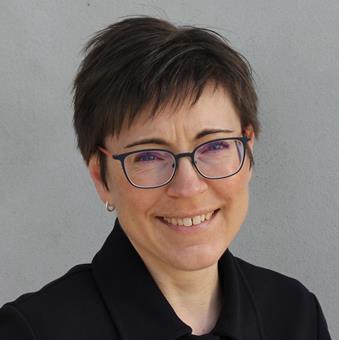 My research deals with creative processes, fictional worldbuilding and the significance of space and place for writing in a globalized world. Another recurrent interest is the essay, as genre and mode, in history and in contemporary culture.

I am interested in the conditions and outcomes of creative processes, particularly in literature: What is, for instance, the significance of space, place and mobility for literary writing, for form, and for the self-presentations of authors? How are traditional views of the spaces and places of writing being challenged by the forces of globalization and by the spatial mobility of society? How could we understand fictional worldbuilding as a collective and cumulative process, involving multiple agents, genres, and media? What have been the functions of idleness and leisure for the development of the essay genre and for essayistic reflection?

Funded by the Swedish Research Council (2018–2021), my latest research project was called “Writing in Transit: The Poetics and Politics of Space in Contemporary Literature” (joint with Andreas Nyblom). Our working hypothesis was that writing is currently being rethought in terms of its spatial connotations. Contemporary literature increasingly seems to link writing to spaces of transit and transport, and real equivalents of such spaces (e.g. Heathrow Airport) engage writers in residence to write at the airport or on board trains.

Associating writing with mobility, urban public spaces and globalised modernity poses significant challenges to traditional ideas of literary creation – and when transit spaces are perceived as vital literary spaces, recognised theories of such locations as non-places are called into question. The main purpose of our project was to examine the relationship of contemporary constructions of writing space and authorship to the increased spatial mobility of society. From the perspective of three spaces of transit – airports, trains and underground railways – the project analysed the poetics (aesthetic objectives) and politics (aspects of power and publicity) involved when those spaces are invoked by writers and other agents, either by choice or by commission.

Idleness, withdrawal and the essay

A lasting research interest of mine has been the essay genre and essayism as a mode of thinking and writing. Att slå dank med virtuositet: Reträtten, sysslolösheten och essän (ellerströms, 2018, monograph written in Swedish) sums up my work on the essay in a specific context: the aim was to explore the essay and essayistic discourse in relation to motifs like idleness, leisure and retirement/withdrawal from society.

Since Michel de Montaigne, the image of the gentleman amateur with enough time on his hands to read, write and contemplate has often been cherished among essayists. Claiming that idleness was one of his chief characteristics, Montaigne modelled his withdrawn and idle existence on the ideal of the contemplative life, recommended by ancient philosophers as well as Christian church fathers, but turned it into a secular art of living. In the centuries that followed, contemplative idleness served as a key feature in the self-fashioning of many essayists, but since the rise of industrialism and capitalism, and due to changing conceptions and more positive evaluations of work, the posture as idler or the essayistic praise of idleness grew increasingly problematic and contradictory.

Possibly, the concurrent professionalization of the author brought major challenges to this self-understanding of the essayist as well, and to the belief in the importance of idle contemplation for creativity at large. In my book, I follow the intertwinings of the essay and motifs of idleness and withdrawal from the point of view of four essayists/essayistic writers from different periods: Michel de Montaigne, Charles Lamb, Virginia Woolf and Jenny Diski.

The major part of my teaching has been conducted in comparative literature at Linköping University. In connection with my research, I have developed a course on the essay genre, “Essän från Montaigne till medieåldern” (“The essay from Montaigne to the media age”), as well as a course on the themes of idleness and leisure in literary history, “Lättjans litteratur”, comprising examples from Homer and Seneca to Valerie Solanas and J.M. Coetzee.