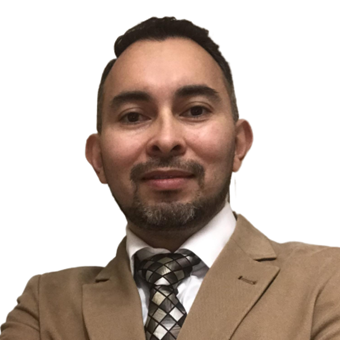 Next, he decided to study the utility of chemical modifications of nucleic acids probes as a postdoctoral researcher at the Nucleic Acid Center, University of Southern Denmark. This period of training considerably expanded his expertise in nucleic acid-based technologies. Later on, he moved to the USA, to the University of Iowa Carver College of Medicine, where he had the opportunity to apply his previous background to biological problems, using experimental tools such as cell cultures and animal models of disease (cancer and infectious diseases).

As result of this postdoctoral work, he co-developed a drug delivery system with a novel drug release approach (Hernandez et. al, ChemComm, 2014, 50, 9489-9492). He also demonstrated the utility of nucleic acid aptamers as responsive molecules using mesoporous nanocapsules for drug delivery and targeting cancer cells (Hernandez, et. al., ChemComm, 2013, 49, 1285-1287). All this previously packed knowledge led him right into the pioneering of an optical activatable fluorescence probe for detecting bacteria in vivo, which is a novel system for targeting microoganisms (Hernandez et. al., Nature Medicine, 2014, 20, 301-306).

Later, he joined the University of Basque Country and the Biodonostia Health Research Institute (Spain), working in the diagnosis of cancer using hybridization systems based on nucleic acids. He is inventor in several patents and the co-founder of a Start-up company (Donostia, Spain) based on the novel activatable probes for detecting relevant pathogens. Most recently, his group has reported the utility of nuclease activity as biomarker in cancer (ChemComm, 2016, 52, 12346-12349).

At Linköping University, Frank is a WCMM fellow in the Department of Physics, Chemistry and Biology (IFM) and the Group Leader of the Nucleic Acids Technologies Lab (NAT-Lab). His lab is exploring the utility of nucleases as biomarkers of disease. The main research goal is to develop novel diagnostic and therapeutic strategies using nucleic acid probes for cancer and bacterial infections. NAT-Lab is also exploring the construction of MRI-activatable probes with the ambition of translating this technology into contrast agents for clinical use.

The Nucleic Acids Technologies Lab explores the use of nucleic acids as biorecognition molecules to develop highly specific and sensitive systems, with various detection modalities.

The division is active in the field of nanomaterial and molecular thin film physics and spectroscopy.