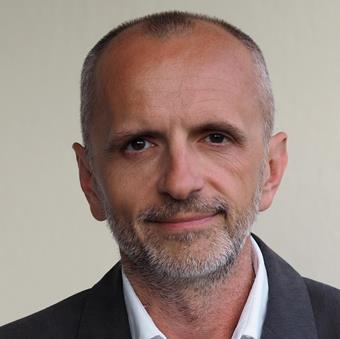 My research interests are presently focused on low-energy ion/surface interactions (including both gas and metal ions) for nanostructure control during low-temperature growth of transition-metal-based nitride, boride, and carbide thin films by physical vapor deposition. In addition, I'm active in the field of X-ray photoelectron spectroscopy (XPS), with the aim to develop nondestructive analysis methods and to increase reliability of the technique.

I received my MSc degree in Materials Physics in 1997 from University of Science and Technology, Krakow, Poland as well as from Linköping University, Sweden.

In 2001 I obtained PhD in Materials Physics for the thesis “Photoelectron Spectroscopy Studies of Conjugated Polymer Surfaces and Interfaces for Organic-based Light Emitting Devices” under supervision of Prof. William R. Salaneck and the opponent was Prof. Hans Siegbahn.

Between 2001 and 2008 I worked in industry, first for Thin Film Electronics AB and later for Chemfilt Ionsputtering AB. The latter company pioneered the novel magnetron sputtering technique - high-power impulse magnetron sputtering (HiPIMS or HPPMS) which has become very popular in the recent years.

In 2009, I rejoined academia as an Assistant Professor of Thin Film Physics working with Professor Lars Hultman. My close collaborators are Professors Joe Greene and Ivan Petrov from University of Illinois (USA) and Professor Jochen Schneider from Aachen University (Germany).

In 2018 I was nominated Fellow of the American Vacuum Society for "seminal contributions to nondestructive XPS surface analysis, and the development of novel next-generation HiPIMS metal-ion deposition techniques".

X-ray photoelectron spectroscopy (XPS) is often used to determine the chemical composition of materials. It is accepted as a standard method in materials science. Researchers at LiU, however, have shown that the method is often used erroneously.