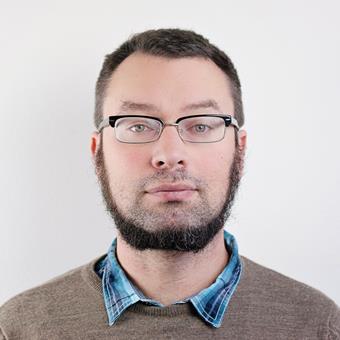 I work with studies of Deep Brain Stimulation (DBS), which is a technique for disrupting pathological overactivity in the brain in e.g. Parkinson’s disease.

In certain neurological conditions, such as Parkinson’s disease, there is overactivity in central areas of the brain that fine-tunes the movements of the body. This can result in symptoms such as tremor and rigidity in the patient. These symptoms can be reduced greatly by destroying or jamming a small part of the overactive area.

I work with technical methods for this such as radio frequency (RF) ablation, where a temperature-controlled high frequency current is used to thermally coagulate tissue, and deep brain stimulation (DBS), where a chronically implanted electrode is used to jam the pathologic activity. I perform simulations with the finite element method (FEM) in order to estimate the affected volume around the electrode and I perform diffuse reflection spectroscopy and laser Doppler flowmetry during implantation of electrodes in order to confirm correct placement and avoid rupturing larger blood vessels. I have also been a postdoc at ICFO – The Institute for Photonic Sciences in Spain where I studied effects on blood volume, oxygen saturation and flow with optical techniques.