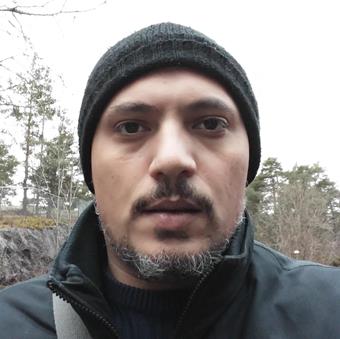 I study the social consequences of the impact of AI-powered cars on real traffic. Based on a sociological understanding of interaction, not only as a human activity, but increasingly technologically and algorithmically mediated. Therefore, I adopt an interdisciplinary perspective based on anthropology, sociology, linguistics, computer science and human-machine interaction.

In traffic interaction, human drivers may wave, look, and sometimes talk or yell at each other. AI vehicles currently lack these resources, which is one of the many reasons it's difficult to interact and coordinate with them and others. Driverless cars are now becoming more common on our roads, and my work aims to better understand how these cars can be integrated into socially organized traffic and co-exist with human drivers in a new emerging "moral highway system".

I use a multimodal interaction analysis, based on a conversation analysis and ethnomethodological approach; where through the use of video recordings it allows to obtain a detailed understanding of how humans and machines interact with each other.

The Language and Culture research environment.