Biogas doesn’t solve just one or two of the world’s huge environmental challenges: it solves three of them! Or it would, if countries used the Nordic model. In fact, biogas can play a part in achieving all 17 of the UN’s sustainable development goals, one way or another. 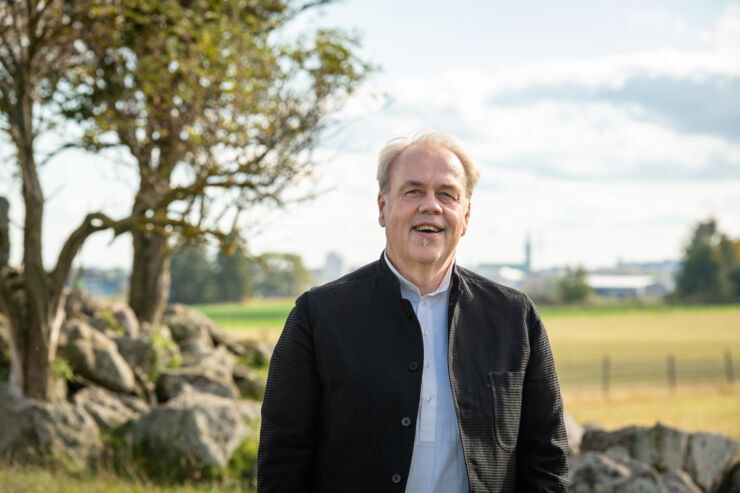 “If biogas is produced properly,there are no disadvantages. Most other sources of energy involve some form ofhazards or risks, and researchers normally refer to this as problem exchange.Nuclear energy may be advantageous from, for example, a climate-changeperspective, but it involves major risks and problems with waste.”, says Mats Eklund. Magnus Johansson

Waste management, the use of renewable fuels and achieving sustainable food production – these major challenges are facing cities and the surrounding countryside all over the world. Huge amounts of waste must be managed, the transport system and public transport must be expanded and function efficiently, and agriculture must produce food in a rational manner. And this is all to be done in an eco-friendly and climate-smart manner.

Mats Eklund, director of the Biogas Research Center, claims that biogas can solve these three problems. Seeing biogas only as a fuel, which we often do in Sweden, leads us in the wrong direction.

“Yes, that’s what we think. We very much want to stimulate a broader, systemic view. Biogas is an excellent fuel with benefits for the climate, but it is also much more”, he says.

The nordic model for biogas production.

These three areas are linked in the Nordic model for the production and consumption of biogas. Waste-water sludge, waste from abattoirs, and other food waste can be collected and used as raw material to produce biogas. The gas is then upgraded to vehicle fuel, which is an excellent fuel for town buses, while the biofertiliser produced as a by-product can be used as plant nutrition in agriculture. From a climate perspective, the product is preferable to both fossil mineral-based fertilisers and natural manure.

“This model could be used all over the world, and we are seeing an interest from international actors. They have to solve problems with waste, waste-water treatment and plant nutrition anyway, often at considerable cost, and here you can almost regard biogas as something they get for free”, says Mats Eklund.

A BRC report from a few years ago showed that biogas can actually contribute to all 17 of the UN’s sustainable development goals. Some are immediate and easy to understand – climate action, responsible consumption and production, and affordable and clean energy, for example – while others are less direct. You could ask: how does biogas actually have to do with no poverty, good health and well-being, or gender equality? 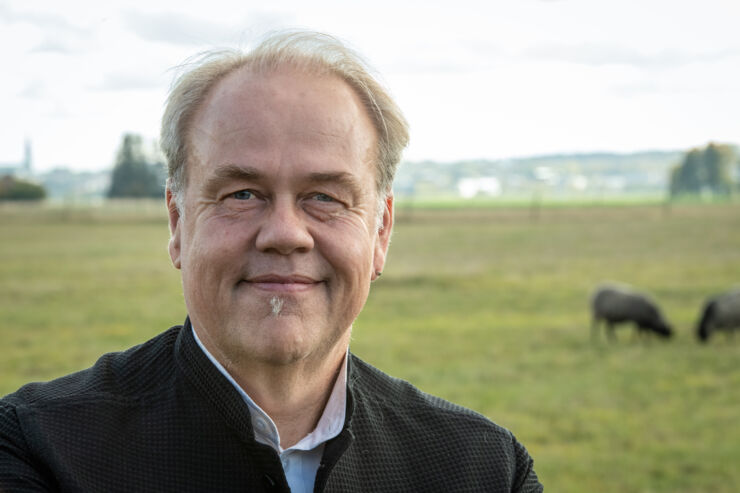 “Sustainability has become a burning question, and no one can oppose it. But I’m very worried that most focus will go to administrative measures and not so much to true change. It’s often more cost-effective for companies to market sustainability than to make real changes in their business models.” Photo credit Magnus Johansson

Well, you see – small digestion chambers in African villages can produce biogas, and provide fuel for cooking and biofertiliser for crop cultivation. The consequences are that forests are under less pressure when felling is reduced, hygiene is improved when waste is managed in a sensible manner, and the risk of eye and lung diseases is reduced when the amount of smoke from open fires falls. The situation of women and children, who are often compelled to walk long distances to collect wood, is also improved when biogas is used.

Closer to home in Sweden, biogas can contribute to increased employment, a more secure energy supply, and regional development. These are just some examples.

Everything sounds just amazing - right? But the great strength of biogas – the fact that it has many different benefits – is also something of a weakness.

“Yes, unfortunately the implementation can often become rather complicated”, says Mats Eklund. “We live in a society in which different sectors are tightly separated from each other, and this makes it difficult to join different parts. The management of different issues is fragmented, and often deals with one area at a time, where the areas are far too rigidly defined. This has, for example, led to the electrification of transport being seen as the only solution to climate challenges.”

“Implementation is also more difficult since legislation and markets in several areas must work at the same time and in a coordinated way.”

Even though biogas has other weaknesses – such as a history in which no large companies with generous advertising budgets have driven development – Mats Eklund is reasonably optimistic about the future. One reason for optimism is the investment by Scania and Volvo into liquid biogas for long-distance freight transport, while another reason is a newly awakened commercial interest among private actors in producing and selling biogas.

The year of biogas

The development of biogas has historically been carried out primarily by municipalities and municipal companies – such as Tekniska verken. Several private commercial actors, such as Gasum, Scandinavian Biogas, Air Liquide and Hitachi Zosen Inova, have now established themselves on the Swedish market.

“And the Dutch company Orange Gas has recently arrived in Sweden. It has a completely new concept of filling stations that sell only fuel from renewable sources”, says Mats Eklund. 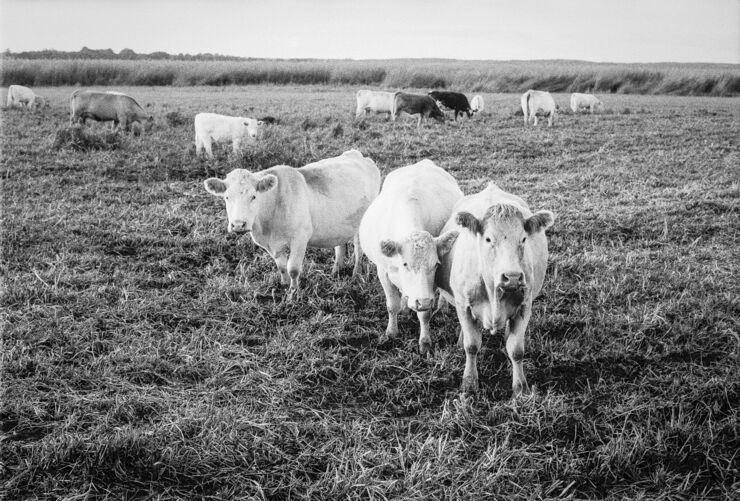 Maybe 2021 will be the year in which the use of biogas in Sweden turns the corner. The director of BRC also mentions a major government inquiry into biogas, published in the spring of 2020. It suggested that the government should pay for the added values that biogas brings, and view it as an integral part of sustainable development in many areas. Inquiry chair Åsa Westlund (from the Swedish Social Democratic Party) has said publicly that a sustainable Sweden will only come about through increased use of biogas.

“This may be the game changer that biogas requires”, says Mats Eklund.

As researcher, he never ceases to be fascinated by the opportunities and challenges of biogas. There is a huge potential, and the systems are complex – and thus research here is both exciting and important. In the case of electrification, industry, the green movement and politicians have linked arms and agreed that it is a Good Thing. There’s nothing wrong with that, but it may not be as exciting for the research field.

“We are trying to base our work on the perspectives of citizens, consumers and sustainability, and we emphasise values that others tend not to talk much about. Biogas for me is the Formula 1 of research.”

Possible models for a sustainable economy

What are the factors that influence the introduction of a circular economy? How would such a conversion affect the environment and business? And how can you make such predictions – is it even possible? These questions are the focus of a new thesis.

The Climate Change Megagame was held on 21 November. This is a huge online game that simulates future climate change in Östergötland, with participants playing the part of various local actors.

We must change our patterns of consumption if we are going to reach global climate and environmental objectives, says professor Mattias Lindahl. He has since 2015 led a research programme in the circular economy and resource efficiency.

Studying the role of sporting activities in social sustainability

Sporting activities have become common in socioeconomically vulnerable areas. Politicians hope they can promote integration and bring down crime. But research shows that other initiatives are necessary in long-term work with social sustainability.

More sustainable transport – how is it possible? Using new technology and fuel from renewable sources is not enough: how the transport is organised and how consumers act are just as important. Do you really need to have these goods tomorrow?

From farm to fork and back again – that’s how nutrients should travel in a cycle. Professor Uno Wennergren carries out research into how we can use fertiliser better in order to prevent both hunger and problems with eutrophication.

The teachers working in some Norrköping preschools have been given a tough assignment: teach children aged from 1-6 years about sustainability. The work in the preschools is part of a research project at LiU.

It starts even before birth. Many aren’t aware that physical activity can affect the baby during pregnancy. Digital tools can support both child and parents.

How municipalities can make a difference

Agenda 2030 was adopted by the world’s leaders in 2015. “We have to make these disparate goals manageable in practice. Municipalities are extremely important in achieving this”, says researcher Sara Gustafsson.

“LiU is helping to build a sustainable society”

Sustainable development is and must be a strong profile element at Linköping University. “We are already doing a lot. LiU has excellent researchers contributing knowledge that benefits society”, says Vice-Chancellor Jan-Ingvar Jönsson.”