PhD-student: "I can’t think of a better job"

A truly interesting subject, lots of freedom, loads of time and the chance to get down to the nitty-gritty in an academic field. These are some of the reasons that Isabelle Bengtsson started doing a PhD. “I can’t think of a better job”, she says. 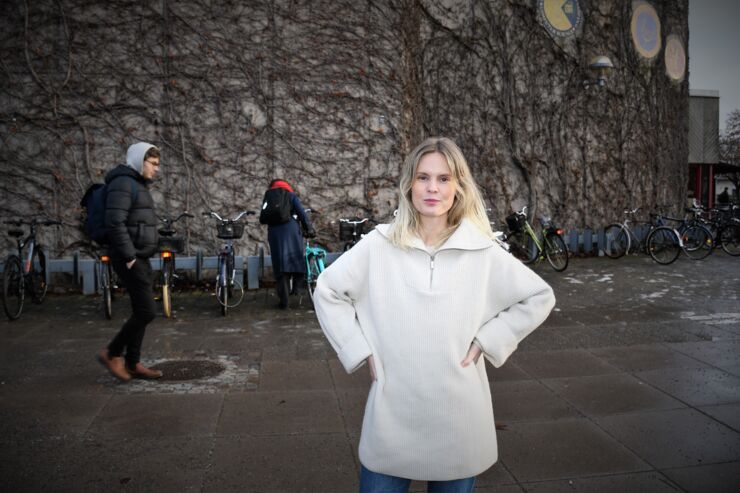 After her PhD, Isabelle Bengtsson can both see herself taking on roles outside academia and building a career as a researcher. “We’ll see what comes up. I think a PhD will be useful in lots of ways”, she says. Photo credit: Mikael Sönne 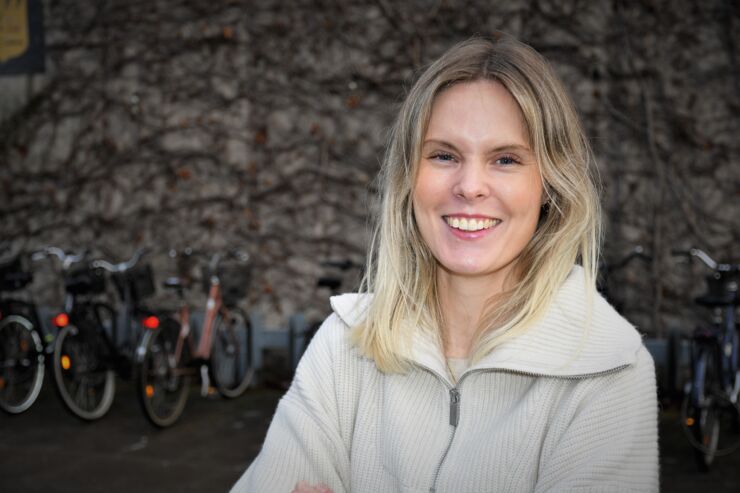 "These things appealed to me most: the freedom, and the fact that I enjoyed it", says Isabelle Bengtsson.

These are some of the main questions that Isabelle Bengtsson’s research on business law is to investigate, culminating in a PhD dissertation which will be finished around the summer of 2023. Having begun her PhD studies in 2019, Isabelle is now about halfway.

“I read an unbelievable amount”, she says. “Reading, writing and thinking are the most important parts of my work.”

“As to when the best ideas come, that can happen at other times, such as when out walking or running. It’s amazing that they can arise so spontaneously.”

Isabelle Bengtsson studied an undergraduate degree in law at Örebro University and worked for several years afterwards as a law clerk. But the prospect of doing research was never far from her mind, and when a friend told her that a PhD position had opened at Linköping University (LiU), the matter was settled. Of course she’d go for it!

“It was partly about the opportunity to really immerse myself in an interesting subject, and partly about the fact that I’ve always enjoyed writing and working independently. And I’ve always thought studying was fun. In fact, I might like to just stay at university forever”, she says, laughing.

“So yes, these things appealed to me most: the freedom, and the fact that I enjoyed it.”

What’s the best thing about being a PhD student?

“The independence, I’d say – the fact that you can plan and organise your own work. Obviously you have to stay within a certain frame, but you have a lot of freedom within that.”

And what’s the hardest?

“The fact that the most exciting thing can also be a pain from time to time. You have to keep going for a long time, several years, without really knowing where you’ll end up. It can be hard to know how it’s going, and you have to be prepared to think again and review your work during the journey.”

Teaching duties comprise up to 20% of Isabelle’s PhD work – something which she has found both more meaningful and fun than she initially expected. It helps her to maintain a wide range of knowledge on business law, and is a good social opportunity to meet students. In this respect, teaching is very different from research, which is largely done alone. 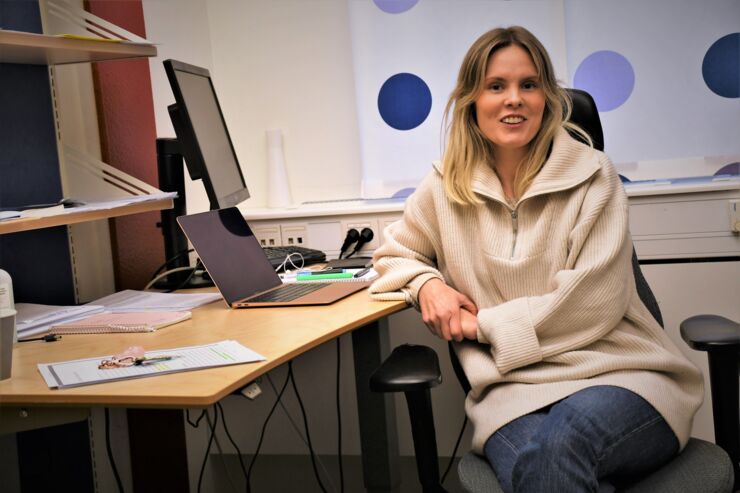 Isabelle Bengtsson in her office.

It’s hard to describe what a typical workday looks like, as that depends on which phase the PhD is in. Sometimes Isabelle reads a lot, and sometimes she writes a lot – at other times, there’s lots of teaching to be done. In the background of all this are her supervisors – one principal supervisor and two assistant supervisors – with whom she has regular meetings, and who she can ask questions when she bumps into them in the corridors.

Life as a PhD student is not just about getting to your dissertation defence and being awarded your degree – it’s also about an inner journey. Isabelle’s research focusses on questions of land ownership, European law and the trade-off between the individual and the collective. What she has been learning during her PhD is, meanwhile, so much more.

“Studying at the doctoral level is very rewarding. That is both true of the knowledge you acquire and your personal development. I’m learning a lot about life, and feel that I’m developing into a reflective and independent person who knows what they feel and think. That’s also important”, says Isabelle Bengtsson. 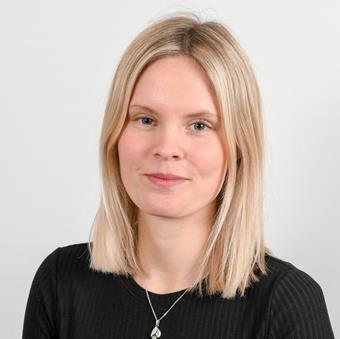 “I’ve always been interested in social questions, and the area of business law is broad and very significant for society. If you think about it, a lot in our daily lives is affected by laws and regulations. And business law isn’t just about following the rules – it’s also a tool that companies can use proactively. It’s very exciting.”

What one needs to do a PhD:

“The most important thing is to be truly interested in your subject, and ready to put the time into it. It’s important to do what feels good and choose something that really is your passion.”

“Be sure to draw a line between your work and your free time, and do things outside of work. Write a list of things that are going well, so that you can be reminded of them in harder times. Have smaller, incremental targets, and don’t focus too much on the dissertation that’s due in four years’ time. And start writing early! It doesn’t need to be perfect, and you can always rewrite and make changes. 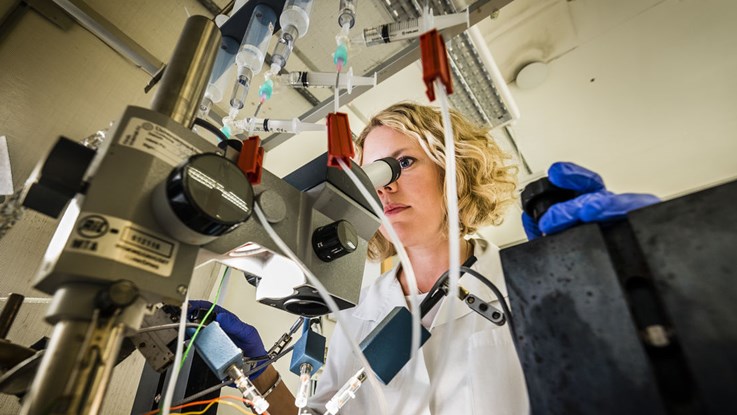 The division Commercial and Business Law educates future lawyers with specialisation in business. It is necessary to have an understanding of the commercial and business laws in order to create a successful career.