Democracy
is a fortunate exception – both today and historically. Worldwide, less than
10 % of the world’s population lives in proper democracies. And it’s difficult
to establish, but easy to destroy. Rule by the people is threatened by
power-hungry strongmen, by conflicts between parties and groups, and, not least, by lack of interest and a reluctance to take responsibility. But help can come from unexpected places. 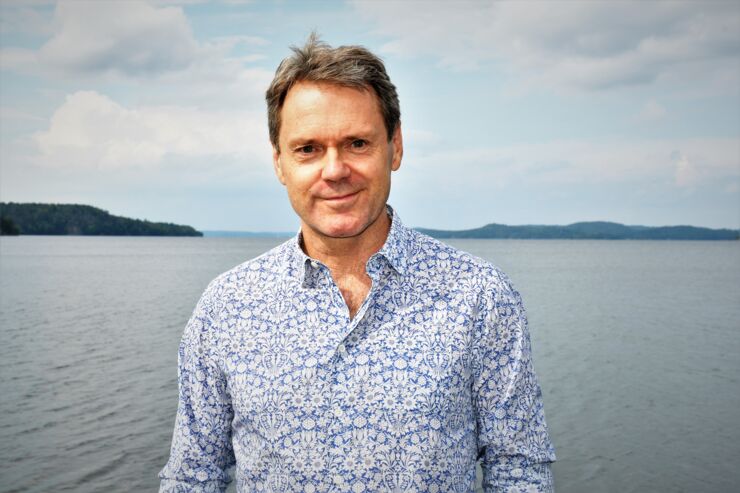 Summer! Niklas Ekdal by Lake Sommen, where he and his family have rented a summer cabinfor the past 10 years. Alongside swimming, exercise and relaxation, he isresearching a book about Sweden, to be finished next year. Photo credit: Mikael Sönne

Author, journalist and honorary doctor at LiU, Niklas Ekdal has written about the challenges of democracy for many years. These can come from authoritarian regimes in Russia and China, or from populist politicians in countries like the United States, Poland and Hungary. Populism leads to increasing tensions and a more toxic political climate. 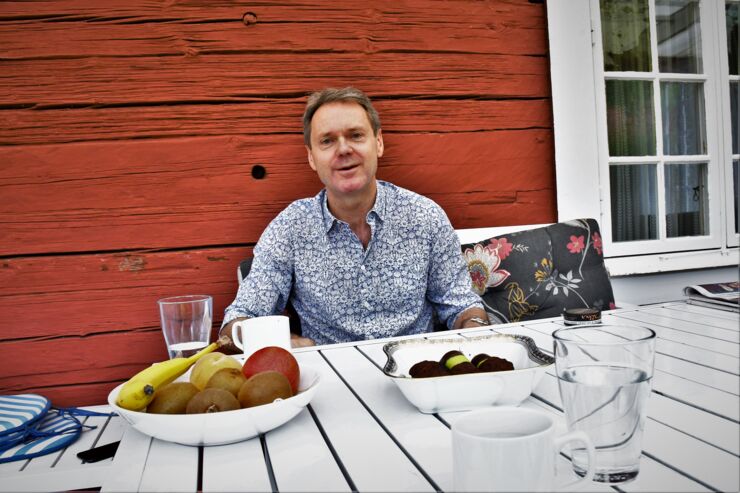 "In the worst case we end up with a vicious circle, where weak governments lead to poorer management of large public resources, which results in even more protest voting”, says Niklas Ekdal.

But the crisis is growing at home too. In Sweden the political parties have lost 80% of their members over the past 50 years, and fewer and fewer citizens want to work in politics, or to take responsibility for political decisions. Opinion journalists, experts and self-appointed pundits – sometimes described as the chattering classes – provide constant commentary on everything that’s happening.

The gap between political work and all the discussion about politics becomes problematical.

“As long as it’s more glamorous to be an editorial writer than a politician, we have a dilemma. /…/ Everyone can’t deliver commentary and demand accountability from the back seat. Someone has to do the driving”, wrote Niklas Ekdal in an article in Swedish daily Dagens Nyheter last spring.

As political editor at Expressen and Dagens Nyheter for 20 years, he was part of these developments himself. During his time at the helm, the editorial pages were disconnected from the political parties, and the opinions became freer, tougher and more personal. Previously the most important editorial texts were anonymous – the opinions were the newspaper’s. But now individual writers are in focus, with big bylines and their own columns.

This trend has continued, and accelerated, with the rise of social media. On Twitter, the toughest and funniest usually wins the debate.

“For the media, it’s easy and cheap to produce comments, compared to investigative journalism. For individuals, it’s a way to stand out and to build your personal brand”, says Niklas Ekdal, who uses Twitter mainly to link to his own articles.

The reduced interest in political parties is partly because people are getting involved in different ways, for instance through organisations. But it’s also a result of societal changes, in particular fragmentisation and individualisation. The parties’ demands for their members’ loyalty, selflessness and ability to compromise are no longer so attractive. 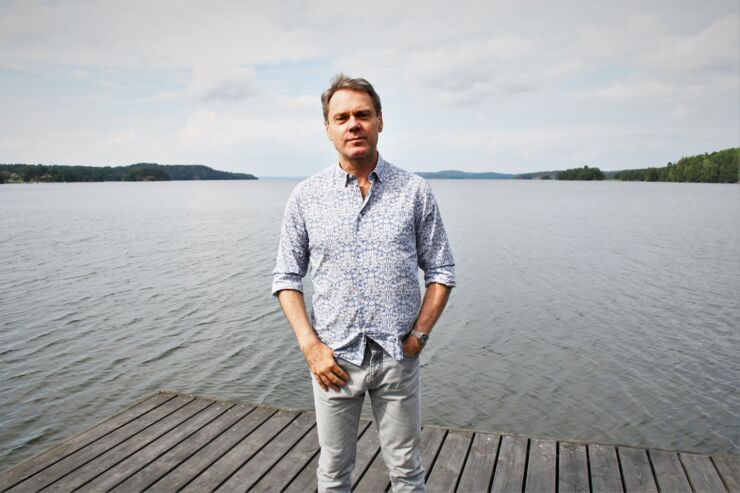 "It's important to solve the major societal challenges related to violent crime and migration - both to solve the problems themselves, and to avoid giving oxygen to populistic movements", says Niklas Ekdal.

“At the same time we know that politicians are in very vulnerable positions, and many are subject to threats and hate, which I think also deters people from political work”, says Niklas Ekdal.

Is the crisis of the parties necessarily a crisis for democracy? Can we envisage democracy without parties?

“It’s an interesting question that you should probably direct to a political scientist. But I think they would say yes, it’s hard to do without the parties in a parliamentary democracy. Without them it would be even more complex and difficult to demand accountability than today.”

Niklas Ekdal is currently working on a book about Sweden, due out in one year – the election year of 2022. Looking forward, he feels pessimistic – things can always get worse – but also optimistic. Swedish democracy is, despite everything, strong and resilient, especially in challenging times. Following the energy crisis and the recession of the 1970s, and the financial crisis in the early 1990s, the country recovered, building up something new and better.

Hopefully something similar can happen again – after the pandemic and the current serious problems with e.g. criminality and integration.

“Despite everything, Sweden has enormous social capital, a huge number of people with a lot of knowledge who want the best for society. They usually step forward when things get tricky”, says Niklas Ekdal.

“Perhaps we’ve been so fortunate in the past that we haven’t had to take responsibility as citizens before. Posting comments and protest voting has been enough. Look at the 90s: it wasn’t just a financial crisis, there was also the Laser Man, who shot numerous immigrants, and widespread racism. But against the odds, society recovered and today we’re much better off.”

In the positive scenario, established institutions like the Church of Sweden and the Swedish royal family, but also the trade unions, popular movements and political parties, can play an important part. Partly because the values of these organisations, and their history, but also because they help keep the debate civil, and can, at best, bring people together. 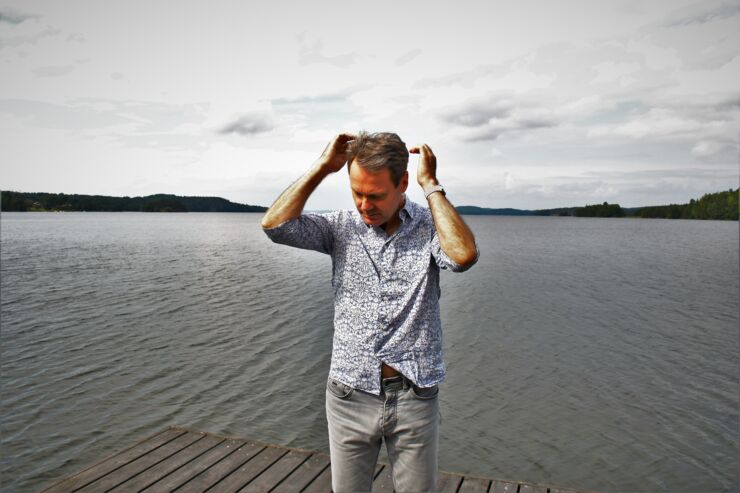 By the lake Sommen.

It’s rather surprising to hear this from Niklas Ekdal, a left-leaning liberal. He left the Church of Sweden 20 years ago, but rejoined in 2017. Culture, history, valuable social efforts – the church can be important even for people who don’t believe in God.

“The future will be what we make of it. With civil cohesion, goodwill and humanistic tolerance, we can manage the challenges we face today.”

Perhaps, he continues his train of thought, we can call it a new era of patriotism. Truly being a “Friend of Sweden”, taking responsibility and not just complaining. 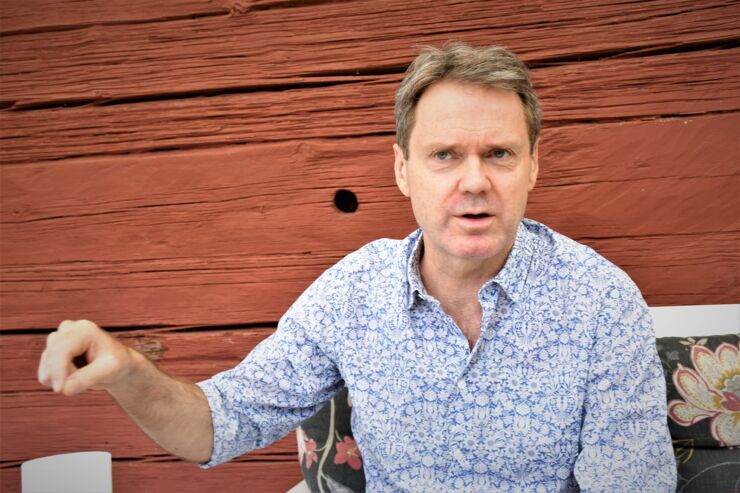 Background: Grew up in Kisa (55 km south of Linköping), attended Katedralskolan, a secondary school in Linköping. Studied history at LiU in 1981–82 while doing his military service. Numerous missions as UN soldier. Journalist at Vimmerby Tidning (local newspaper), followed by 20 years as editorial writer at Expressen and Dagens Nyheter (national dailies). Honorary doctor at LiU 2017. Author of ten books, including the autobiographical “Hur jag dog” (How I died).

Memory from LiU: I studied history while doing my military service and working for Vimmerby Tidning. This resulted in an excellent cross-pollination, where my studies improved my understanding of global contexts. History was so much more than antiquity.