Researchers from the Technical University of Denmark in collaboration with LiU researchers have now shown how white light can be produced from a single layer of silicon carbide. This is an improvement over previous results, in which only the warm white part of light could be produced. 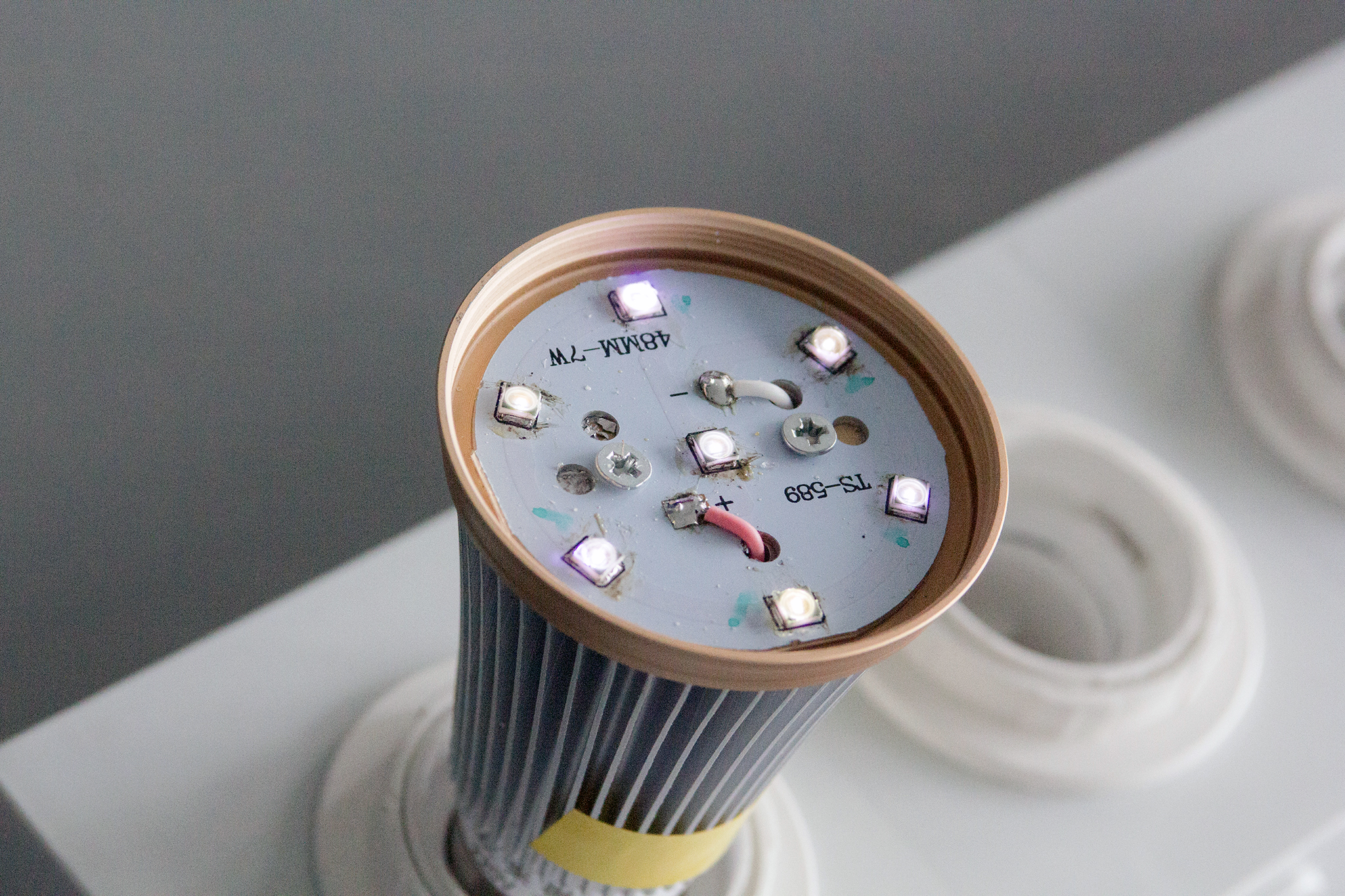 The white light-emitting diodes (LEDs) currently in use consist of a blue-emitting LED based on gallium nitride. A phosphor filter has been laid on top of this, to make the light whiter. The research that made this type of white LED possible received the Nobel Prize in physics in 2014. But these LEDs often suffer from a disadvantage – the light emitted has a bluish tinge that can be experienced as unnatural.

“The phosphor used in traditional white LEDs is degraded with time by the heat produced when the diode emits light. Silicon carbide, in contrast, can withstand high temperatures, and the estimated lifetime of such an LED is longer than 35 years. In addition, no scarce rare-earth metals are needed in silicon carbide LEDs,” says Mikael Syväjärvi, principal research engineer in the Department of Physics, Chemistry and Biology at LiU. 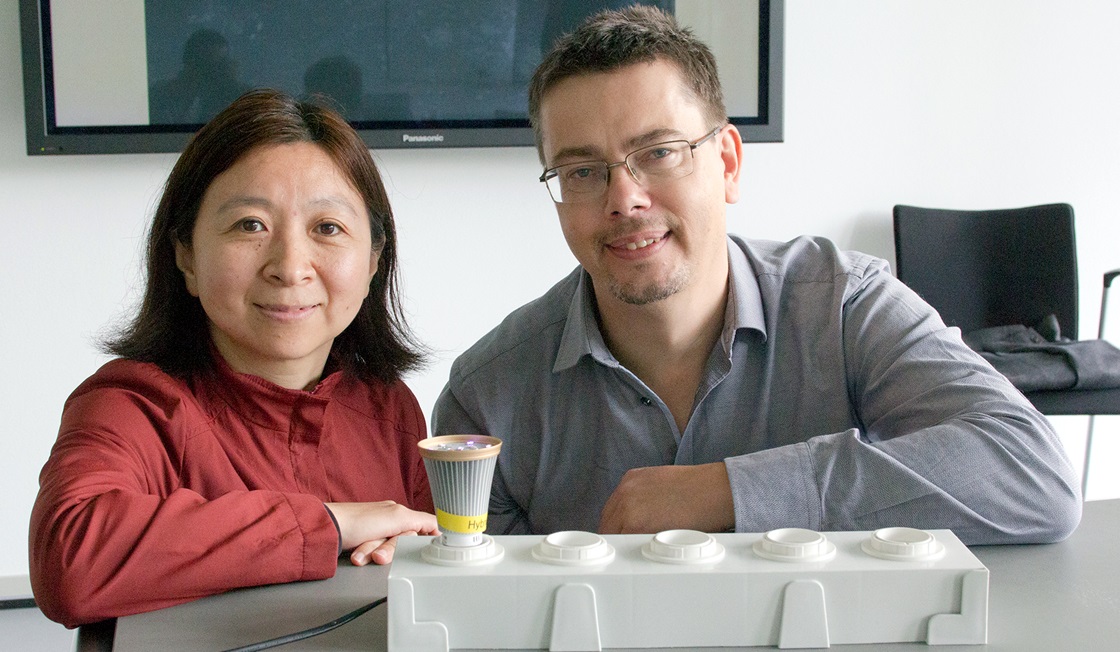 Semiconductor researchers at LiU, including Professor Rositsa Yakimova and Mikael Syväjärvi, led a Nordic project in the period 2010-2012, and developed the basic technology needed to manufacture light-emitting silicon carbide. This was subsequently patented. The project was shelved since financing was not available, until a follow-up project led by Associate Professor Haiyan Ou at the Technical University of Denmark (DTU) received a research grant in 2015.

The team includes researchers from DTU, Meijo University in Japan and LiU, and has now presented its most recent advances in an article in the journal Scientific Reports.

“The first step involved manufacturing the silicon carbide material, and we then showed that it is possible to create LEDs with a warm white light. In the second step, our goal was to create a pure white light without colour tones,” says Mikael Syväjärvi, one of the authors of the article. 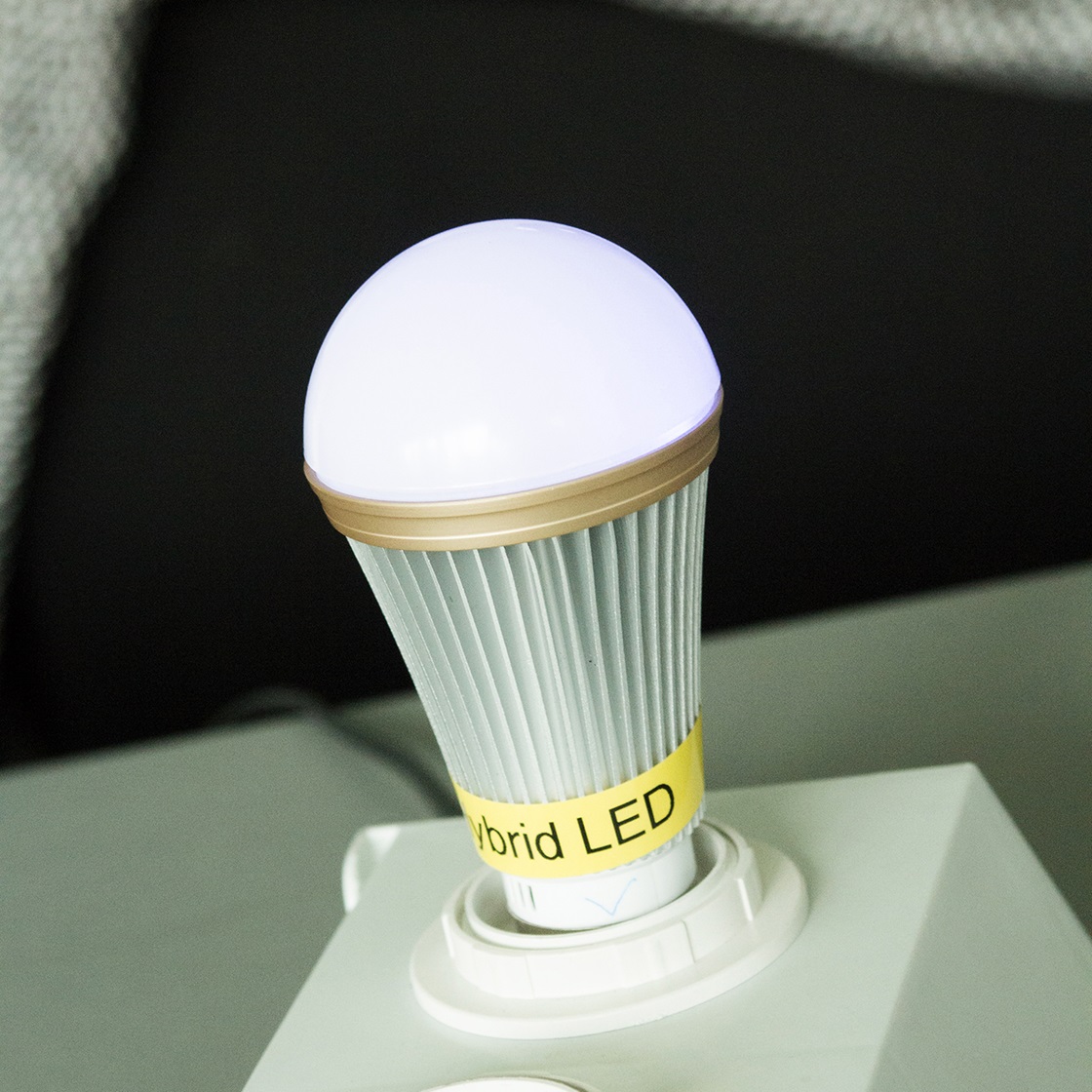 Prototype demonstrating how the light-emitting diodes might be used. Photo credit: Mikael Syväjärvi

In order to produce a warm white light from silicon carbide, the researchers add nitrogen and boron in a controlled manner. This process is known as “doping”. Silicon carbide is a semiconductor, and the doping substances cause its electrons to switch between different charge states, and in doing so emit light. The colour of the light emitted depends on the substance that has been added to the silicon carbide. The LiU researchers have previously shown that doping with nitrogen and boron gives light between yellow and green, similar to that emitted by a tungsten filament bulb. Addition of nitrogen and aluminium in a second layer can give light in the blue-green region, and make the light a pure white. It has, however, been difficult to get the method to work properly, for various reasons. The researchers have now discovered a different way of doing it.

“The Danish researchers have modified the surface of the silicon carbide and given it a porous structure that emits the blue-green light. When used with doped silicon carbide, the technique produces an integrated structure that emits a white light. This is the first time that a combination of two steps (doping followed by surface structure modification) has been used in one joint structure to obtain a white light without colour tones,” says Mikael Syväjärvi. 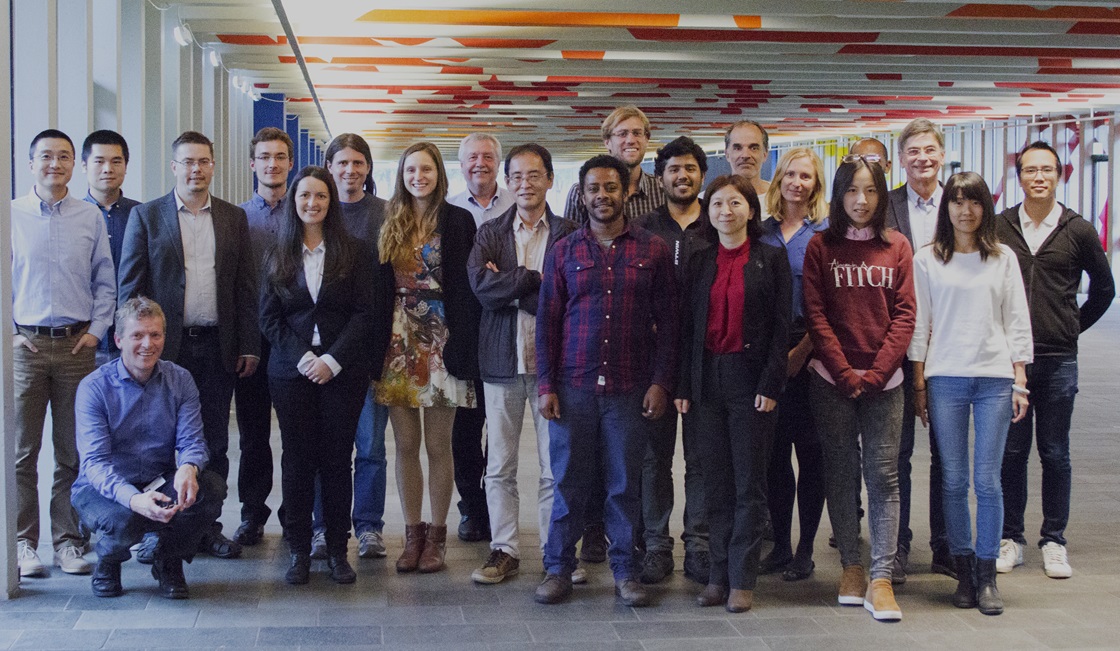 Workshop in September at DTU with researchers interested in material and in how humans are affected by light. Photo credit: DTU

The silicon carbide produced by the new collaboration has been developed further by Valdas Jokubavicius, postdoc at LiU’s Department of Physics, Chemistry and Biology.

“Several years of development are needed before LEDs based on this technology can become commercially available. But it’s really great that we’re making progress. The field is attracting increasing numbers of researchers who are interested in the possibility of producing white-light LEDs from silicon carbide,” says Mikael Syväjärvi.