What role do bridges, roads and parks have for the segregation in a city? And is it possible to create a computer model of a whole housing market? Those are two main questions in two new research projects at IAS. 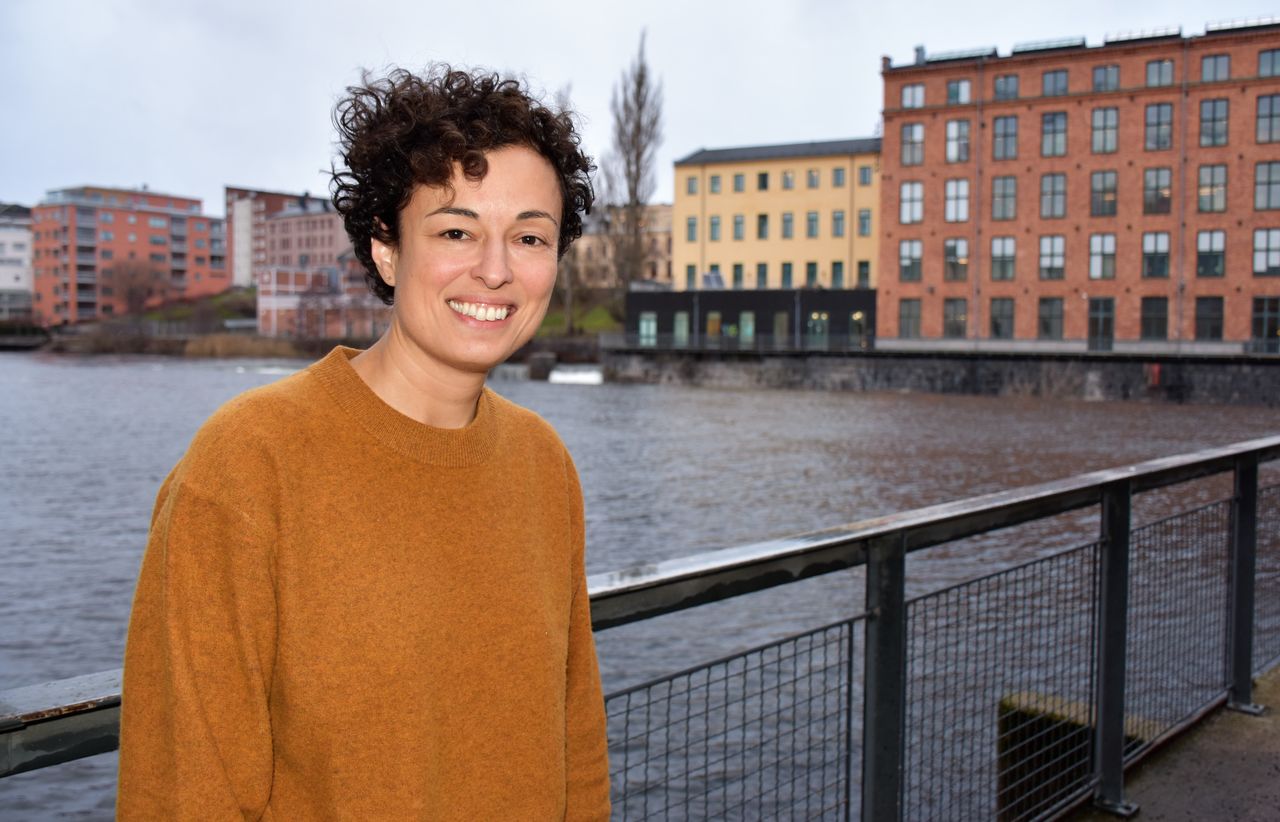 Sarah Valez in the Industrial landscape in Norrköping where IAS is situated. Photo credit: Mikael Sönne

The research council Formas has awarded 2,74 million SEK for the research project “The Role of the Built Environment in Immigrant Integration” that will start in June next year and go on for three years. Almost at the same time The Swedish Research Council awarded 4,4 million SEK for the project “The Effects of Public and Private Housing Markets on Ethnic Segregation”, also a three-year program.

The project leader in both cases is Sarah Valdez, senior lecturer and researcher at The Institute for Analytical Sociology, IAS.

- Thank you very much. I'm really excited about these two new projects.

You got two projects and 6,1 million SEK approved within a couple of weeks. Did you anticipate that or were you surprised?

- Well, you can never be sure. I think I’m very lucky because I’m part of several significant grants, and I’m very happy to have them.

You´re already involved in several other projects here at IAS. Will you have time for all of them now?

- I will. But I may have to minimize my time in some of the other projects. Luckily, we have a good allocation of the workload that makes that possible.

Ok, the first project is called “The role of the Built Environment in Immigrant Integration”. Tell us about it!

- Yes, this is a really interesting project to me because it’s built rather directly on my PhD-thesis in which I did case studies of segregation in several cities across Denmark and Sweden and where my main interest was Linköping. Now I’ve teamed up with two researchers at American universities to continue this work, one of them has developed a segregation index to measure travel time between locations as a way to show how separated people are within a city.

- Segregation is not just that you live in different parts of a city, but also that people can be separated even if they live near each other. This measure asks how long it will take to travel to another neighborhood, for example if we live just 500 meters across but have a very big roadway between us and we must walk on the bridges, that travel time will be longer.

Time is more important than place when it comes to segregation?

- Yes sometimes, it’s a measure that sort of approximates how quickly you can travel between two parts of a city where different groups are living. It can tell us how separate they really are in daily life, and it shows us more than just looking at a map. 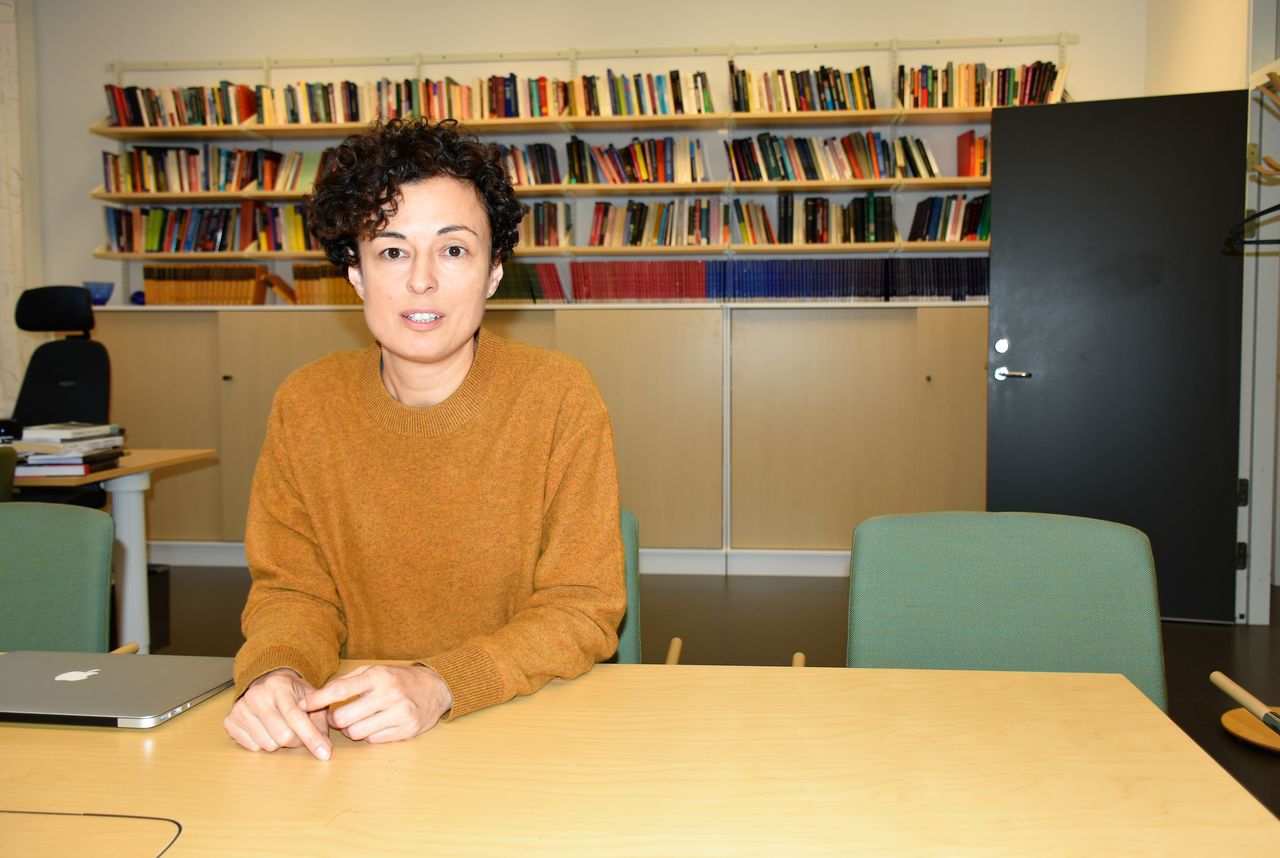 - Furthermore, in this project we will also study two integration projects in Linköping and Norrköping and what effect they may have on immigrant segregation. In Linköping it´s a proposed urban garden between Skäggetorp and the central parts of the city, in Norrköping it´s a community center.

The other project “The Effects of Public and Private Housing Markets on Ethnic Segregation” deals with the same problem in a different way. What will you do in this project?

- We’re basically looking into the distribution of different types of housing - single family homes versus apartment blocks and rental versus owned houses, for example - to see how that effects ethnic segregation. We’ll examine what opportunities people have to access these types of houses, which is related to things like the interest rates for mortgages and tax incentives for owning a house versus renting a house. We’ll also examine housing policies, such as rent controls and queues.

- After that we hope to generate models by putting all this together, computer aided models that approximate reality. We’re hoping that if we model each individuals’ choices, the sum of all these small choices will result in a macro level pattern that can be useful. And once we have a computer simulation running, we can explore counterfactuals; for example, what happens if we change the housing queue rules, how will people sort out and will that reduce or increase segregation? We’ll see if we can model all the individual choices together simultaneously to create a real housing market.

A model of a whole market, it sounds complicated.

- Yes, it is complicated. That’s why we’ll use computer simulations. These are not simple linear models, there is usually some kind of dynamic happening where one individual’s choice impacts another. This is also the riskiest part of the project, but I’m confident that our team will at least make some important headway in this area.

It also sounds like you’re approaching policy-making and politics in both project?

- That’s certainly not our explicit goal, but we want to do research that’s relevant to the real world. We’ll explore different options for possible policy interventions, for example when it comes to housing queue time. We’ll also present our results in Swedish and at round table conferences. But of course, it’s up to the policy-makers whether they want to consider our results or not.

Good luck with your work!

Examining how different ethnic, economic, and gender groups become segregated across urban spaces, schools, and firms, and the consequences of this segregation for those affected.