A virtual team for post-disaster communication

Create a team with nine students from LiU and Stanford, from different programmes of education and four different countries. Ask them to solve a task from Saab and give them nine months to do it. What’s the result? The DaMD course. 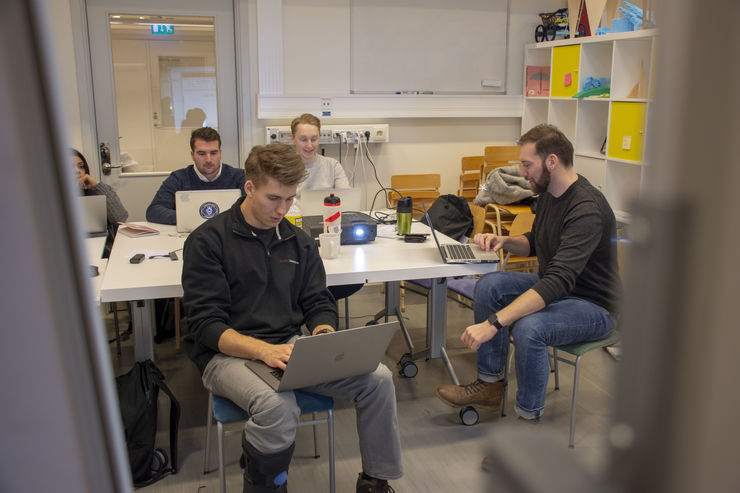 The task was as difficult as it was inspiring. How can people communicate after a natural disaster that has taken out the electricity supply and all communication networks? Who is the most important that they make contact with, and how can those not immediately affected communicate with those in the disaster? Analyse the problem in depth and design a product that can perform this for seven days. Good luck!

The task was given to five students from LiU – two of them from Sweden, two from Germany and one from Bangladesh – and four students from Stanford University in California. The Americans were all reading mechanical engineering, while the LiU group included students taking the master’s programme in Strategy and Management in International Organisations (SMIO).

“The interdisciplinary nature of the team is important. And we try to build teams with different personalities that complement each other”, says Marie Bengtsson, senior lecturer and responsible for the course together with doctoral student Juan Munoz. 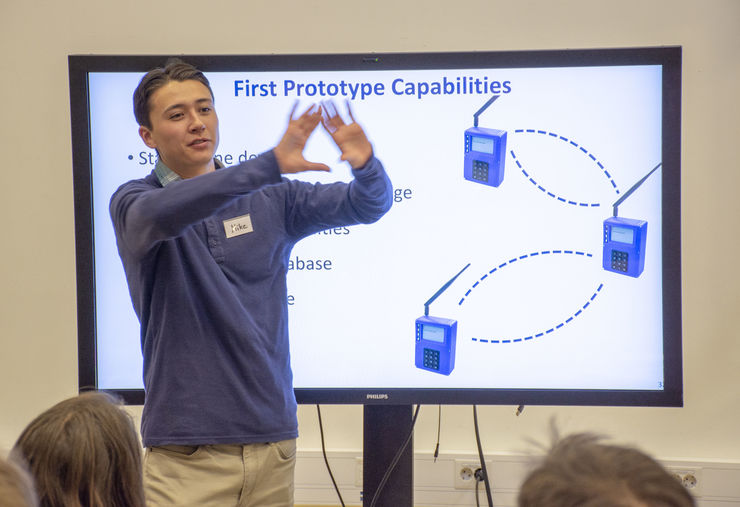 The project received economic support from Saab, which has collaborated with LiU in such courses, known as “DaMD” courses, for a couple of years. The final product, the solution the students propose, is interesting, but most important is the journey they make – the process, the collaboration and what the team learns as it works.

Marie Bengtsson says that the task is significantly more complex than simply building a product to solve a defined problem.

“What’s important is mastering the design process, learning to understand a problem, to analyse its parts and define it clearly. What are the true requirements in this case? Only then, when you know the requirements, can you start to design the actual product.”

Most of the communication between the two student groups has been online, but they have met three times, once at LiU and twice at Stanford. And the final presentation at the beginning of June was also made at Stanford. The major phases of the work proceeded through a literature survey, observation and interviews with various interested parties, specification of requirements, and production of the first prototype.

Some of the work involved using “dark horse” prototypes – products that no one really believed in, but that were important to stimulate unconventional thinking.

Competition between the groups

“This was a frustrating period. The only thing we thought about in the beginning was communication, and this was just the thing that we were not supposed to think about then. But it was useful as well”, says Carl Magnusson. 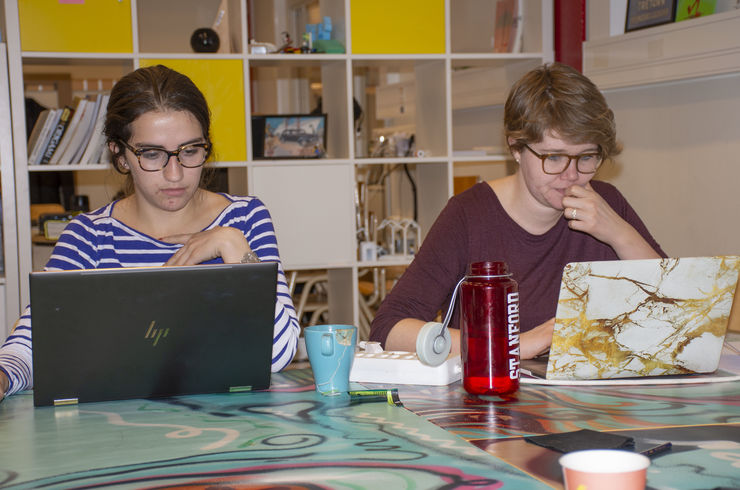 As time went on, the work became more focussed, and the students started to work towards a physical product. Or maybe two products – as late as March, the American group was working on one solution and the Swedish group on a completely different one. The Americans had built a robust and waterproof device that was rather clumsy, while the LiU group was thinking about a variant of a smartcard powered by solar cells.

“And each group was, of course, convinced that its solution was best”, Carl Magnusson and Joachim Neguembor comment, and admit that there have been a few clashes of culture during the work.

“I think the Americans had more self-confidence than we had... They’d just say ‘This is what we’ll do’, put forward ten conceivable solutions and add ‘Well, maybe there’s a small problem’. We Swedes present one possible solution, and then rapidly add that there are 10 things wrong with it... And Americans don’t take coffee breaks, either.”

Emma Luengo from Stanford suggests that the differences between the educational programmes are actually larger than the country-based differences. Future engineers tend to be more targeted towards design and construction, rather than getting all the details completely right, while those studying strategy are more likely to ask ‘Why’, and see the bigger picture. 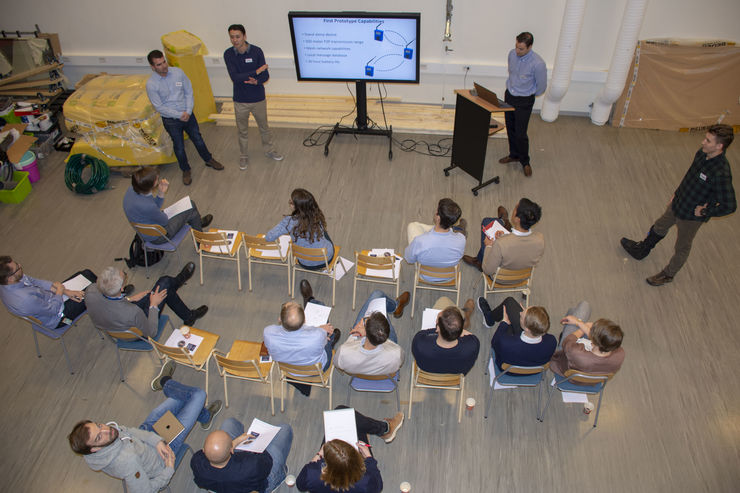 “Initially, it felt like we were trying to climb a massive mountain, but after 4-6 weeks we were a team. I would absolutely do it again: this course has been great. The best thing was that we were given a great deal of freedom, and could organise the work just as we wanted. Marie and Juan were always available, but kept themselves in the background”, says Kai Grüner.

So – what about the result? Even if the journey was the course objective, the final product was also important (not least for the presentation held at Stanford). Well, the groups in the end agreed about the solution and designed a device that creates its own network, with batteries that have a lifetime of at least a week. The device switches itself off when not in use, and has an integral app for communication with relatives and rescue personnel.

Everything works, after a final spurt to get everything ready.

Three voices about the course

"Aspects of confidentiality make it difficult for us to create product-focussed projects. It would be possible if we worked with LiU alone, but it’s completely impossible when a foreign university such as Stanford is involved."

"That’s why the we are interested in the process – how the students have worked and arrived at the result. How long could they work simply defining the problem, before choosing which route to take? It’s difficult, but it’s important not to choose a particular solution too early. It’s possible to find an answer in the literature, but it’s more useful for us if we get involved in the process. Now it’s my job to spread the experience within Saab.”

"The most common question we are asked by future engineers is what the industry needs and what knowledge and expertise are best to have when looking for a job. It’s actually not possible to answer. What’s important is that we are different and dare to disagree. This may be frustrating and difficult, but it’s this force that drives development. This project has made this extremely obvious.”

"The students get to work in global virtual teams in conditions that are very close to true development projects. They learn to manage uncertainty and complexity, and to define and break down problems on their own. They learn methods to formulate problems, which requires that they understand a problem in depth, and cannot just jump to a ready-made solution."

"The challenge is central, and the members of the teaching team work as coaches. The students take on a lot of responsibility. In certain cases, if expertise is not available in the team and it turns out that the task requires, for example, programming skills – well, they simply have to roll up their sleeves and learn how to do it. Our loft/study functions as a meeting point for all of the teams and they also help each other.”