Cell migration in health and disease

Directional cell motility follows us from creation to death and is a vital part of life. But how cells move is not entirely understood and numerous proteins play pivotal roles in regulating motility.

Our main interest in this regard is how water flux via transmembrane aquaporin (AQP) water channels contribute to the process of membrane protrusion necessary for directional whole cell translocation.

There is no single sign as important as movement when deciding whether an organism is dead or alive. Movement is the property we most closely associate with a living, healthy cell or organism. Interestingly, the same basic molecular apparatus is used in nearly all adherence-dependent cell types, implying an extremely firm biological system.

The sub-cellular signaling underlying cell motility in various organisms share many vital components, but the cause and macroscopic features vary between specific cell types. In all cells, motility needs to be exquisitely sensitive to variations in local environmental conditions to enable accurate path finding and cellular functioning. This is very well exemplified by white blood cells that guard our body against intruding pathogens.

These cells need to be recruited from the blood at locations near infection. In a complicated series of events the cells go from inactive spherical cells, passively flowing with the blood stream, to adherent, morphologically active cells with a distinct front and rear when crawling through the extracellular matrix.

Cell motility is a prerequisite for our defense against a vast number of infectious agents, such as particles, bacteria and parasites. But cell motility also helps to direct embryonal development and takes part in organizing tissue and neuronal networks into complex, functional structures. In the mature organism, cell motility is vital for wound healing and tissue regeneration.

Unfortunately, cell motility also contributes to a number of disorders, among them chronic inflammations, complications following ischemia, and in the process of malignant cells escaping from a primary tumor. Understanding the cell and molecular signaling underlying directional cell motility is crucial in the our efforts to find cures to motility-dependent diseases such as metastasis.

In the process of directional cell motility, hundreds of proteins participate in the essential shape changes. But although many of the molecular players are well-known the molecular mechanisms still remain to be understood. We focus on the role of transmembrane water channels, the aquaporins (AQPs). We have shown that the initiation and formation of membrane protrusions such as lamellipodia and filopodia in inflammatory cells are induced by accumulation of AQP9 water channels.

In our working model, a local accumulation of AQP9 enables localized influx of water across the cell membrane. The rapid influx of water creates a localized hydrostatic pressure between the membrane and the cytoskeleton, pushing the membrane outwards, thus initiating a membrane protrusion. Thereby, actin polymerization is facilitated by the exposure of previously membrane-anchored barbed ends and the rapid diffusion of actin monomers and actin remodeling/binding proteins into the now diluted, less viscous cytoplasm, leading to an elongating filopodium.

The rapid water-induced elongation reaches a critical distance from the actin, resulting in termination of the filopodial elongation, which is likely due to equilibration of the water along the filopodium and loss of counter-pressure obtained from the actin cytoskeleton. Eventually actin polymerization catches up with the water-induced protrusion and stabilizes the structure. Based on the rate of water flux and equilibration, the filopodium can either retract, protrude again and be supported by advancing F-actin.

There is strong support for the clinical relevance of transmembrane AQP water channels in cancer. Findings originating from several research groups show an up-regulation of water channels in various forms of cancer, which seems to correlate with poor prognosis. The focus of our research is thus to investigate the role and regulation of AQPs in relation to cell motility in general and metastatic events in particular.

In our research, we use many forms of visualization techniques and hence also fluorescent protein expression. We aim to understand how AQPs and associated proteins involved in cellular polarity and cytoskeletal regulation contribute to proper pathfinding and the formation of cellular protrusions, such as filopodia, lamellipodia, and blebs.

Our methodology relates to assessing early toxicity-related intracellular signaling pathways, such as endoplasmic reticulum and mitochondria, visualized dynamically in cells, in real time. 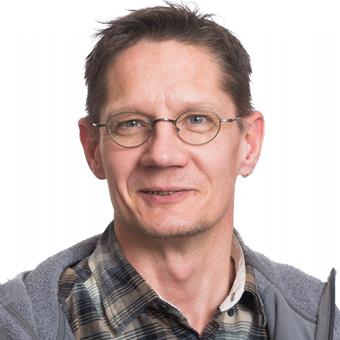