Citizenship - and being a citizen – concerns to a large extent to be participating and involved in the community and in the everyday life. It can be to participate and influence political matters, such as what goals and what visions that should be at the front in the society, but also to participate in activities and decisions that concern one’s own daily life. The voices from people living with dementia need to be heard in a meaningful way.

Even if dementia many times implies increasing difficulties to communicate, give arguments and make claims for one’s own interest, the person with dementia is still a citizen. This is not always taken for granted – in the community and in the meetings with e.g. representatives from the municipality and the citizen living with dementia, or in regulations and policy documents that works as guidelines in how welfare institutions should do. To highlight a citizenship perspective can illustrate how citizens living with dementia can continue to be active and participating persons in their neighbourhood, community and in the democracy, and by that also have fair conditions to take part and create their citizenship based on their own individual conditions. 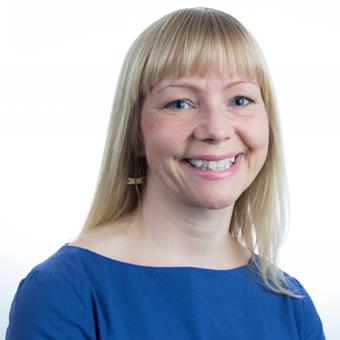 Democracy, autonomy and justice - citizenship practice for people with dementia

To study and problematise situations for people with dementia from a citizenship and democratic perspective are still relatively rare. Using a citizenship perspective in dementia research implies that people with dementia are regarded as independent individuals with rights and also as actors in the society. Even if people who have dementia are socially active during a long period of their life, their voices have to a large extent been formulated by others. This is problematic for several reasons, especially since the loss of voice and influence conflict with the basic ideas of democracy, including the respect for individual autonomy.

Equality and the right to autonomy are explicit goals for a democratic welfare system. Many times democary is based on the assumption of active citizens. But what does this mean in practice for citizens that needs support to be active and to make their voice heard. What are the possibilities for an active citizenship and how is, what we call, citizenship content formed in practice?

Examples of how we can understand citizenship for people with dementia and enhance our knowledge on what citizenship means in practice are:

How is citizenship crafted in welfare institutions – by those working in locally authorities (municipalities) such as care-managers, senior administrators and politicians
Researchers: Ann-Charlotte Nedlund and Annika Taghizadeh Larsson

Since living with dementia implies increasing difficulties in taking charge of rights due to cognitive as well as communicative impairments, many people with dementia are vulnerable and in need of support in order to realise full citizenship. In Sweden, all adults right to self- determination is strongly emphasised in law, regulations, and policies. Further, and in contrast to the situation in many other countries, people living with dementia cannot be declared as incompetent of making decisions concerning social care and their right to self-determination cannot legally be taken away. In the Swedish welfare system, the focus is more on protecting the self- determination of citizens than on supporting people in making decisions and exercising citizenship. Subsequently, this causes legally constructed zones of inclusion and exclusion. This article examines and problematises how different institutional contexts, legal constructions, norms, and practices in Sweden affect the management of issues concerning guardianship, supported decision-making and self-determination, and outline the implications for people living with dementia.

Scientific article connected to the research:
To protect and to support: How citizenship and self-determination are legally constructed and managed in practice for people living with dementia in Sweden

Citizenship practice – how can we theoretically understand and practically analyse citizenship

Dementia-friendly community – The Norrköping model
The research project studies how it is to live with dementia in your own home, your neighbourhood and in society. The project's starting point is to capture what opportunities exist rather than problems. People with dementia and their relatives are experts but they live hidden compared to people with other public diseases. They need to be treated with the same respect as everyone else and count in society. We want to know what can help them in everyday life, how they can be involved and socially active in and elsewhere in society. The research project has lasted for three years.
Funded by Norrköping municipality, Norrköpingsfonden.
Researchers: Agneta Kullberg, Elzana Odzakovic, Ingrid Hellström and Ann-Charlotte Nedlund.

The research has a focus on the everyday life with dementia. Of special interest is the challenges and the ways persons with dementia and their significant others manage and organize their lives.