In Sweden, over 80 percent of all children between 1-5 years are enrolled in preschool education. In the age 3-5, the rate is 95 %. The Swedish preschool is consequently an important socializing agent that can be situated both within the notion of lifelong learning, as well as be regarded as a form of citizenship education where children are socialized to impart and establish respect for the fundamental values on which the Swedish society is based. The common framework for which values are to be promoted is defined in the National Curriculum for Preschool that has been in use since 1998.

According to the Swedish Preschool Curriculum one of the tasks of the preschool teachers is to pass on “a cultural heritage - its values, traditions and history, language and knowledge - from one generation to the next” (2010:5). As it is not explicitly stated whether religion is seen as part of the cultural heritage, the formulation opens up for different interpretations. The aim of our project is to explore how preschool teachers understand and enact the relationship between cultural heritage, tradition and religion and whether religion is regarded as an essential part of cultural socialization in everyday preschool practice.

We will use multiple methods, combining survey, video ethnography and interviews. The reason for using mixed methods is to identify both overlapping and distinct aspects of “doing religion” as well as to extend the scope and breadth of our study. The three sets of data will be analyzed both separately and combined. The study will provide new insights into how religious considerations impact on everyday practice in Swedish preschools. This knowledge can inform decision-making on educational policies at both societal and institutional levels. The study will increase the preschool teachers’ awareness of cultural, ethnic and religious diversity as well as of the dilemmas that arise from the Preschool Curriculum and the Educational Act.  In a broader perspective the study will raise awareness of the role religion may play in a secularized society. 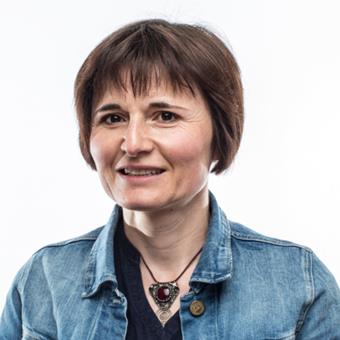 Within this research area, we initiate questions about and conduct research on what is taken for granted and constitutes “the normal” in various educational contexts.

The section for Pedagogic Practices is a research environment that deals in research in association with Linköping University’s teacher training, especially the training held in Norrköping.