Teaching the citizens of the future about sustainable development

In Sweden, the term 'sustainable development' has permeated steering documents for the education system since 1994. But the concept is not without its problems when the school has to manage it. It is interdisciplinary, which is difficult to manage in a school and a grading system which is still built on traditional subject divisions. It is also a controversial and politically sensitive concept which requires commitment and awareness. Teachers solve this problem in very different ways; as shown in this project, which studies schools, teacher training programmes and teaching materials.

Sustainable development is now part of the course syllabus for engineering, nature-oriented and socially oriented subjects, home economics and consumer studies; something which also applies to the areas of environment, energy and resource consumption. The purpose of this project is to investigate sustainable development as a field of knowledge in the education system: from primary school to secondary school and teacher training. This is done via interviews, document studies and focus groups with teachers and teacher trainers, and analyses of the teaching materials used. These are often provided free of charge by vested interests outside of school, such as business organisations and trade union associations.

Current demands on measurability and clarity in school conflict with more problem-oriented pedagogy, as demonstrated by one of the substudies in the project. The view of knowledge is instrumental. Teachers administer knowledge that the pupils consume. The study reveals that this is a view of knowledge which runs the risk of undermining teaching within an area as complex as sustainable development. Teachers also avoid questions which can be perceived as overly political. The study also shows how the study material used mediates a “neutral” image of an area which is surrounded by conflicting values and ideological differences. The teaching format instead becomes solution-oriented. Sustainable development is not about a more general adjustment of society; rather, it is a matter of identifying zones in which the pupils themselves can act, such as electricity consumption, transport, recycling and food.

The project is divided into two substudies, where one follows different teacher training programmes in Sweden and the other focuses on secondary level institutions. The project has three general targets:

There are three intermediate targets under this general target.

The school as an arena

The school is no longer a closed system in which only teachers have their say in the tuition. Stakeholders of different types (e.g., trade associations and unions) are attempting to influence education, particularly in areas of great social relevance such as energy and sustainable development. The study attempts to answer the question of how these external actors use teaching materials, study visits, information campaigns and targeted websites to influence what Swedish pupils/students have the opportunity to learn in school. Based on this, recommendations will be produced regarding what teachers should take into consideration when using materials produced externally.


The citizens of the future

The study will identify the possibilities and problems associated with using education to promote the development of a more sustainable society. In more concrete terms, this means it will be possible to evaluate education as an instrument for achieving a sustainable society and thereby improve it. 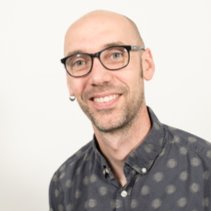