When bacteria develop resistance to several of our most common antibiotics, there are some relatively well-established methods to test. Swedish and Chinese researchers are now working together to investigate resistance against the last remaining treatment alternative. 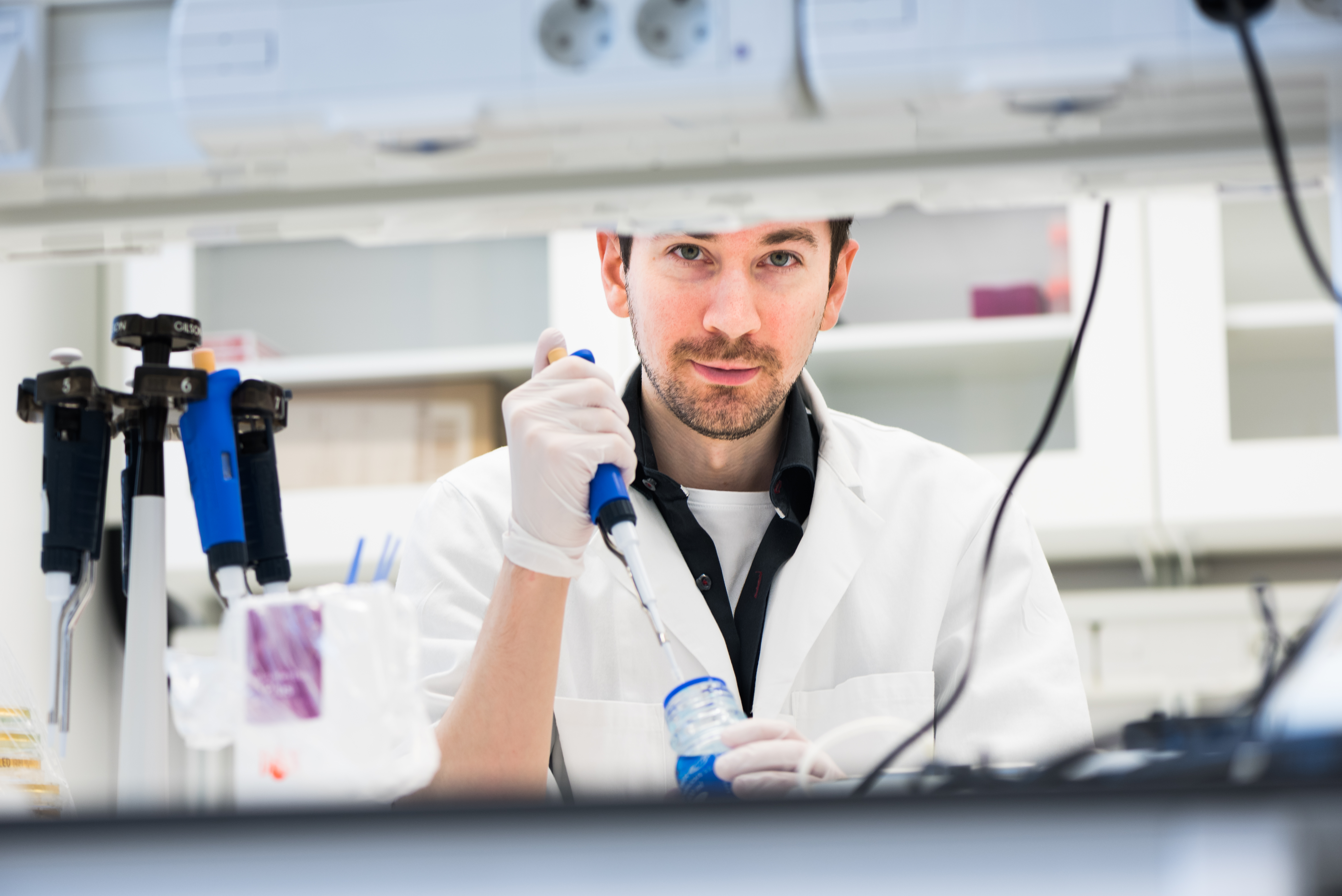 Björn Berglund collaborates with Chinese scientists to investigate how bacteria resist certain antibiotics Photo credit: Thor Balkhed
Antibiotics have been available for use by humans for less than 100 years, but during this period we in the western world have become accustomed to the fact that bacterial infections can be treated. This is now, however, no longer obvious. Increasing antibiotic resistance has become such a serious problem that WHO is calling it one of the biggest threats to human health.

“If we end up in a situation in which antibiotic-resistant bacteria are present everywhere, we would face a major threat to modern medical care. We depend on effective antibiotics to treat, for example, cancer patients with impaired immune systems, in the care for premature infants, and when carrying out advanced surgical procedures such as transplantation,” says Björn Berglund, postdoc at the Department of Clinical and Experimental Medicine. 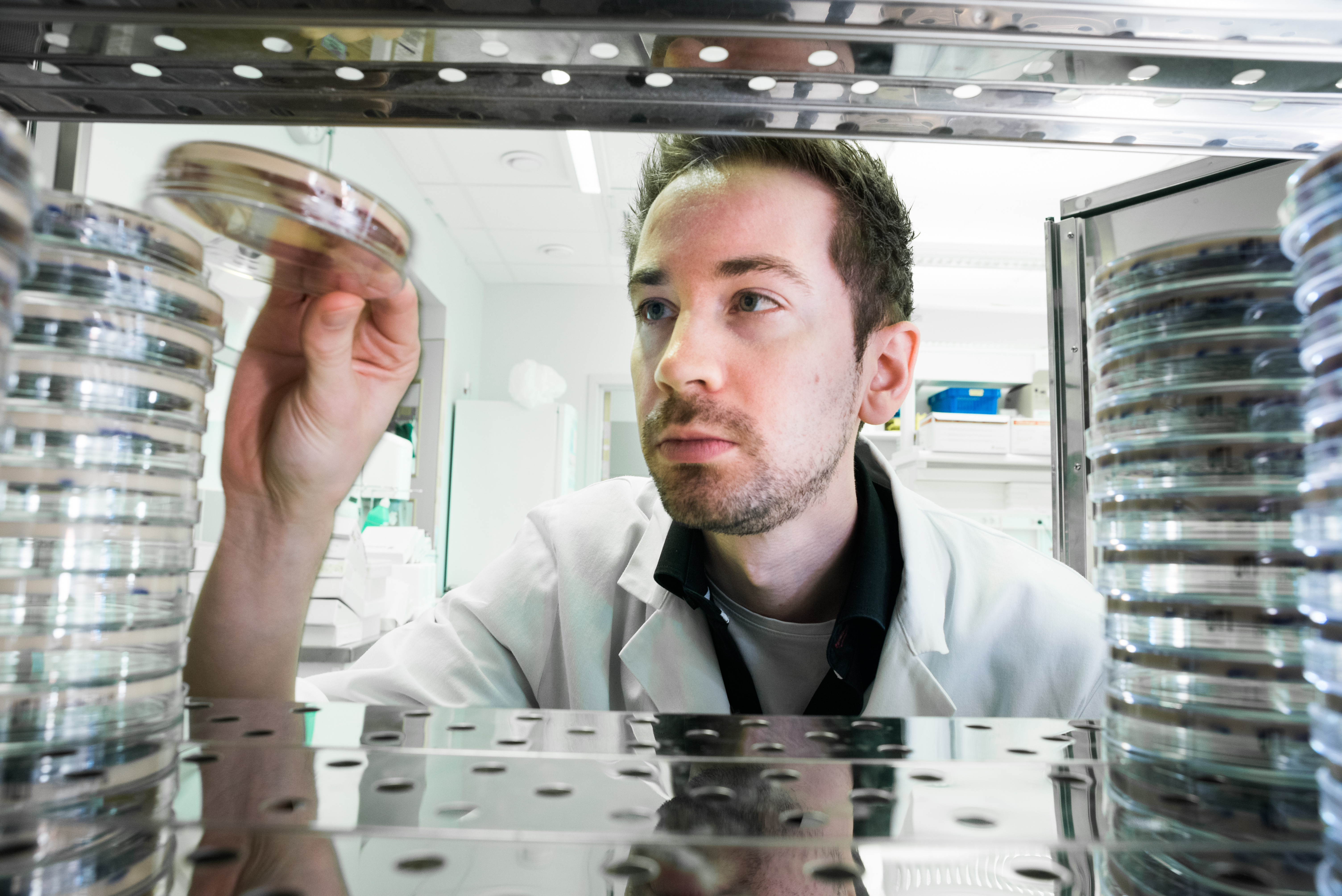 This is because it’s not simply a case of being able to cure people who have an infection: it’s also about the possibility of preventing infections during medicine treatments that would otherwise be too risky.

“If we reach a point at which we can no longer treat bacterial infections, we will be facing a paradigm shift within the healthcare system.”

Not only in health care

It is only when a person becomes sick and treatment is started to kill the bacteria that it becomes clear that the bacteria are resistant. The problem with resistance, however, is not limited to the healthcare system.

“Most studies have been done in a clinical context, and people have tended to concentrate too much on where the problem appears. But it has become clear in recent decades that resistance arises in other places than solely hospitals. Many people believe that the widespread use of antibiotics within veterinary medicine has caused antibiotic resistance, which has subsequently spread to human medicine, but this has not been confirmed,” says Björn Berglund. 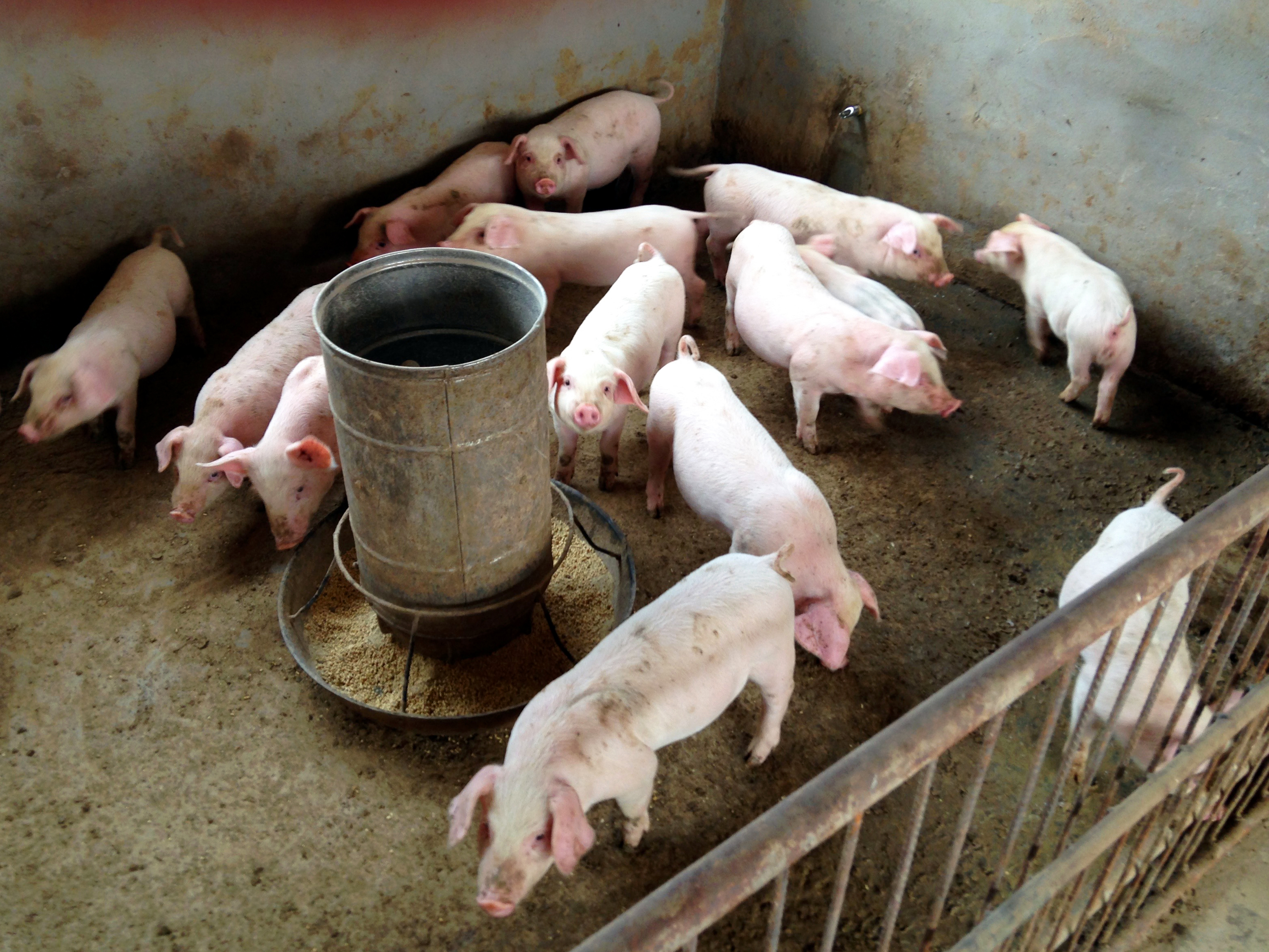 Researchers are investigating the interaction between humans and the environment. What is the significance, for example, of the widespread use of antibiotics in animal husbandry? Photo credit: Lennart E Nilsson

He has recently returned from a visit to China, where he met collaborators working on a project in antibiotic resistance. The project is part of a large international collaboration, IMPACT, in which government agencies and universities in Sweden and China are participating. It aims to increase knowledge about how antibiotic resistance overlaps between human health, animal health and the environment. Both bacteria and antibiotics from people and animals end up in the environment, via waste-water treatment and manure management.

During IMPACT’s first years, researchers have collected samples in the Chinese countryside. These are taken from healthy volunteers and from people who have sought medical care for bacterial infections. Other samples are taken from animals and the environment, such as the wells from which inhabitants fetch water. Björn Berglund and his colleagues are planning to collect further samples during the coming summer. They investigate the ability of the bacteria to resist two antibiotics in particular, carbapenem and colistin. These are used against infections caused by bacteria that form an enzyme known as ESBL, which breaks down the most common types of antibiotic.

“Carbapenems are often the last resort when treating infections cause by bacteria that produce ESBL. And now it has become clear that resistance to carbapenems has started to increase all over the world,” says Björn Berglund.

Carbapenem resistance has become so prevalent that the medical care system has started to use a previously used antibiotic, colistin. This has been used only for animals in China, but has recently been approved also for the treatment of humans. 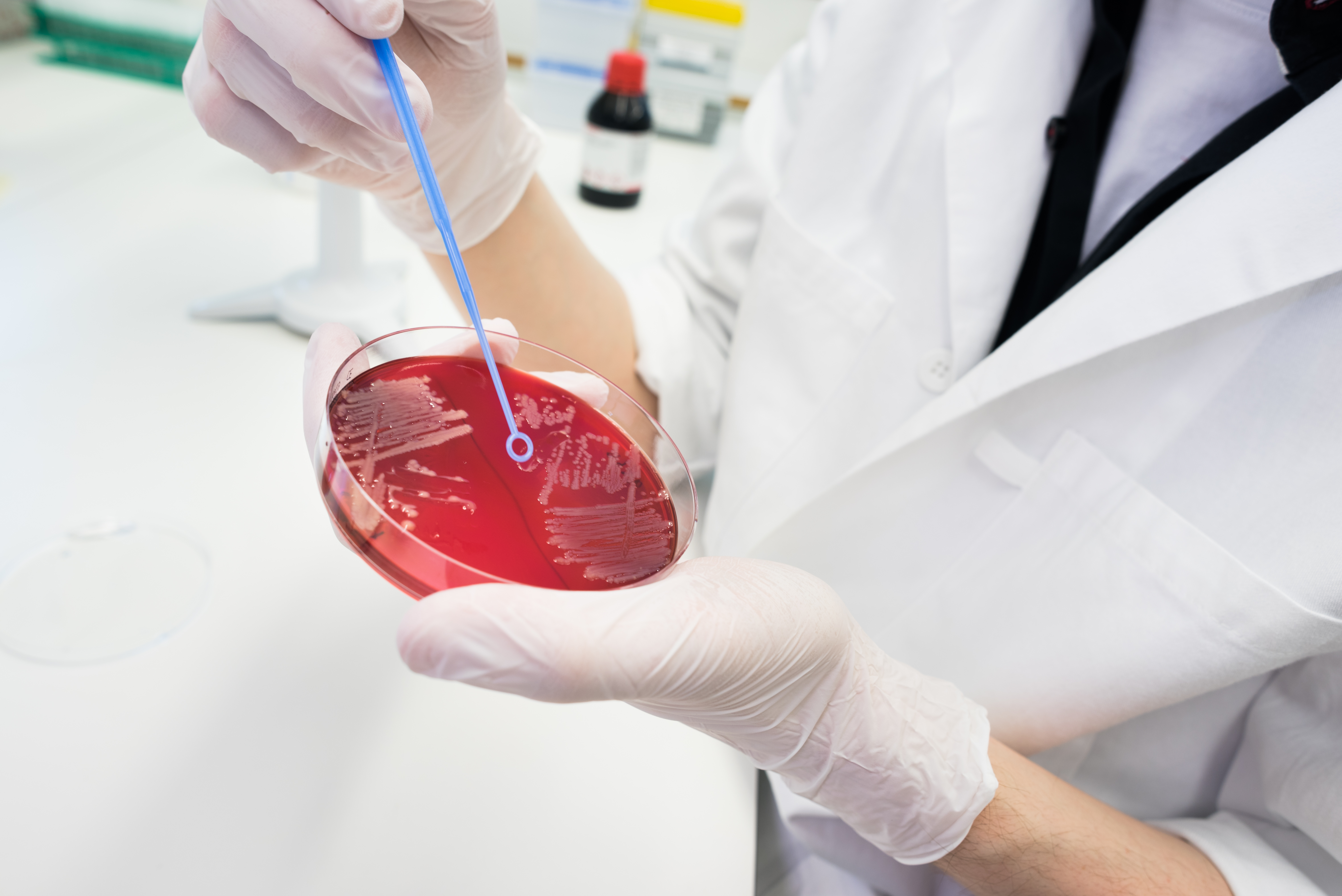 Resistance against the last remaining treatment has started to increase around the world. Photo credit: Thor Balkhed

“In 2015, however, a research group in China discovered colistin resistance that was spread by a mechanism involving plasmids. This makes it much easier for the resistance to spread to other bacteria. The discovery aroused a fear that treatment would rapidly be impaired,” says Björn Berglund.

Since the first discovery, it has become clear that plasmid-mediated resistance is present essentially everywhere in the world. Bacteria with plasmid-mediated colistin resistance were discovered in Sweden in 2016. Björn Berglund points out that increasing resistance against different antibiotics is an ecological and international problem.

“Antibiotic resistance is a huge problem. More international collaboration and co-ordination at a higher political level is needed to solve it.”

How does antibiotic resistance spread? 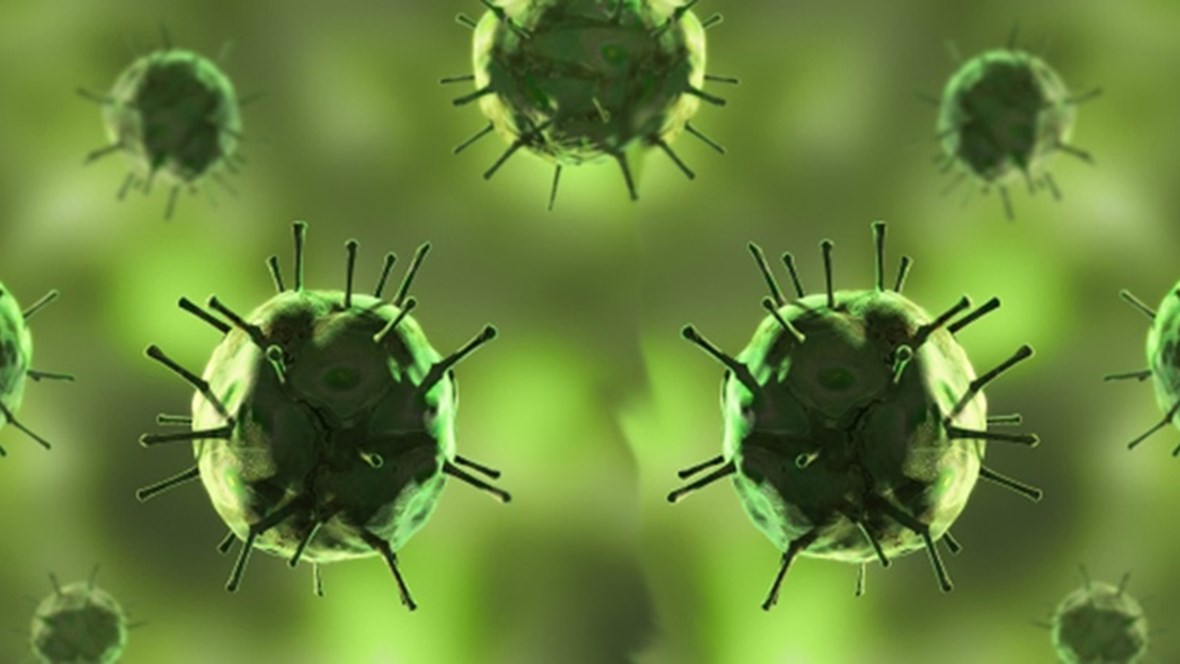 Text books deficient in explanation of resistance to antibiotics