The team is in hard training for the Football World Cup for robots, to be held at the end of July, but a slew of injuries may affect their chances. The LiU robots are famous throughout Sweden, and are the only Swedish team travelling to Japan for this huge challenge. 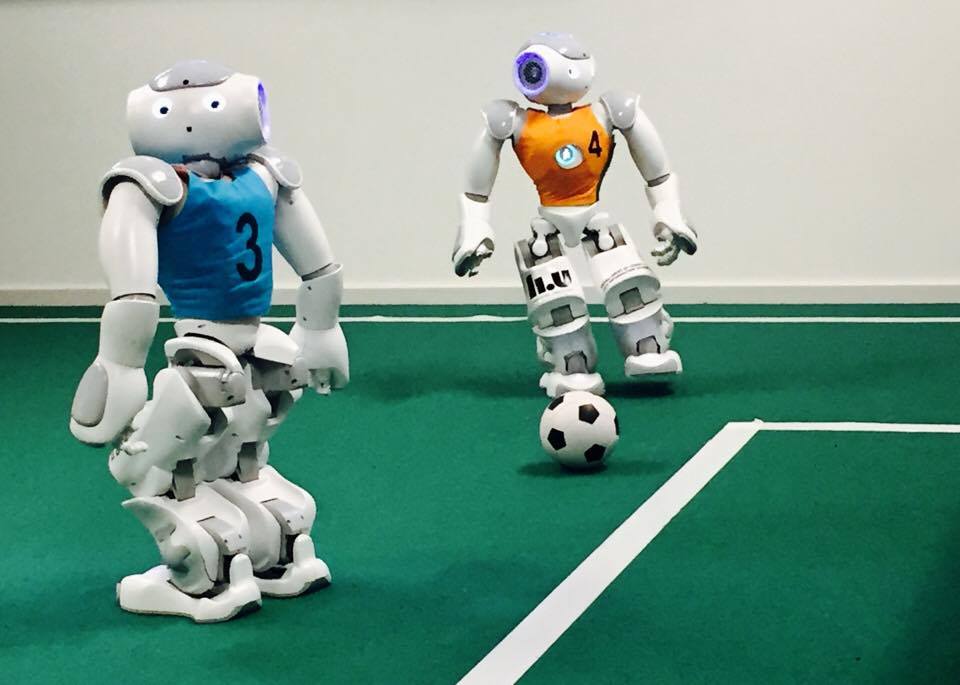 “Four of our six robots must be admitted to robot hospital as soon as we arrive. One of them can’t get up after falling, and the others have tired legs,” says David Bergström, who is studying software engineering at Linköping University.

Together with Magnus Selin, who is studying applied physics and electrical engineering, he is happy to show us around the training premises at Campus Valla. Many details need attention before the robots are fully prepared to meet opponents in the Standard Platform league, with 24 qualified teams from around the world. 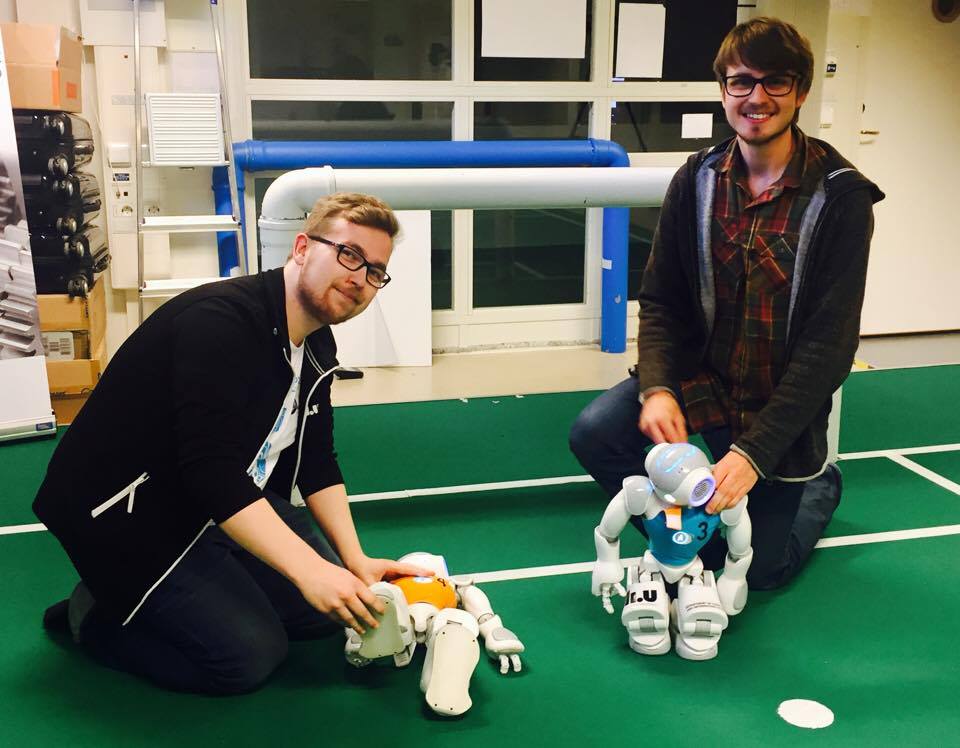 “We come here as often as we can. We test various scenarios and try to improve our systems. Many different situations can arise, such as when a robot that has been sent off returns to the field of play. This means that the goalkeeper has a further player to cover,” says David Bergström.

LiU conducts world-leading research in robotics, and this is the third year that the Swedish robots compete in the Football World Cup. An Australian team won last year, and the year before that a German team. Overall victory, however, is not a realistic hope for the Swedish team.

“This is a pretty tough tournament, and we’re not really among the favourites. We’ll be happy if we can progress from the group stage, and – of course – we want to score a goal,” says Magnus Selin.

The most important skills that a robot must master are the ability to find the ball and to know its own position. This is not always easy, given the very limited calculating power available.

“Maybe we should be grateful that they move so slowly: the amount of information that they can see and process is rather limited.”

And it’s true – robot football is not a high-speed game. They move slowly across the field, stopping often to look for the ball and scan their surroundings. A robot football match is 2 x 10 minutes, and the spectators can expect exciting duels despite the slow tempo. 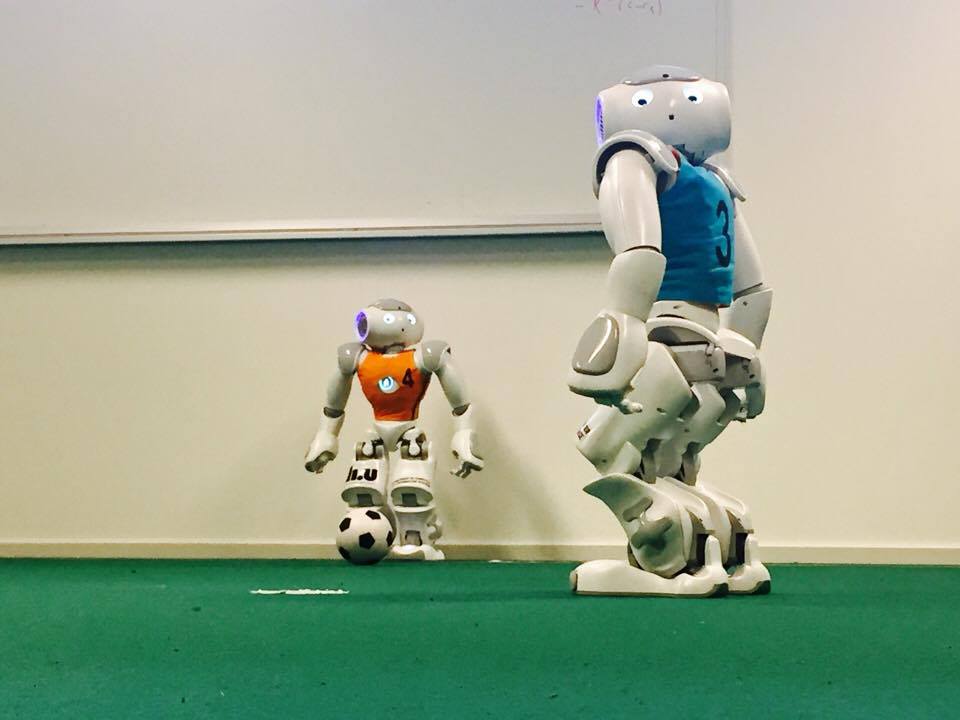 “During a match against Italy, their robots started to kick each other as a result of a bug in the ball-detection algorithm. On another occasion, the ball came to rest on the goal line during a match. A camera flash from the audience confused the robots and they couldn’t find the ball, resulting in chaos,” David Bergström remembers.

The competitions are overseen by a central referee, to which the different teams are connected. It has the authority to show a red card, and to send off a robot who breaks the rules.

“One robot may, for example, push another one over, wander from the field of play, or fall over and take too long to get up again.”

The tournament starts on 25 July, and eight people are travelling from LiU, with six robots.

“We hope to be able to show that this is fun, and something worth investing in,” says Magnus Selin.