In a packed auditorium in the Dome Theatre of the Visualisation
Centre we witnessed the historic moment when the New Horizons space probe passed Pluto, thanks to OpenSpace, a software system developed at LiU. 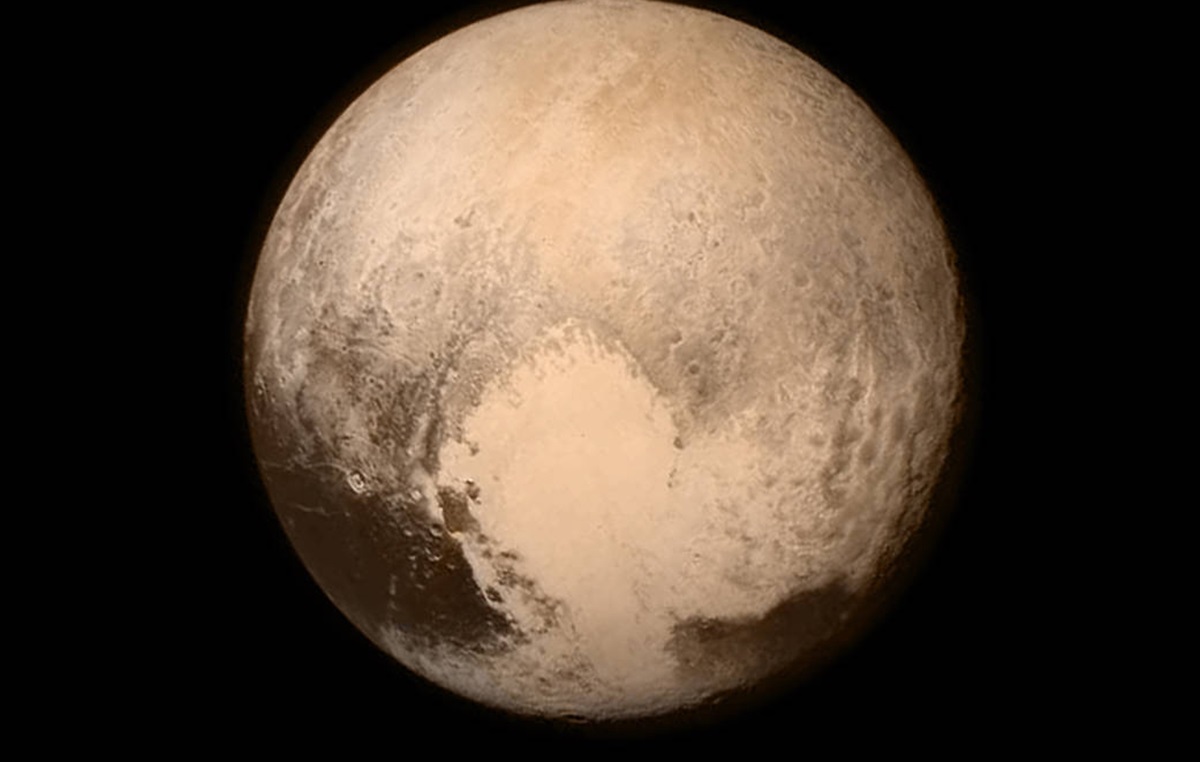 “You have the chance to be present at an experiment unique in the world, where we visualise New Horizons’ fly-by and hear the experts’ commentary on what we are seeing,” LiU professor Anders Ynnerman explained in his introduction.

He took the opportunity to thank the developers at the Division for Media and Information Technology, Campus Norrköping – Alexander Bock and Joakim Kilby, doctoral student and research engineer, respectively – plus a number of students who contributed to OpenSpace as part of their master’s projects.

Using the specially developed software we were able to follow the probe on its journey towards Pluto and its largest moon Charon, not only from the Visualisation Centre but also from ten or so other planetariums and science centres around the globe. We could see how New Horizons moved and in what sectors the various instruments worked in real time, and how the probe was closest to Pluto at 13:50 Swedish time. 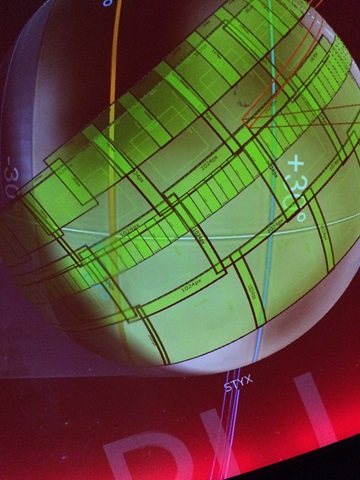 Foto: Monica Westman
Här ska bilderna liggaThe image on the right shows how the cameras scanned the surface and where the various images would be placed in the puzzle that will show us what was long considered to be the outermost planet in our solar system. It does take a while for the pictures to arrive, however – 4.5 hours for the signals to get back to Earth, transmitted at a rate of 1kbit per second. So it will take more than a year for all the information to reach NASA’s computers.

“We will be able to construct a topographic map that we can use when we want to take a trip to Pluto,” joked Orkan Umurkhan, one of the researchers who was in NASA’s space control centre during the fly-by.

Not only is it a long way to go – it took New Horizons over 9 years to travel the 5 billion kilometres from Earth to Pluto – it is also cold, around minus 200 degrees Celsius.

“The cold and dark is one reason for Pluto getting its name when it was discovered in 1930. Pluto was the god of darkness and the underworld in Roman mythology,” explained astronomer and visiting senior lecturer Marie Rådbo, who was with us in the Visualisation Centre.

Pluto has an atmosphere, and researchers calculated the route so precisely that New Horizons – which is the size of a standard piano with a parabola attached – passed Pluto when the dwarf planet shaded it from the sun. This means we can see the atmosphere lit up from behind and so get a better picture of what it might be made of.

In the pictures we can also see a formation, 1,600 km in size, resembling a white heart.

“We know that the light areas reflect the sun and are therefore cold while the black parts are warmer, but we still don’t know what the white parts are made of,” Ms Rådbo explains.

In a few years we will know more, and the pictures will be available on the NASA website as soon as they have been downloaded and analysed.

“We have entered a new era of knowledge about the universe. The first images from Mars arrived exactly 50 years ago today. We humans have always been driven to see what lies on the other side, beyond the horizon. But it is not often that we can see things for the first time, that no person has seen before,” says Carter Emmart, collaboration partner and OpenSpace project manager at the American Museum of Natural History.

New Horizons did not take the shortest route but gained extra impetus, for example, by going round Jupiter. The space probe gained three years by doing that, but had to travel an extra 2 billion kilometres - a total of 7 billion kilometres.
Mickey Mouse’s dog Pluto first appeared a few years before the planet was discovered, but he was renamed Pluto in 1931.
“Planet” originally meant wanderer. A planet wanders – it moves in relation to the night sky.
Pluto is nowadays regarded as a dwarf planet; a genuine planet has to be the only one of its kind in the area. Researchers have discovered that Pluto is only the largest of a number of dwarf planets in the Kuiper Belt close to Neptune. New Horizons is now on its way to have a closer look at them.