The government’s investment in strategic areas of research has been evaluated by an international panel of experts. LiU’s three initiatives all get the thumbs up, and it has been proposed that materials research receive increased funding.
Since 2010, Linköping University has been pursuing three strategic areas of research: materials science, IT and mobile communication, and security and emergency management. Between 2010 and 2014 LiU received SEK 253 million of nearly SEK 5.3 billion in total funding. 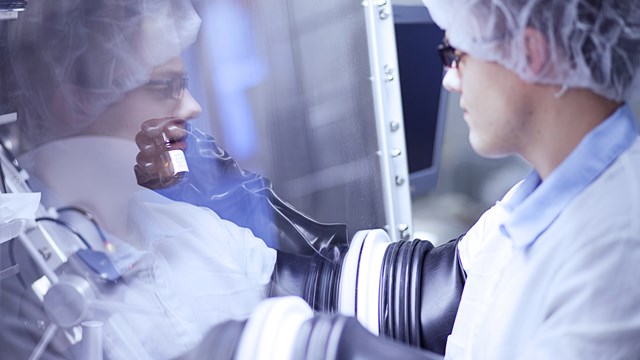 The entire venture in strategic areas of research received praise from the international panel of experts. They stated that the long-term nature of the venture meant that the researchers have been ambitious in their aims and even taken large risks, which are important factors in achieving scientific breakthroughs. The experts also looked at how the university leadership managed the venture from a strategic point of view.

“We can say that strong leadership and accountability from the management of these higher education institutions has a positive impact on the quality of the research,” notes Sven Stafström, general director of the Swedish Research Council.

LiU received praise for taking advantage of the opportunity to strengthen already successful areas like materials sciences and ICT, and even building up a completely new interdisciplinary field – security and emergency management. LiU has also played an active role and made use of the opportunities within both of the strategic research areas where LiU researchers have participated as partners. LiU also receives high praise for the actions of its management, and for the way the venture has further strengthened and developed collaboration with business and industry.

The authorities providing funds – the Swedish Research Council, Formas, Forte, Vinnova, and the Swedish Energy Agency – are now suggesting to the government that the investment should continue at the same level, but with some of the funds being re-prioritised. For example, they suggest that LiU’s strategic area of materials science receive an extra SEK 4 million yearly. The evaluators write that the field of Advanced Functional Materials (AFM) is leading the world in certain fields, such as soft materials.

“LiU is the only higher education institution where the evaluators suggested increased funding for materials research, which naturally makes us proud. Our materials research is, relatively speaking, very interdisciplinary and has links with many other strong areas and strategic national and international collaboration areas, such as molecular biology, construction, production, electronics, and so on,” says Magnus Berggren, professor of Organic Electronics and programme director of AFM.

“The evaluation reinforces the idea that materials is a strong field at LiU. We chose to apply for funding on our own, rather than in an alliance with another university, and in hindsight that turned out to be wise decision,” says Per Dannetun, LiU director of research.

Two research environments at Chalmers and four at Karolinska Institutet were proposed for increased funding while it was recommended that environments at Lund and Stockholm University have their annual funding reduced. The decision will be made by the government, however.

It was the 2008 Research Bill that tasked the Swedish Research Council, Formas, Vinnova and the Swedish Energy Agency with allocating funds for a number of strategic research areas. Between 2010 and 2014 a total of 43 research environments were funded to the tune of almost SEK 5.3 billion. The evaluation was carried out by a panel consisting of 34 international experts and led by Tuula Teeri, vice-chancellor of Aalto University in Finland.