Sweden’s first dry digestion plant is located at Mörrum, where food waste in brown bags is converted to useful biogas. The waste is digested at the consistency as it has when it arrives. One bag of food waste is sufficient for 2.5 km of fossil-free transport. 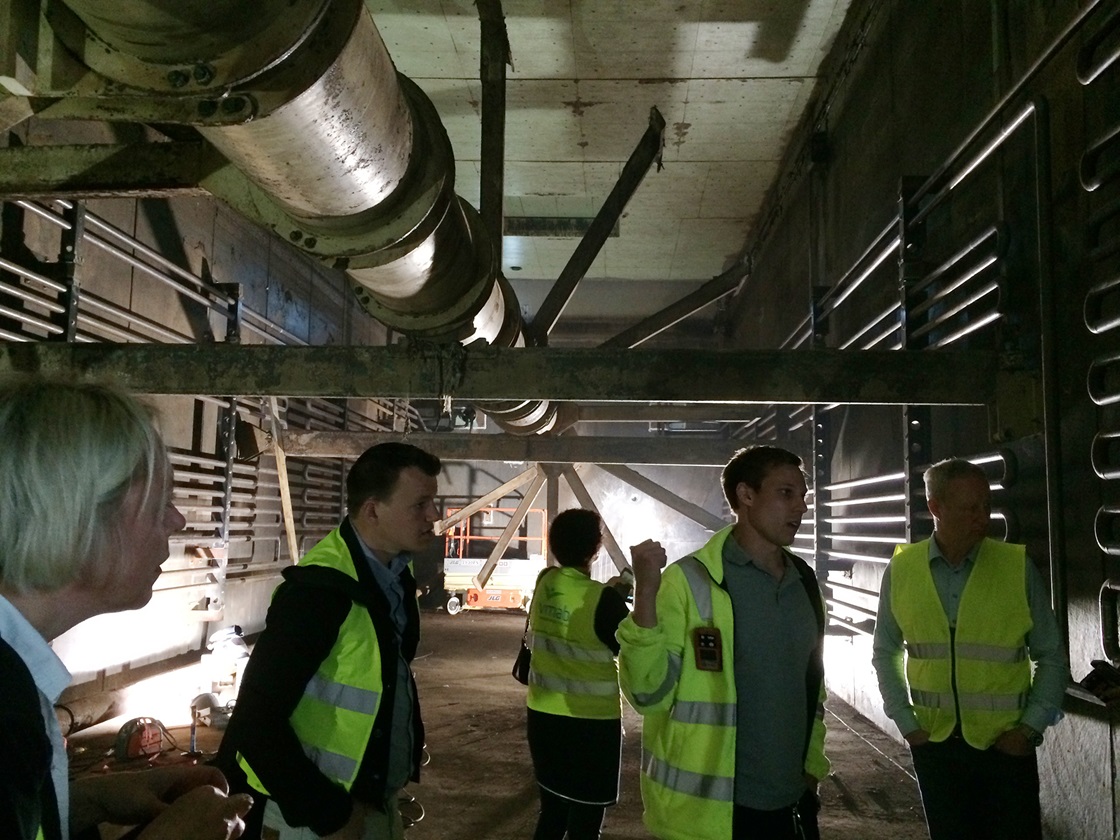 The visitors got inside one of the large digestion chambers (800 cubic metres) and could observe both the heat-exchange coils in the walls and the large stirrer.Scandinavia’s first dry digestion plant was opened in the spring of 2013 by VMAB, Västblekinge Miljö AB, at Mörrum. The industry was highly sceptical of the new technology, but research carried out at LiU shows that it can compete with established technology. In his doctoral thesis, LiU researcher Roozbeh Feiz compares dry digestion with the wet methods that are most common in Swedish biogas plants, and he shows that dry digestion has several advantages. The substrate needs less pretreatment and the process is more robust, while the yield of biogas is approximately the same.

“There are several advantages of dry digestion, but the comparison is subject to a certain amount of uncertainty. The optimal method in a particular case depends on many factors, and can be determined by calculation,” says Roozbeh Feiz. 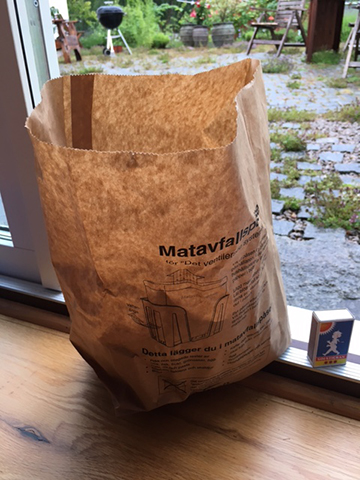 Food wasteVMAB converts 15,000 tonnes of food waste a year from the municipalities of Karlshamn, Sölvesborg and Olofström to 2.4 million cubic metres of vehicle fuel. The fuel is sold to E.ON, which has several refuelling stations for its own and the municipality vehicles in the region, one of them right next to the VMAB plant.

The food waste arrives in brown bags, which are unloaded from a large container and loaded onto a conveyor belt for sieving and sorting. Anything that is not food waste is sent for combustion, while the food waste is loaded into one of the two digestion reactors, which both have a volume of 800 cubic metres. Heat exchangers on the walls ensure that the temperature in the digester lies between 37 and 40 degrees, and a large stirrer in the centre distributes the heat evenly.
The link below shows a video (in Swedish)  in which the visitors get inside an empty digester, while methane bubbles up towards the ceiling in the neighbouring digester.

“During the summer, we will investigate the possibility of using thermophilic treatment. It currently takes 27 days for waste to be converted to biogas, but an individual particle can go through the process in 10-12 hours,” says Robert Lundgren, giving the guided tour around VMAB.