In premises that used to be home to historic Kalmar verkstad, which manufactured a famous yellow post van in Sweden known as “Tjorven”, upgrade facilities for biogas are now being constructed. They are built in modules designed to fit into shipping containers, which can be rapidly deployed in Sweden and throughout Europe. 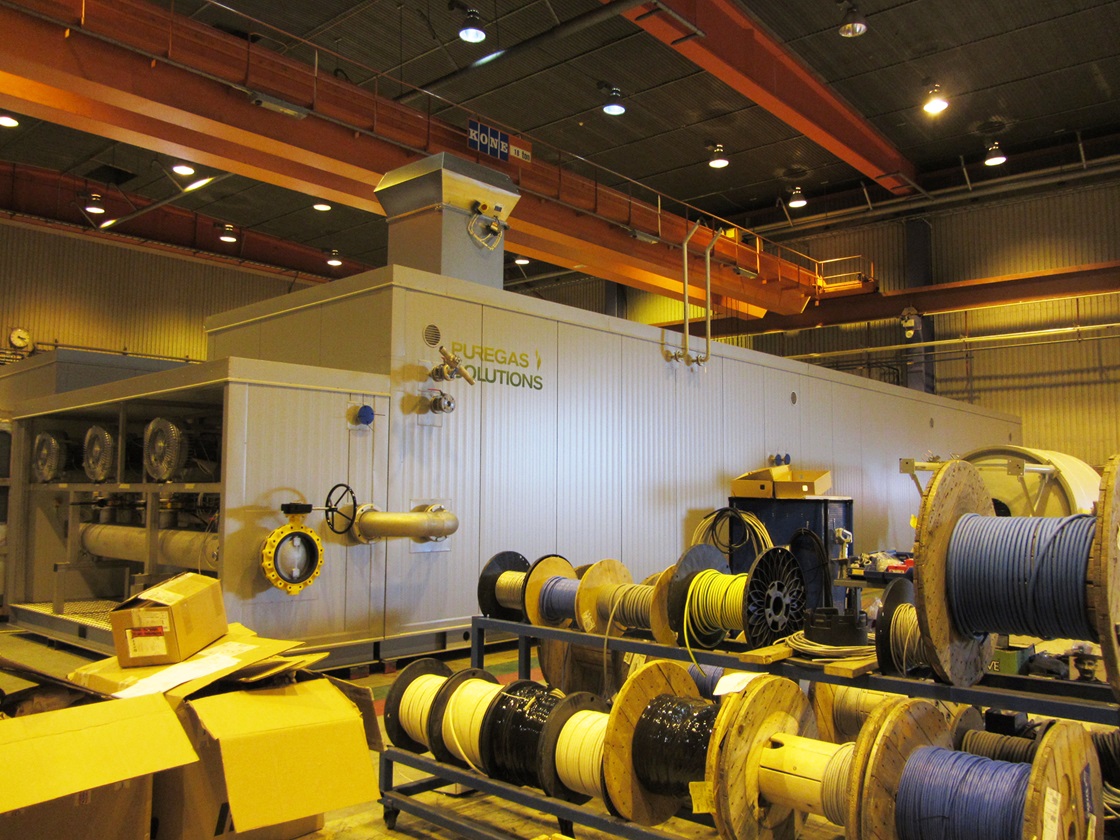 In the spacious and high-ceilinged workshops, intense work is in progress on a facility that is to be sent to Upplands Bro. In Gävle, a facility is in the middle of the start-up process, as is also the case in Trondheim. This facility will produce liquid biogas from 2,800 m3 of raw gas.

When the raw gas leaves the reactor, it has a methane content of between 50% and 65%. In order to become vehicle fuel, either as a gas or as a liquid, it must be significantly purer than this, with a methane content greater than 97% in gaseous form or 99.8% in liquid form.

“The range of a vehicle is five times greater when biogas in liquid form is used. This will be a technology to be used in the future for heavy lorries and sea-going vessels, which can carry a large volume and must travel long distances without refuelling,” says Rolf Håkansson, business development manager at Puregas Solutions.

The largest facilities cannot fit into a single module, but are built as several modules that are easy to couple together. The group from the BRC gets inside a facility that is nearly ready for delivery, and inspects it closely.

“There’s the join,” says Martin Mogren of Puregas Solutions, pointing to a nearly invisible line in the wall. 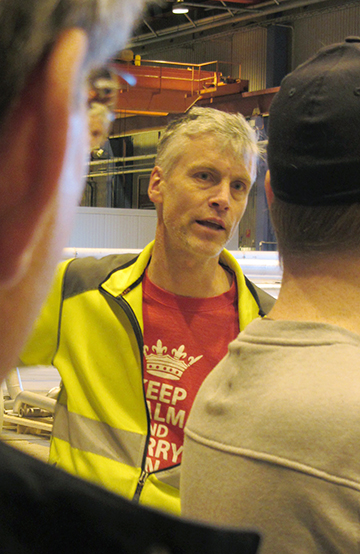 Rikard Jonsson, Puregas SolutionsThe company has its own patented technology that removes carbon dioxide and upgrades biogas to vehicle fuel. A sister company Purac, recently sold to China, is often responsible for the delivery of the biogas reactor itself. The two companies can provide a reactor combined with upgrade technology from Puregas Solutions, and have managed to get a foot into the international market. They are two of only a few Swedish companies within biogas that have managed to establish successful export.

Largest plant i the Nordic region

In 2017, for example, the largest purification plant for liquid biogas in the Nordic region will be ready for use in Trondheim, Norway. The plant will deliver 25,000 kg of biogas, corresponding to 125 GWh, every day. And Puregas Solutions facilities have been set up also in Denmark, Ireland, Great Britain, Switzerland and Germany.

“Most of the time we have a couple of facilities under construction, one in production, and a couple more being installed. The workshop here gets involved for a while in the middle of the deal, when the facility is to be put together. We buy parts and set them together, but welded pipes, for example, we also manufacture ourselves,” says Rikard Jonsson, who is showing us around the facility.

He can see only advantages of operating facilities they have delivered, in some cases.
“This means that we can see how the facilities work out at the customers’. And when problems arise, we can rapidly sort them out,” he says. 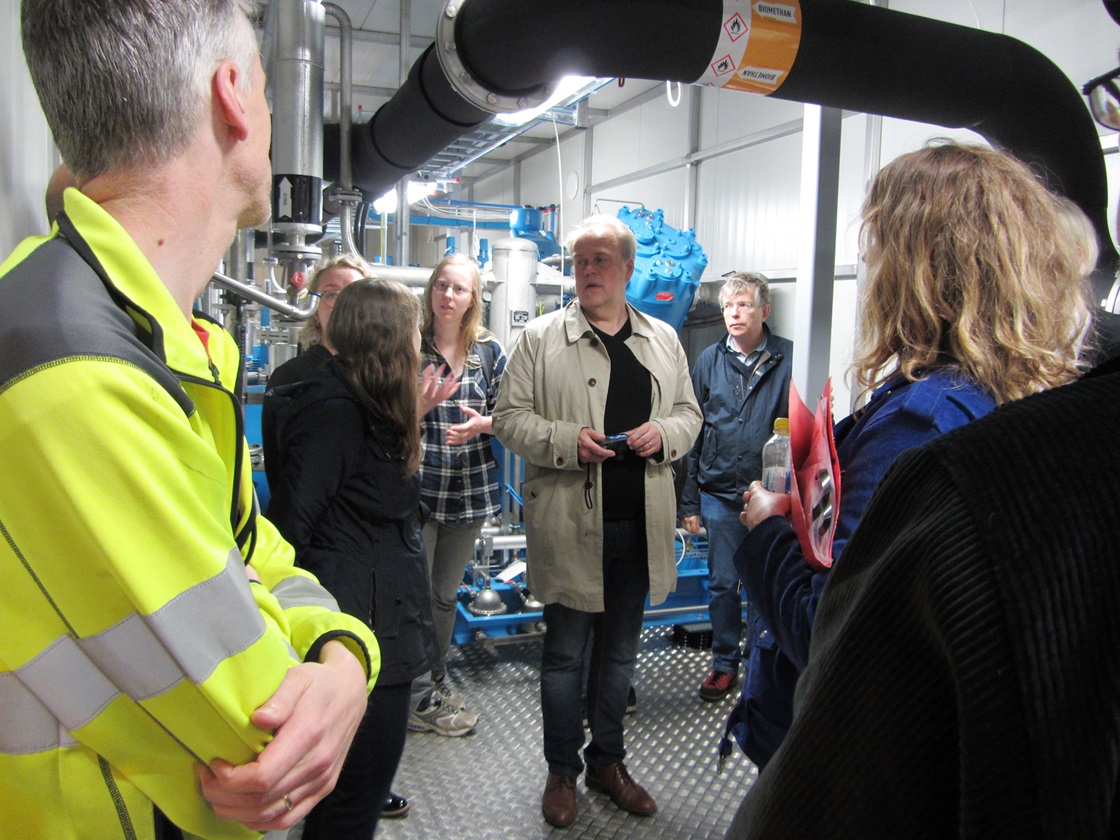