The PH lamp, the Kodak pocket camera, and Lego plastic construction blocks have all contributed to making history through their forms or functions, and through having been freely plagiarised (besides having been inspired by and having copied others...).

For two days, a group of researchers from Scandinavia and Australia gathered in Norrköping to discuss the relationship of intellectual property law in particular to iconic brands and designs such as Lego, the PH lamp, and the Kodak camera. What can be protected through intellectual property law, and what can’t? How have Lego and other major brands shaped themselves and related to jurisprudence? 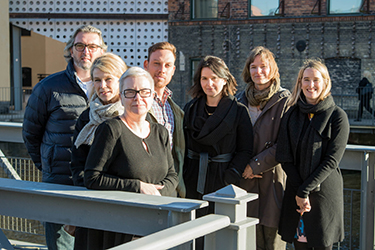 Eva Hemmungs Wirtén (foreground) invited researchers to an international workshop on intellectual property rights. Photo credit: Anna Valentinsson
The initiator and host of the workshop was Eva Hemmungs Wirtén, professor of mediated culture at the Department of Thematic Studies – Culture and Society (in the foreground of the picture at top). For more than 15 years, Professor Wirtén has herself been part of the international and interdisciplinary research that developed around intellectual property law. For her, the workshop was an opportunity to gather some of her research colleagues, with whom she has been working for many years, for joint work around materiality and ownership – work she hopes will continue through future collaboration through bodies such as The International Society for the History and Theory of Intellectual Property (ISHTIP).

The workshop also resulted in two conversations in the “Unbound Conversations” podcast series, which you can listen to below. 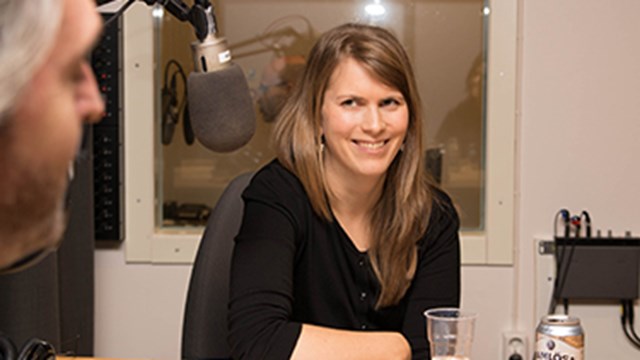 In “Form or function?”, Johanna Dahlin leads a discussion, in Scandinavian languages, between two of the Nordic countries’ leading researchers in intellectual property law: Marianne Dahlén, reader and lecturer in the history of law at Uppsala University, who has devoted herself in particular to the fashion industry (with a focus on Sweden and Italy); and Stina Tellmann, reader and lecturer in design at the University of Southern Denmark in Koldin, who has Danish design as her field of specialisation.

Both researchers have a more humanistic than legal approach to intellectual property law, and their conversation deals with Scandinavian design and the differences in the views on design from the perspectives of designer and consumer. The PH lamp is an example of this: Poul Henningsen constructed his lamp based on function – getting the best illumination in Danish homes – and applied for a patent for the technical solution. For many customers it was the appearance that made it attractive, but Henningsen hadn’t protected the design; copies began appearing without fail. 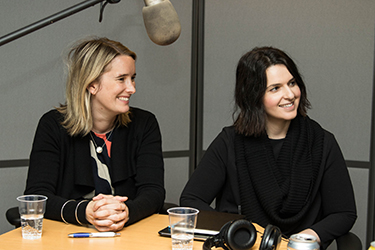 Jessica Lake and Amanda Scardamaglia, from Swinburne Law School in Melbourne, spoke about intellectual property law as a field of jurisprudence and its historical development. Photo credit: Anna Valentinsson

How Lego protected it's plastic pieces

The history of Lego, the toy manufacturer, is an example of how intellectual property law has developed, and has been studied by Professor Hunter. From the beginning, Lego wanted to protect the construction of the original plastic pieces, which makes it possible to build them together. This led to many contentious legal battles with companies that plagiarised Lego pieces.  The turn came when Lego instead chose to become a ‘transmedia company’ with protection for the entire concept – movies, video games, and the brand developed by the company – and Lego has become a giant on the market. The conversation also deals with the soap industry, which by the end of the 1800s had already realised the value of creating and protecting their brands, and Kodak, which at the end of the 1880s launched its Kodak camera, soon became a market leader, and also changed photography forever – but whose rights are we protecting? The person behind the camera, or the one being photographed?

The former podcast is in several Scandinavian languages, and the other is in English. They were recorded and produced at the Department for Studies of Social Change and Culture (ISAK) at Linköping University.

The will of the people – how seats will be distributed fairly

In democratic elections, the number of seats in parliament is to be proportionate to the number of votes. However, that is not the case. An optimisation model has been developed at LiU, one which gives a better reflection of the will of the people.