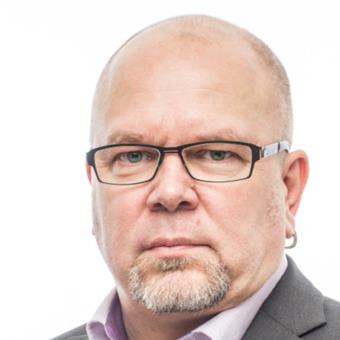 The main perspectives on ageing and later life are diversity, distributions and social inequality, life course and individual development as well as social and cultural change.

It is important to deepen the understanding of ageing and later life as well as of the social consequences of demographic change as core issues within social sciences, social policies and society. Research on ageing is predominantly rather an interdisciplinary field than a discipline on its own. Nevertheless, it needs disciplinary excellence as well as ongoing interdisciplinary input, exchange and stimulation to unleash its high relevance.

Andreas Motel-Klingebiel is a Professor in Ageing and Later Life at Linköping University’s Division of Ageing and Social Change (ASC) and a Sociologist and Gerontologist. Professor Motel-Klingebiel received a PhD in Sociology from Free University Berlin and got his venia legendi from the University of Vechta and the Humboldt-Universität zu Berlin, where he taught Gerontology and Sociology. He is the research director and head of the Division of Ageing and Social Change at Linköping University and the Editor of The Journal of Aging and Social Change. Before accepting this professorship at LiU in Sweden, he also held positions as Head of Research and Deputy Institute Director of the German Centre of Gerontology (DZA) in Berlin, where he, among others, was the director of the German Ageing Survey (DEAS), and as researcher at the Research Group on Aging and the Life Course (FALL) at Freie Universität Berlin as well as in the Berlin Aging Study (BASE) at the Max Planck Institute for Human Development (MPIB).

Professor Motel-Klingebiel has extensive experience in quantitative research with national and international survey and register data and his research targets the multi-level interdependencies between social change, life courses, human ageing and old age with an emphasis on quality of life, diversity, distributions, social inequality and exclusion. He aims at developing high-quality interdisciplinary multi-level ageing research with thorough links to the fields of research on issues of ageing and social change and at generating impact on the national and European level. Current research focusses on late working life and retirement, ICT, social relations, exclusion, ageism and age discrimination from a life course and inequality perspective.

George Pavlidis, Thomas Hansen, Andreas Motel, Marja Aartsen (2022) Network and solitude satisfaction as modifiers of disadvantages in the quality of life of older persons who are challenged by exclusion from social relations: a gender stratified analysis Applied Research in Quality of Life

GENPATH analyses gender differences in social exclusion across Europe. It asks for its roots and consequences in health and wellbeing in old age.

EuroAgeism is a multi-disciplinary, multi-sectorial, science-policy international research network. Advanced research and the training of a new generation of Early Stage Researchers (ESRs) in the field of ageism are key for this endeavour.

EIWO pushes the boundaries of knowledge about late work and the potential of its inclusive and equal prolongation - it provides evidence for ageing work and life course policies.

Older workers and the digitalization of work in the Nordic countries

The network and workshop action DigiNord addresses aims at improving the understanding of how the digitalization of work affects older workers and late work. It takes an exclusion and social risk perspective on late working life

The project investigates the effects of hospitalisation risk-based assignment of healthcare services for older people on their quality of life, informal care received, their system trust, and their social distribution.

The project aims at understanding the effects and consequences of the COVID-19 pandemic in working life in Sweden from a social risk and inequality perspective on age and gender.

The ICT4Self-care builds evidence-based knowledge and practice of the use of ICT tools in order to achieve more effective self-care. Transverse studies on co-design, social selectivity and cost-effectiveness are included.

The goal is to challenge the practice of ageism by enhancing scientific knowledge on ageism, bringing together different disciplines of research and developing collaborations with various actors.

Old-age exclusion involves interchanges between multi-level risk factors, processes and outcomes. It leads to inequities in choice and control, resources and relationships, and power and rights in key domains of life

The Journal of Aging and Social Change (JASC)

The Journal of Aging and Social Change is a journal for aging research. It features articles on the dynamic interplay between aging and society, exploring advances in social and behavioral science on aging, life-course and social change

The Journal of Aging and Social Change (JASC)

A Master's programme with a focus on Ageing and Social Change

The global population is getting older. What are the challenges and possibilities that come with this? How can we ensure the wellbeing of an ageing population? These are the questions at the heart of Linköping University’s new master's programme.

When the elderly are subject to social and physical distancing it has consequences – both for the individual and for society. This is the conclusion of researchers at Linköping University.

Discrimination based on age is common. Still we don’t often talk about ageism. LiU is taking part in an international project aimed at shedding light on the problem of ageism in Sweden.