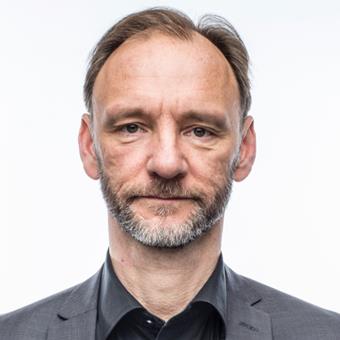 I study human interaction in naturally occurring situations. How do people accomplish recognizable actions together? And how are different activities produced, maintained or altered?

Every naturally occurring activity has its own specific sets of available resources for action. For example, spoken language is often a central communicative resource in human interaction. However, in most situations talk is not the only resource at hand. When we speak to each other, we often have the possibility also to see each other. This makes it possible to use the body and its relation to the material surround for communicative purposes. Therefore, when we communicate in real time we usually mobilise a number of mutually dependent and simultaneous behaviours. One example is when we point. The pointing hand often needs a verbal utterance for the recipient to understand, and, reflexively, the verbal utterance needs the pointing hand to be fully understood. The scientific approach that takes a particular interest in communication and interaction by means of several communicative resources is called multimodal interaction analysis, or multimodal conversation analysis, and this is where my own work is mainly situated.

Currently, I study distributed new production processes at a Swedish media house, that publishes news in print and for the web.

Based on detailed analyses of video recordings of a range of situations – where people speak French, Swedish or English – I have identified a number of everyday and professional ways of accomplishing particular actions, and showed their practical relevance in different activities. How people close down conversational sequences, theatre goers laugh together, television production crews live-edit studio interviews, and learn to drive in driving schools are some of the things that I have so far studied.

I teach courses in interaction analysis, linguistics and French at the Department of Culture and Society (IKOS). Previously the head of Modern Languages, I am now the vice dean for research and research training at the Faculty of Arts and Sciences.

They examine our interaction in detail

It’s easy to think that communication consists mainly of speech. But much of it takes place through gesture, facial expression and sound. Researchers study how we use much more than words in interaction with other humans as well as with robots.

Division of Language, Culture and Interaction

The department includes professional languages, English as well as research and teaching in the field of interaction studies.