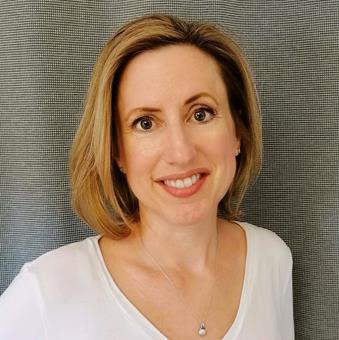 As a doctoral student in history, I research the lives of survivors of Nazi persecution who came to Sweden as refugees during and after the Second World War, with a focus on women and the role of gender and other differences.

My doctoral dissertation, tentatively titled Afterlives: Histories of Survivors of Nazi Persecution in Sweden is an analysis of how survivors of Nazi persecution who came to Sweden as refugees were involved in various sociohistorical processes during the post-war period, with a focus on women and the role of gender and other differences.

The origins of my research go back to early 2017, not long after my family and I moved to Sweden, when I was working as an independent historical researcher and writer. Since then, I have researched and published articles on the experiences, lives and, in some cases, untimely deaths of survivors of Nazi persecution who came to Sweden as refugees. This work served as the foundation my work as a doctoral candidate at Linköping University, which began in the fall of 2019.

More about my research

In the winter of 2019, I contributed to the Swedish government inquiry into a museum about the Holocaust in Sweden. I attended the national research seminar, but above all I was hired to write summaries of the panel discussions that took place at the international research conference organized by the inquiry. The summaries are now part of the published conference anthology, part of a Swedish Government Official Report (SOU 2020:21, Volume 2).

I am also an active member of the national network for Holocaust Studies that was formed in 2020, where I participate in discussions about the field's past, present, and future in Sweden and beyond.

Collections: A Journal for Museum and Archives Professionals

Newly recognized crossover testimonies give important knowledge of the Holocaust

A collection of Holocaust testimonies in Sweden includes cases in which Jewish and non-Jewish Polish survivors interviewed each other. A history of conflict stood between the survivors, but this does not appear to have influenced the testimonies.

I coordinated the international and interdisciplinary conference Bridging research praxes across pluralities of knowledge, April 26-28, 2022.

An interdisciplinary and international conference consisting of dialogues on ethics, collaboration, and knowledge production, 26-28 April, 2022.