Modern X-ray examinations contribute significantly to the dose to the public from ionising radiation. In order to provide even safer patient care, more accurate methods to measure patient doses need to be developed so that radiology clinics can minimize the radiation risk involved and provide good quality examinations.

Modern x-ray units register the air kerma area product, PKA, with a built-in KAP meter function. However, some KAP meters show a large energy-dependent bias (±25%) adversely affecting the dose-optimisation processes. The reason for this bias is the high atomic number conducting layer inside the KAP meter. To correct for this, a reference KAP meter calibrated at a standards laboratory and a new calibration method were developed to achieve an uncertainty of less than ±7% as recommended by international agencies such as IAEA.

A key feature of this method is a Monte Carlo computational model of the reference KAP meter. It is used to calculate beam quality correction factors for transfer of the calibration coefficient at the standards laboratory to any beam quality used in the clinic on patients. The figure shows the variation in energy imparted per unit dose to the KAP meter’s air cavities as function of photon energy for different thicknesses of the conducting layer. This large variation is the main cause of the KAP meter’s energy dependence and causes the bias.

We found large biases of built-in KAP meter readings and hence energy dependent calibration factors are needed for unbiased PKA. Correcting for this large bias, the uncertainty in the KAP meter reading can be much reduced. This improved accuracy makes systematic efforts to further reduce patient dose meaningful, while maintaining sufficient image quality for correct diagnosis or safe surgery. 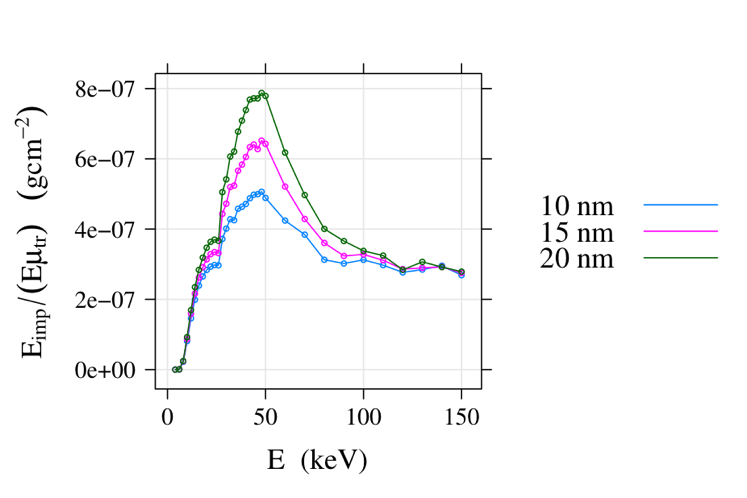 The figure shows the energy imparted (Eimp) in the KAP meter per air kerma at the KAP meter as fubction of the photon energy for three thicknesses of the conducting layer. 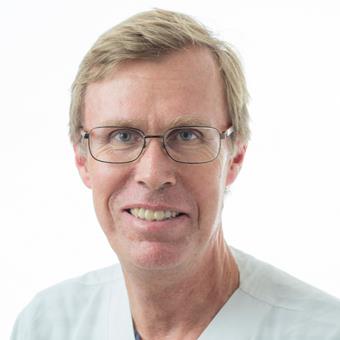 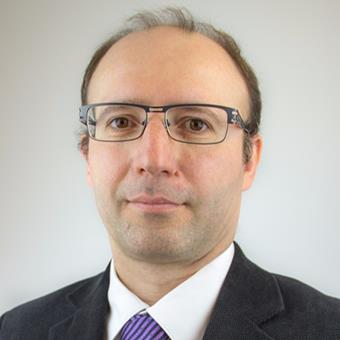 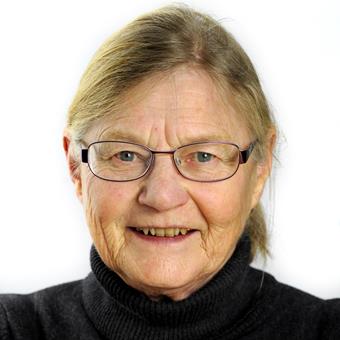