An intensive study of existing literature describing the behaviours of heart failure patients required for optimal functioning and treatment compliance resulted in 20 items that were considered important. A first version of the scale was developed in Dutch and translated into English and Swedish.

Phase 2: Revision of items and response and scoring format

To improve the scale two new international expert panels established the weight of each of the 19 items of the scale. The first panel consisted of 10 Swedish HF nurses who rated the importance of the items as low, medium or high. An international panel of HF experts finally discussed the formulation and relevance of the items as well as the response and scoring format. Experiences from patients in the Netherlands and Sweden regarding items and response format were also considered in this discussion. Different options for scaling responses were considered during this process. Patients found it difficult to answers yes or no to the statements and commented on that they wanted a more differentiated scale. The same issue was raised from the international expert panel. Self-care behaviour is not always “black or white”, it is common that patients perform self-care behaviour to a certain extent. The scale involves statements on behaviour that the patients can agree on or not. Scoring format of the scale was revised from a dichotomous scoring format (yes/no) to a Likert-scale, since the complex picture of human behaviour is often on a continuum. The scaling response was changed so that the patients can score on a 5 points scale between 1 (I completely agree) and 5 (I completely disagree). Adjectives like never, often and always were not seen as an option for scaling response, since they are vague and do not convey the same meaning to everyone and have therefore poor reliability. Another difficulty is that the meaning assigned to adjectives differs with the context and could not be used for all statement of the scale.

All the items were evaluated with the same response format and in the same direction (i.e. lower numbers represented less disagreement) because response set bias seems to be less of an issue that confusion in this ill, elderly patient population. The revised scale is called the European Heart Failure Self-Care Behaviour Scale. The scale was developed in English with translation and back translation into Swedish and Dutch, using health care professionals that spoke Swedish, English and Dutch or two of these three languages. In a later stage this procedure was followed to translate the scale into other languages.

Data from 2592 HF patients (mean age 73 years, 63% male) HF patients from 6 countries were analysed. Internal consistency was determined by Cronbach’s alpha. Validity was established 1. through interviews with HF experts and with HF patients; 2. item analysis; 3. confirmatory factor analysis; 4. analysing the relationship between the EHFScB scale and scales measuring quality of life and adherence. Internal consistency of the 12 item scale was 0.77 (0.71 to 0.85). After factor analyses and critical evaluation of both psychometric properties and content of separate items, a 9-item version was further evaluated. The reliability estimates for the total 9-item scale (EHFScB-9) was satisfactory (0.80) and Cronbach’s alpha varied between 0.68-0.87 in the different countries. One reliable subscale was defined (consulting behavior) with a Cronbach’s alpha of 0.85. The EHFScB-9 measures a different construct than quality of life (r=0.18) and adherence (r= 0.37).

Self-care in heart failure, where the EHFScB scale can be used, refers to behaviours or measures that the patient himself performs with the aim of increasing life expectancy, health and well-being.

The scale is available in several translations. Feel free to use whichever version and in the language you want. 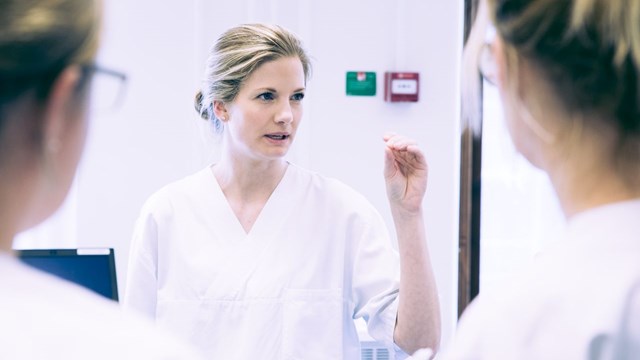