With the introduction of functional magnetic imaging (fMRI), the knowledge of the brain’s function has increased considerably. fMRI is based on a local cerebral blood flow increase and a concomitant increase of blood oxygenation in activated areas of the brain.

Despite fMRI is a common method in neuroscience and has increased applications within neuroradiology, the relation between synaptic activity and cerebral blood flow is still elusive. In my research group, we investigate this connection, the neurovascular coupling, using system biology approaches.

When the brain is activated, the cerebral metabolism increases and neurotransmitters e.g., GABA and glutamate are released in the synapses. Through a cascade of cell signalling processes, vasoactive substances are released. These substances cause dilation or contraction of capillaries, thereby increasing or restricting local cerebral blood flow. This process is called the hemodynamic response and the signal measured in fMRI is also called the blood oxygen level dependent (BOLD) response since the signal is dependent on blood oxygenation. 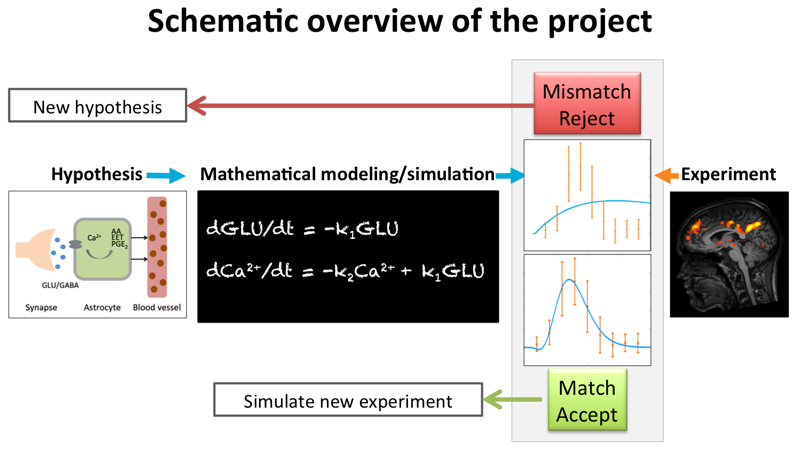 In system biology modelling, we start with investigating different biological hypotheses that describes relations between neuronal activity and the BOLD response. Thereafter we translate these hypotheses to a mathematical language using ordinary differential equations (ODEs). Such ODEs could for example describe synaptic glutamate release or actions of vasoactive agents. In the next step, we test the models against experimental data. If the model cannot describe data or if the description is not biologically acceptable, the hypothesis is rejected and a new hypothesis is constructed. If the model can describe data in a biologically relevant way, we continue with model validation using new experimental data. 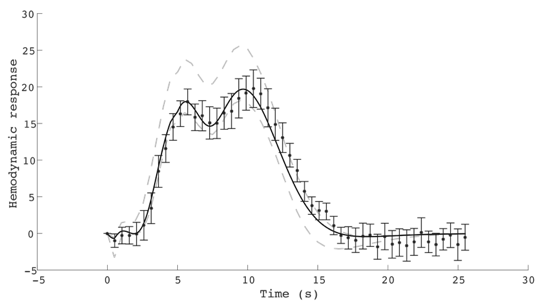 We have shown that modelling both metabolism and neurotransmitter activity is necessary to describe data in a biologically acceptable way. This model can also simulate new experimental data. The figure above is an example showing that the model can simulate the behaviour of new experimental data from two short visual stimuli with four seconds interstimulus interval. The black line shows the best simulation and dashed grey lines show interval with acceptable model parameters. Experimental data are shown with dots and error bars. 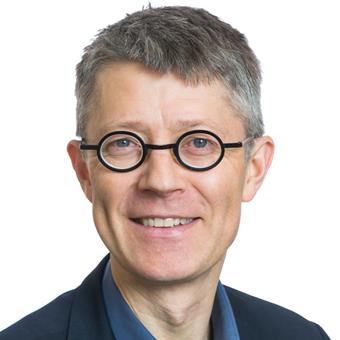 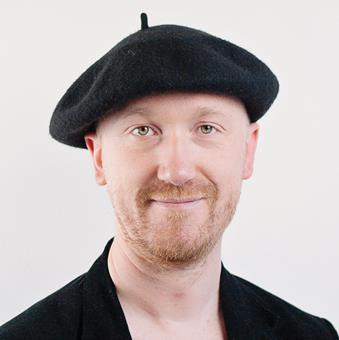 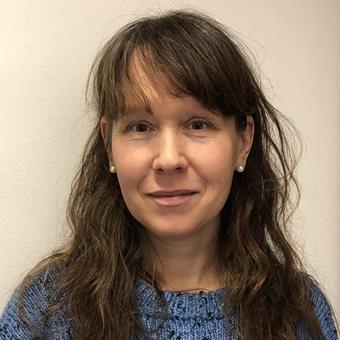 Sleep is a naturally recurring state, which still is a mystery since its function and purpose is not fully understood. In this project we explore the neural networks of the human brain that are involved in the regulation of sleep and wakefulness.