Water + carbon dioxide + sunlight = fuel. Jianwu Sun is working on an approach that may be able to reduce the emission of carbon dioxide to the atmosphere. He was recently awarded a grant from Formas, the Swedish research council for sustainable development, for the research projects of future research leaders. 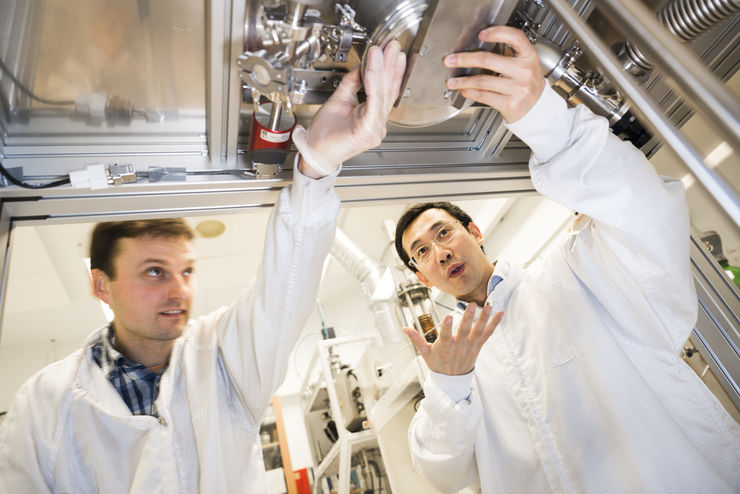 The researchers work with the growth reactor in which cubic silicon carbide is made. Photo credit Thor Balkhed

“We are facing a disaster, if we continue to release carbon dioxide into the atmosphere. Society depends on energy, but we cannot continue to use fossil fuels for ever. This is why I am extremely interested in research into a renewable way of manufacturing fuel using solar energy,” says Jianwu Sun, associate professor at the Department of Physics, Chemistry and Biology at Linköping University. 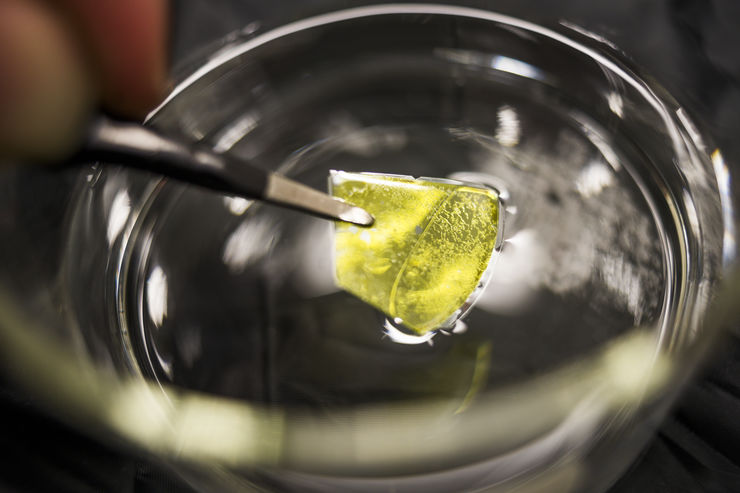 He will use the coming years to develop a novel method to convert carbon dioxide and water into chemical substances, such as ethanol, methane and other hydrocarbons, that can be used as fuel. The process will be driven by energy from the sun. The efficient conversion of carbon dioxide and water to fuel may be able to contribute to reducing carbon dioxide emissions to the atmosphere. Jianwu Sun recently received a SEK 3 million research grant from Formas, the Swedish research council for sustainable development, for his work.

“No one has managed this in an efficient way previously, so it’s an exciting challenge. The grant from Formas will enable me to start my own research group. When I first got the news of the grant I became highly excited. I immediately started to think about the practicalities of carrying out the project effectively. I will probably take on a doctoral student or postdoc for the project,” says Jianwu Sun.

Enticed back to the academic world

Jianwu Sun has worked in China, France, Belgium and Sweden during the past 10 years. He has had time to experience what it’s like to carry out research not only at universities but also in more industry-oriented environments. Both types of research environment have advantages, he believes. 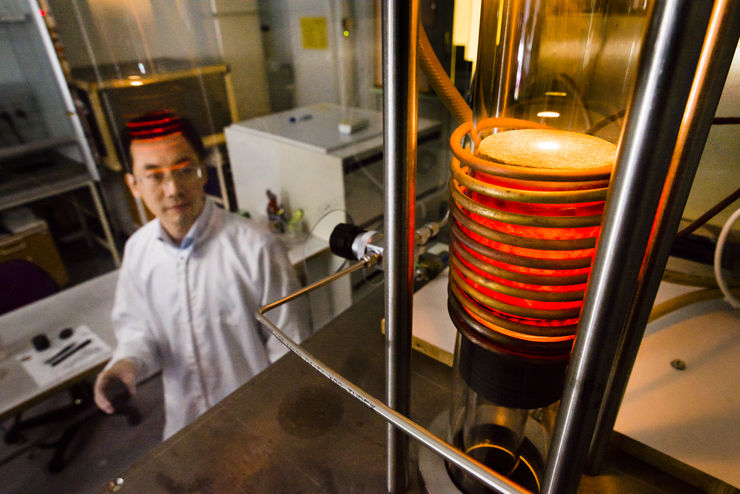 The growth reactor in which the researchers grow cubic silicon carbide is cooling down. Photo credit Thor Balkhed

“The greatest difference is that in industrial research you are closer to the application in practice, and can see the effects of your contribution more directly. I am also greatly impressed by the highly efficient and close collaboration in the industrial-oriented research environment. But as a researcher in industry, you don’t have the same possibility to follow the research direction in which you are most interested.”

The freedom to influence the direction of his own research is a strong argument for Jianwu Sun. After research for some years in industry, he was enticed back to the academic world, partially for this reason. But his time working in industrial research included many valuable experiences.

“When I worked as senior researcher at the IMEC in Belgium, which is the world-leading research hub in nanoelectronics and digital technologies, we had very dense meetings, fruitful discussions and extensive collaborations. I was very impressed by the excellent communication skills of some colleagues. Indeed, I have learnt a lot from that experience.”

Jianwu Sun believes that he has benefited from working on research with different objectives and gaining experience in different research environments.

“Young researchers may consider to go to another research group or country for an exchange visit or a postdoc period. One can benefit from such experience in different ways and it would also help to improve their communication skills.”

Several factors contributed to Jianwu Sun choosing LiU as the place to carry out his research. One factor is that LiU has world-leading research in materials science, in particular in the development of silicon carbide, which Jianwu Sun wants to explore in his work to use solar energy to produce fuels. But the factor that he mentions first is the social environment: 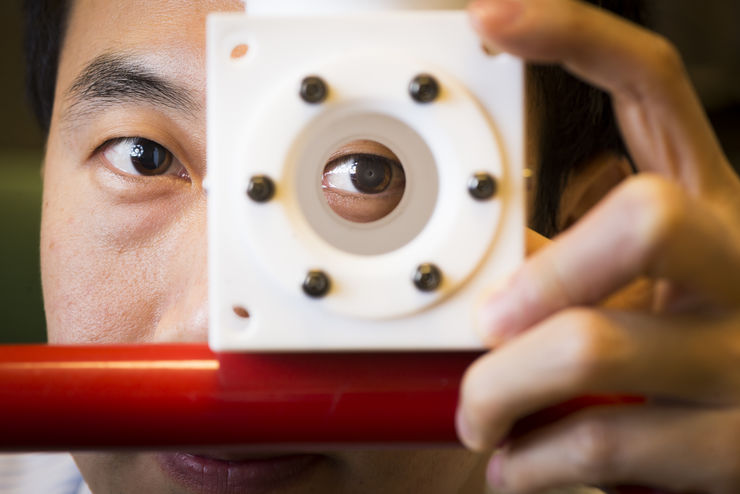 “I noticed that LiU is much more international than other universities where I have worked in France and China. In our division we have researchers from Thailand, Lithuania, Vietnam and many other countries. I’m convinced that the mixture is very good for research.”

Jianwu Sun believes that diversity is a characteristic of a healthy research environment. This is true not only when the researchers come from different countries, but also when there is a productive mixture of the research topics that the researchers are working on.

“People in a productive research environment must also have open minds and they must be willing to share ideas and experiences. This leads to fruitful discussions and people inspiring each other.”

In the spotlight: Eco-friendly travel

Researchers at LiU are working to develop a method to convert water and carbon dioxide to the renewable energy of the future, using the energy from the sun and graphene applied to the surface of cubic silicon carbide.

One way of making aviation more sustainable is to improve the materials used in the aircraft themselves. Efforts to reduce the environmental impact of aviation are a lot about details and collaboration.

Talk is not enough for fossil-free

“We could be using fossil-free cars, freight and air travel, but so far there’s been a lot of talk and very little action. And most people have completely unrealistic expectations for how rapidly we can achieve a transition”, Mats Eklund says.

Air travel can become more environmentally sensitive. Huge efforts are being put into technological developments to reduce its impact. The use of biofuels and more frequent intermediate landings would reduce emissions, but someone has to pay.

Water + carbon dioxide + sunlight = fuel. Jianwu Sun is working on an approach that may be able to reduce the emission of carbon dioxide to the atmosphere.