The complexity of issues as diverse as climate change, energy storage, a cure for cancer, and antibiotic resistance requires a broad chemical knowledge. This programme has a strong experimental focus and prepares you for a career working with anything from materials to pharmaceuticals.

Selection for the January application round is based on merit rating (grade tariff) at three levels. If necessary, applicants within the same merit group will be selected by lot.

Master of Science in Chemistry, 120 credits

SEK 252000 - NB: Applies only to students from outside the EU, EEA and Switzerland.

Selection for the January application round is based on merit rating (grade tariff) at three levels. If necessary, applicants within the same merit group will be selected by lot.

Master of Science in Chemistry, 120 credits

SEK 252000 - NB: Applies only to students from outside the EU, EEA and Switzerland.

As a skilled chemist you can play a key role in solving the challenges we are facing concerning the environment and the health of an aging population. This master’s programme has a modern, molecule-centred approach which transcends the boundaries between traditional branches of chemistry.

Throughout the programme, our experienced teachers, who are all active researchers, will explain how molecular properties are understood, designed and used. You will study the details of the chemical bond, followed by synthesis and analysis of molecules and materials. Courses in nanotechnology, medicinal chemistry, and materials science will help you understand how chemistry is central to a wide range of applications, why molecules with certain structures are suited for particular tasks, and how molecular properties can be enhanced to suit the application even better.

You will spend a lot of time in our labs getting hands-on experience of chemistry and applying theories covered in the lectures. Linköping University (LiU) has strong research in chemistry and related subjects, including computational studies of catalysis and surface chemistry, as well as the synthesis of hard and soft materials. We are also developing synthetic molecules for pharmaceutical and diagnostic purposes, and methods for forensic investigations. For your thesis you can opt to work either with a research group at LiU or with the industry.

Ask questions or sign up to our eNewsletters to be reminded of important dates, tips and news.

A detailed syllabus, curriculum and information on courses, including literature, can be found in our study information database via the link below. For entry requirements and tuition fees, please click the ”Admission requirements” tab at the top of the page.
Syllabus and curriculum

Do you want to learn more about the Chemistry programme? Watch this webinar with Professor Henrik Pedersen from January 2019.

The job market for chemists is excellent. After graduation, you will understand chemistry from an integrated, molecular perspective and have the skill set to work in the pharmaceutical or the materials science industries, as well as for environmental agencies. The fundamental knowledge of chemistry acquired from the programme will allow you to change direction during your career – different applications require molecules with different properties, but they are designed using the same principles. The programme also makes you well prepared for further studies towards a doctoral degree. 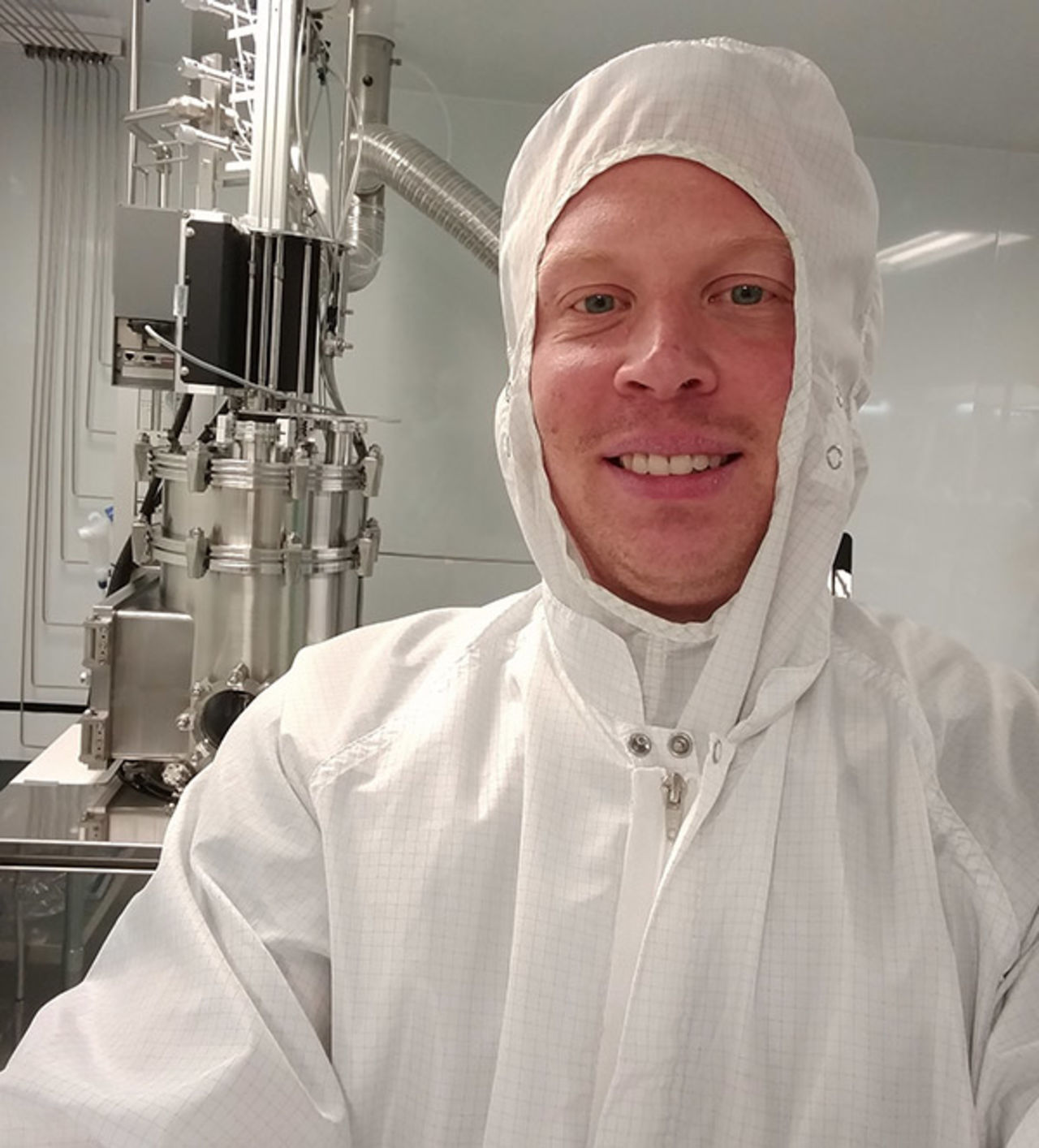 What do our current students do on their diploma work placements?

This programme prepares you for all fields of chemistry. Our students can be found in a broad spectrum of diploma work placements - doing research work at LiU, drug industries or labs. Read about some of our current students' placements below.

Pentti Niiranen, on diploma work placement in a research group at LiU

"My thesis is a continuation of previous research done here at IFM (Department of Physics, Chemistry and Biology) where plasma electrons were used as a reducing agent for depositing metal films. What I do is in-situ studies using an QCM sensor in this CVD process. The special thing about this process is that the electrons from an argon plasma are used as reducing agents instead of another source molecule. This is done by applying a positive bias to the substrate, which in my case is an QCM sensor, which causes the plasma electrons to be drawn towards the surface. This then provides an opportunity to study what is really happening on the surface, which is important for understanding the process."

"I am doing my master thesis at AstraZeneca in the group for Advanced Drug Delivery. In this early stage of pharmaceutical development, the analytical chemists investigate solubility and stability for various drug candidates. I will perform these experiments and determine whether there is a correlation between these properties to avoid repetitive analyzes. The samples will be analyzed with UPLC-UV-MS. As a second part of the project, I will also perform the sample preparation on a liquid handling system and validate it for implementation."

Pamburayi Mpofu, on diploma work placement in a research group at LiU

"My diploma work within material chemistryp is two-fold. First I constructed (designed, built and set up) a cost-effective ALD reactor, then secondly I test experimentally if the reactor construction has been a success by depositing thin films. The second part is the more fun of the two. I'm depositing metal oxide thin films from novel metal precursors that we synthesize locally within the Pedersen Research Group and water vapor as the oxygen source. In addition, I do experimental characterization of the films using many analytical methods that we have in materials science that include XRD, XPS, SEM etc."

"Air pollution is a critical environmental problem both now and in the coming decades. Recently, the issue of indoor air quality has received increasing attention for improving the comfort and health of building occupants. Among various indoor pollutants, volatile organic compounds (VOCs) are a group of typical organic matters with adverse effects on human health.

2D nanosheets catalysts have attracted considerable research attention because of their novel properties, which have found wide applications in energy and environmental fields. Thus, my master's thesis project is to design an ultrathin two-dimensional material(NiFe-LDH) to effectively remove NO in indoor air through photocatalysis."

We are a multidisciplinary team with a passion for science. Our research is focused on design and development of molecules, soft materials and hybrid nanoscale components and devices for a wide range of biomedical applications.

Ångströmhuset is a purpose-built environment, enabling continuous and noise free operation of one of the world’s sharpest (scanning) transmission electron microscopes.

Indium nitride is a promising material, but difficult to manufacture. Scientists at LiU have developed a new molecule that can be used to create high-quality indium nitride, making it possible to use it in high-frequency electronics.

Molecules that change colour can be used to follow in real-time how bacteria form a protective biofilm around themselves. This new method may become significant both in medical care and the food industry, where bacterial biofilms are a problem.

Hard coatings have been Johanna Rosén's specialty since she flung herself out into the world of research with a master’s in theoretical physics. Now she’s taking a new, big step, thanks to a SEK 37 million grant. How to apply for master's degree studies at LiU

A step-by-step guide to everything you need to know about applying for LiU's international master's degree programmes using the application system in Sweden.