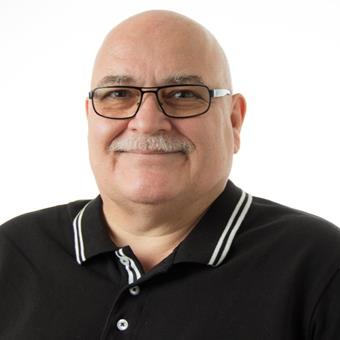 The reperfusion in the cardiac surgery and the remote ischemic preconditioning are the main focus of my research.

Changes in cardiac metabolism during cardiac ischemia in cardiac surgery are decisive in clinical practice. In the post ischemic period, myocardial stunning may cause serious clinical problems in the form of acute heart failure. Diabetics are a risk group and account for approximately 20% of coronary cases.

I have, for the first time in the world, described diabetic heart metabolism during coronary surgery and use of myocardial protection with high-dose glucose - insulin - potassium in this context in my medical dissertation that I defended in 2001. (Diabetes and Coronary Surgery: Metabolic and clinical studies on diabetic patients after coronary surgery with special reference to cardiac metabolism and high-dose GIK)

I have changed my research focus after my PhD and have as a postdoctoral research fellow been working at the Dept of pharmacology with ischemia - reperfusion in isolated heart as well as cardiac tissue. At the same time I conducted a clinical microdyalisis study of the skeletal muscle metabolism under cardiac surgery. The main interest was directed towards the experimental study of myocardial perfusion using infrared technology. I have gradually developed cooperation with IEI Department of Thermic Research, Cardio-thoracic Surgery and CMIV to, for the first time in the world, use "augmented reality" to visualize experimental cardiac ischemia during experimental conditions similar to cardiac surgery. The collaboration with cardiac surgeons and IMT Department of Biomedical Engineering has led to opportunities to participate in experiments and clinical studies with NIRS (near infra-red radiation) to describe myocardial oxygenation.

Cooperation with the Department of Pharmacology has continued and was transformed to research with translational character which means the different clinical questions were taken to the lab and studied in experiments.

In addition to the above studies, I conduct clinical studies on the early postoperative diagnosis of kidney damage in cardiac surgery and pedagogic research on problem based learning.

In collaboration with Scandinavian Real Heart we develop the surgical and aenesthesiological technique for implanting an artificial heart in patients with chronic heart failure.

Cardiopulmonary bypass is one of the key moments in cardiac surgery, characterized by significant fluid challenge and a major systemic inflammatory reaction. In our earlier studies we examined the intra and postoperative levels and dynamics of serum creatinine and serum cystatin C in order to describe such changes in patients with and without AKI. We also intend to find methods to dearly discover renal medullar ischemia and to test methods as remote ischemic preconditioning to improve the ischemia tolerance of the kidneys.
Co-operation: LIU and University of Tennessee.

After the cardiopulmonary bypass, the patients may also need vasoconstrictors because of the low systemic vascular resistance to maintain an acceptable perfusion pressure. This is most often a norepinephrine infusion. All these measures are not without harm. The patients having an arterial revascularization of the left main descending coronary artery (LAD) with a left internal mammary artery (LIMA) are at risk of a LIMA spasm. This causes an antero-septal ischemia or a massive anterior infarction, a life threatening clinical situation.

The post-cardiotomy heart failure is caused by the post-ischemic stunning. One of the most efficient treatments in this case is i.v. levosimendan. The levosimendan and the anesthetic agents together are potent vasodilators therefore the situation imposes the use norepinephrine infusion.
With this clinical background it is obvious that the study of vasoactive drugs used during coronary surgery especially after the cardiopulmonary bypass (CPB) is of major clinical importance. We study human LIMA as isolated organ in pharmacological laboratory

The organ donation is a major problem in the western countries. I contribute to the development of total artificial heart in collaboration with Scandinavian Real Heart. We also try to find a solution to the problem of the silent angina.
Co-operation LIU-Industry