Service sector important in development of a green economy

The transition to a green economy often deals with technology: solar panels, greener cars and new types of fuel. But green economies can also develop through changes in the service sector, and researchers recently gathered in Norrköping for an international workshop on the topic. 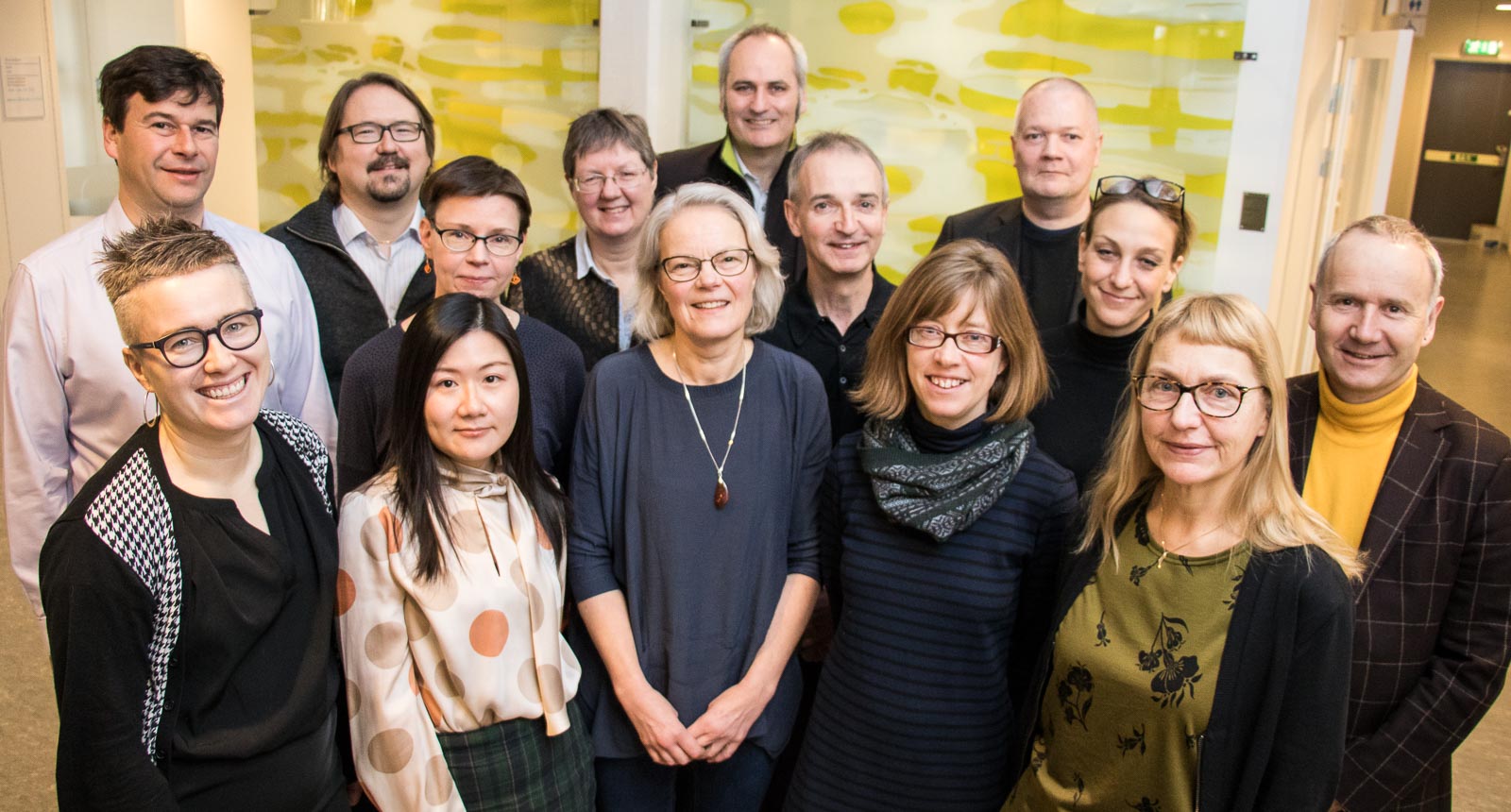 The researchers are members of “The Green Economies Network”, one of whose founders was Brita Hermelin, professor and research leader at the Centre for Municipal Studies (CKS) at Linköping University. She was also one of the organisers of the workshop “Uneven Pathways towards the Green Economy”, held for two days at CKS. The group that started the network consists of people active in economic geography, and all have studied the service sector and the role it plays in development and growth, mainly from regional and local perspectives. They have also examined how this influences the global distribution of growth.

Prosperity and development without harming the environment

The workshop discussed the obstacles and promoters to integration of the sustainable development goals with economic operations. Where are the geographical contexts in which green economies develop? Why is the geographical distribution so uneven? What local and regional relationships are needed to ensure that the economic model can succeed?

The definition of a “green economy” is a fundamental model that the UN has formulated for sustainable development: creating prosperity and economic development without harming the environment. It also takes into consideration sustainability, the use of resources, and the effects of growth and investment.

“A green economy has developed in many contexts into a growth ideal, and this raises the risk that ecological and social sustainability will be given less significance in practice. This is why political decisions and the formation of policy are important: these can influence the development of the green economy and how it can be integrated into the commercial sector,” says Brita Hermelin. Her research deals with the significance of cross-sector collaboration for local and regional development; sustainable development, and municipal planning for green growth.

“Municipalities can influence such matters as energy issues, waste management, urban planning, and procurement. They can also contribute to platforms being created at which collaboration and knowledge transfer can take place,” says Brita Hermelin.

The workshop in Norrköping was attended by 14 researchers from Great Britain, Norway, Finland and Luxembourg, and from three Swedish universities: Karlstad University, Linköping University, and Stockholm University. The background of the Norrköping workshop was the recently published book Services and the Green Economy, edited by Andrew Jones, Patrik Ström, Brita Hermelin and Grete Rusten. The workshop was financed by the Bank of Sweden Tercentenary Foundation.

Regional conditions crucial to the result

David Gibbs from the University of Hull started the workshop with a presentation describing studies of some powerhouse regions in Europe with green growth: “Green Tech Valley” in the Austrian region of Styria, where Graz lies; “New Anglia” in Norfolk and Suffolk (south-eastern Great Britain), and Bremerhaven in northern German on the North Sea coast. David Gibbs pointed out that even if national guidelines and intentions are present, the regional conditions are crucial for green economies. These include the knowledge available to decision-makers, the region’s self-image, local visions, and the ability to create new patterns of consumption. Several of the examples have in common that they have a falling population, poor supply of labour, and an industrial base that is undergoing transformation as large-scale industries close. 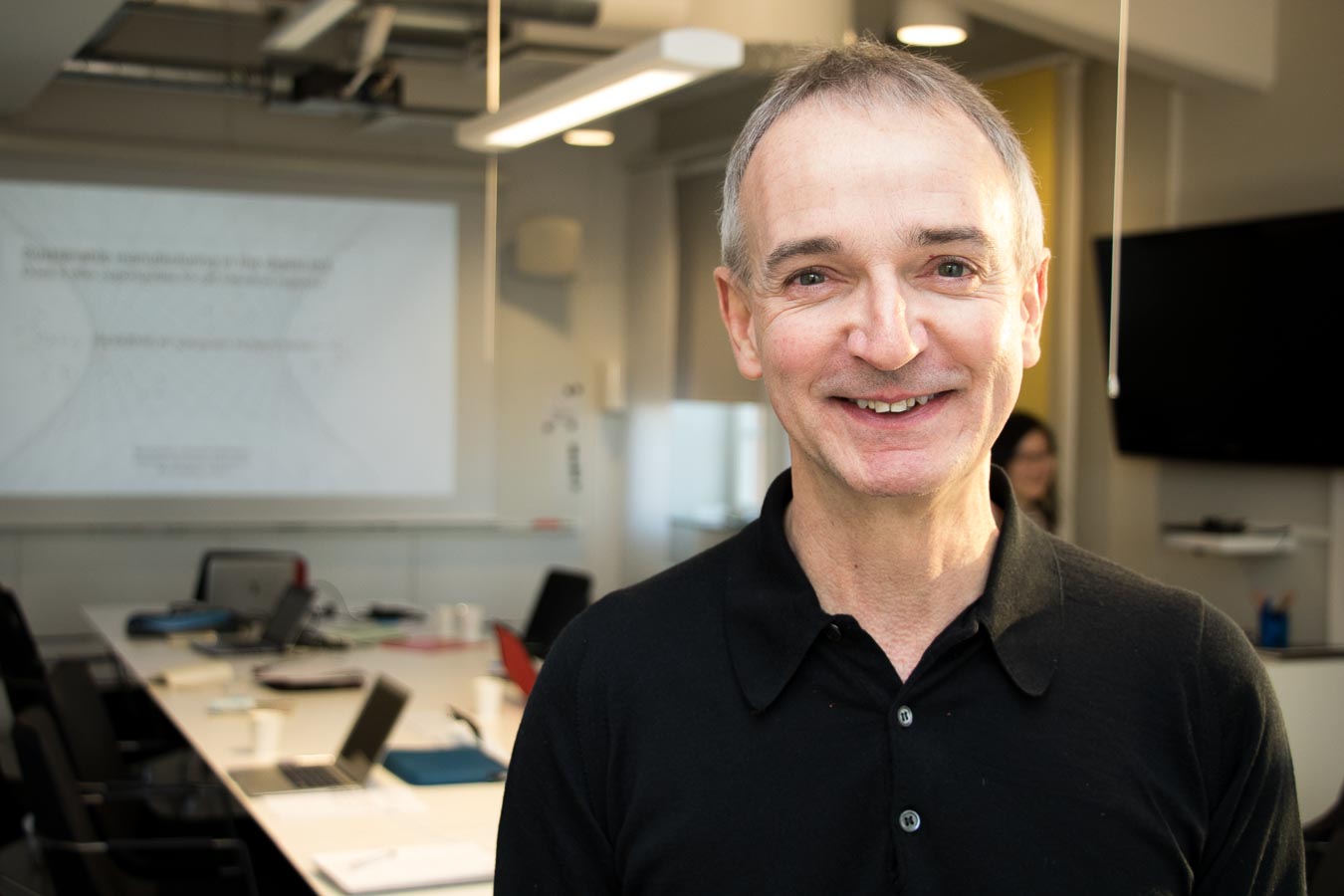 David Gibbs from the University of Hull pointed out that even if national guidelines and intentions are present, the regional conditions are crucial for green economies. These include the knowledge available to decision-makers, the region’s self-image, local visions, and the ability to create new patterns of consumption. Photo credit: Anna Valentinsson

The overall impression given by the presentations at the workshop was that many initiatives are being taken and rapid development towards a green economy is taking place, while at the same time the focus continues to be, to a large extent, on renewable sources of energy. It is probable that this will lead to comprehensive changes in how the commercial world and its operations are organised, and in the technologies and materials used. One example of the latter was given by Ida Andersson from Stockholm University, who described how the construction industry is competing in who can build the tallest wooden building.

Services in combination with manufacturing

This will also have an impact on where employment opportunities are located, one example of which is the planned battery factory in Skellefteå, which will have a crucial effect on the development of the region. The manufacturing at the factory is expected to employ just over 2,000 people.

“What the service-based perspective makes clear is that this production depends fundamentally on what is normally classified as services, such as research, environmental technology consultancy, certification, software development, and other services. There are plans to open a research and development department with just under 500 jobs in Västerås,” says Brita Hermelin. 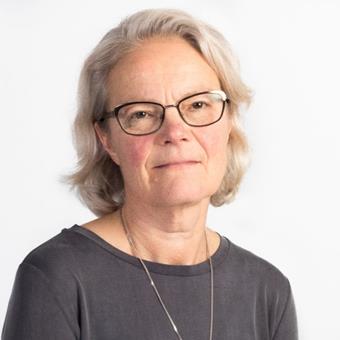