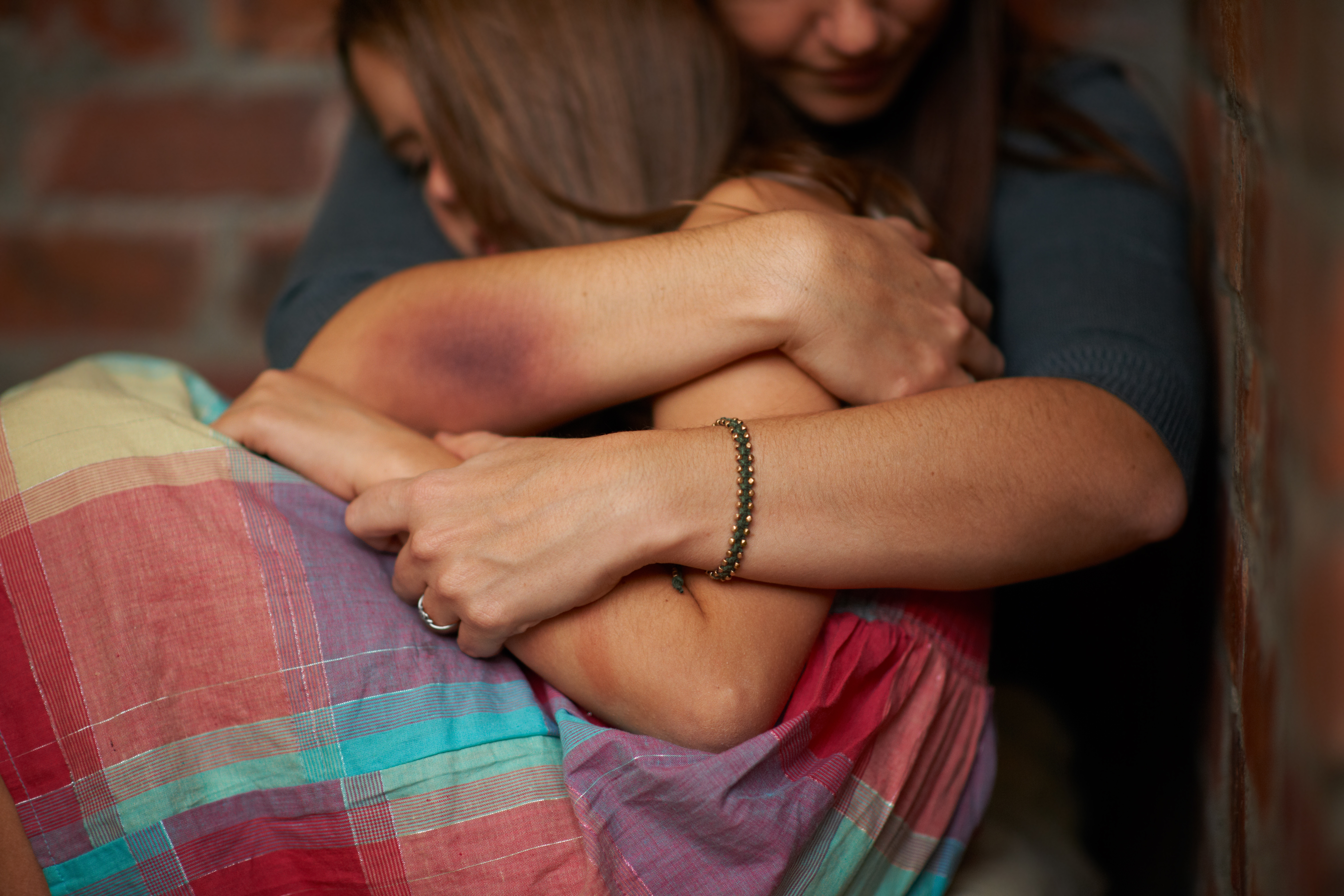 Anna, Karin and Isaac. Out of a class of thirty, three children are forced to witness how one of their parents hits the other.

“Violence within the four walls of the home was long seen as a private matter between those involved. But since the 1980s, violence against family members is subject to public prosecution”, says Ann-Charlotte Münger.

Ann-Charlotte Münger is a researcher in child and youth studies at Linköping University. Her research investigates how society meets the needs of children and young people when they require protection, help and support.

Making violence against family members subject to public prosecution was a signal that it is not a private matter, and the rights of the victim were strengthened. It became possible for other people than the victim to report incidents. However for children, the ones who witness the violence, not much has changed and there is little assistance available.

“For a long time, with crimes of this type, children were seen as an appendage of the mother. If a child lay crying in the apartment when the police arrived following a complaint from a neighbour, it wasn’t mentioned in the police report. It’s like they didn’t count,” says Ann-Charlotte Münger.

However in the late 1990s there was some focus on children. In research into violence in close relationships, a new area emerged that centred on the child, and women’s support organisations started projects for children. It was a political statement that children who have witnessed violence were considered victims of crime and were entitled to compensation.

“If a child is beaten, society intervenes, but not if a child is a witness to violence. Some research shows that being in the proximity of violence is actually worse than being exposed to it oneself. In any case it’s clear that these children have worse physical and mental health than other children,” says Ann-Charlotte Münger. 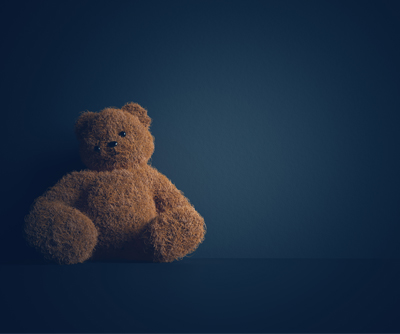 Roughly ten per cent of all children in Sweden have experienced
violence at home. Photo credit: iStock

Research shows that school is important to children who live with violence. But school and daycare staff rarely report any suspicions of violence or abuse in the home, according to the Save the Children report “När man misstänker att barn far illa” (2012) (When you suspect that a child is in trouble). And this is despite the fact that they have a duty to do so.

According to Ann-Charlotte Münger, both social services and the school system find it difficult to intervene when there is suspicion that a child is subject to domestic violence.

“If the parents say that there is NOT any violence in the home, there’s not much the social services can do. The school system, in turn, has trouble identifying these children. Intervening when it is something that the children experience outside school can be tricky – as can the contact with the parents.”

In a research project, Ann-Charlotte Münger and her colleague Ann-Marie Markström have worked with teachers in focus groups, a method that proved effective in getting teachers to process, discuss and reflect on how they can identify and support children who experience domestic violence.

“Focus groups could work as an educational tool in preschool and school. For instance, special needs teachers could use the method when discussing and deciding on ethically difficult work duties.

Criminal to expose a child to violence?

Those who are against criminalisation argue that it is extremely difficult for a child to testify against one of his or her parents. Also, it puts the victim in a tough situation: if a mother is hit, she becomes part of the crime that is committed against the child.

Ann-Charlotte Münger says that the whole issue is so complex that she hasn’t yet arrived at her own standpoint.

“But at least it’s clear that children who are subject to this need more protection and help.”

Research on children who witness violence: 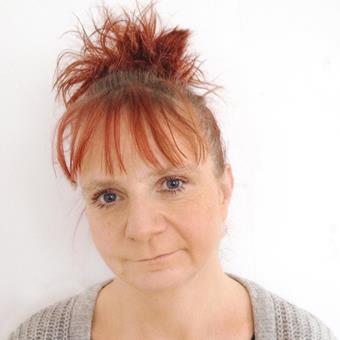 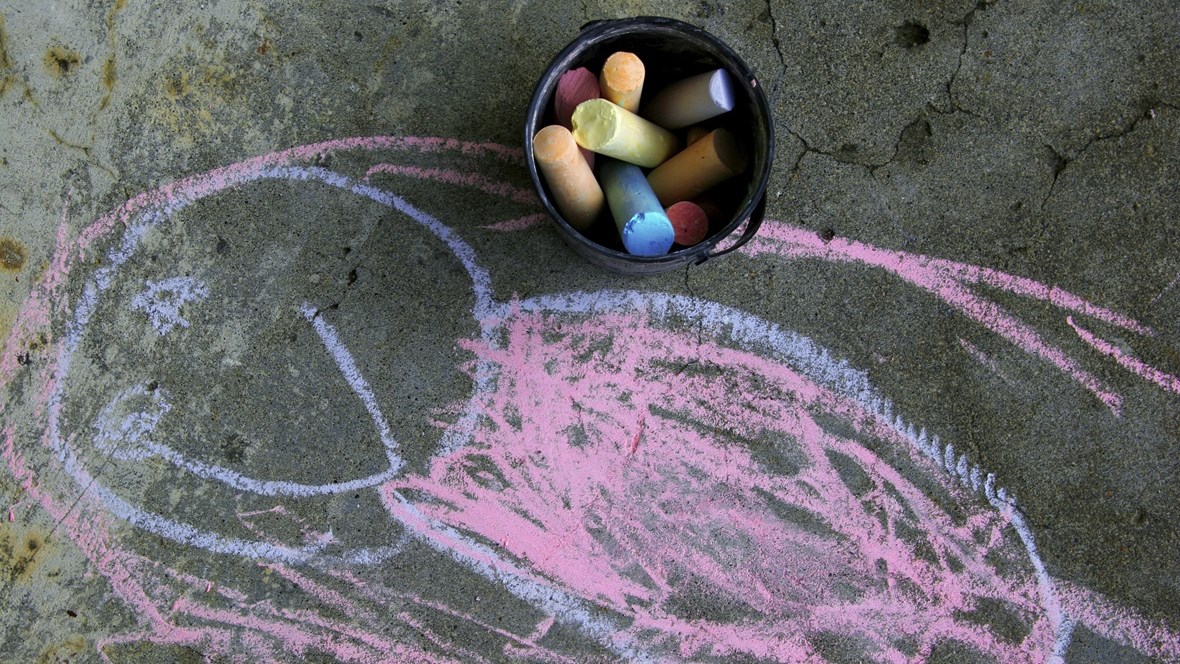 LiU is home to extensive research on children, young people and perspectives on childhood. The research is multidisciplinary and is conducted at several different institutions.

An international team of researchers have developed advanced computer models, or “digital twins”, of diseases, with the goal of improving diagnosis and treatment. They used one such model to identify the most important disease protein in hay fever.

LiU professor on the advance of electrification: Amazing progress

Electrification is surging forward as a major part of the transition to emission-free transport. The first electrically fuelled long  goods transport can hit the road soon as well as commercial airlines will offer flights on electric airplanes.

Study: The group most easily misled by financial "bullshit"

Impressive terms about finances and messages that are really pure nonsense. Some groups are more vulnerable for being misled by "financial bullshit". This is stated by researchers at Linköping University, including Gustav Tinghög, in a new study.

When Swedes were asked which public authority they would most like to work for, Linköping University (LiU) turned out to be the most popular answer. LiU also ranks tenth on a list of all of Sweden’s most attractive employers.

It is becoming increasingly popular to grow food in cities. But how much nutrients do vegetables need? Can superfluous nutrients end up in the water? A research project led by Geneviève Metson look into different aspects of urban agriculture.

On Wednesday, 20 april 2022, the minister for digital development Khashayar Farmanbar visited the Department of Computer and Information Science together with the Linköping municipal councillor Mari Hultgren.

Now, after two years of the pandemic, it’s finally time to gather again at Borggården for the donning of the hats, spring music and speeches – from, among others, the speaker of the Swedish parliament Andreas Norlén.

In 2015, Anna Ekström was chair of the board of Linköping University, which made the decision to build Studenthuset. She is now minister of education, and is impressed by the large building on Campus Valla.

Edwin Jager is the coordinator for a doctoral network that has been granted almost SEK 29 million from Horizon Europe. Using an interdisciplinary approach, the PhD students are learning how to develop material that can work as “textile muscles”.

30 million in grant for developing software for smart technology

The Swedish Foundation for Strategic Research (Stiftelsen för strategisk forskning, SSF) has given SEK 30 million in a grant to a research project at Linköping University.

NEST - a multi-million investment in the WASP program

Last year, WASP took the decision to start a total of nine NEST projects. One of the projects will be based at LiU and will involve several LiU researchers taking on the biggest challenges in AI research.

From LiU to “e-commerce king”

Pär Svärdson, took double degrees from Linköping University, and has since then started several companies, including Adlibris and Apotea.

Seven international researchers who have each contributed to research at Linköping University (LiU) are to become honorary doctors. The ceremony where they are to be promoted will take place on 21 May 2022, during the spring’s Academic Ceremony.

Understanding our own history is of vital importance when Europe is once again at war. The subject of history at Linköping University (LiU) is now to receive a substantial boost through two new professorships in modern and local history respectively.

LiU is named as one of the world’s 100 best higher education institutions in the care sciences. In three other subjects, LiU is among the 200 best universities in the world. This is according to QS World University Rankings by Subject.

Linköping University has received its first international donation. Ingrid Bock, resident in the US, has donated to Professor Markus Heilig’s internationally renowned research on new ways to treat addiction.

Student choir turns 50 and looks to the future

From a small group of happy students who enjoyed singing together to a large, award-winning male university choir. Now the Linköping University Male Voice Choir is celebrating its 50-year anniversary.

“We want to understand why the world is as it is”

It is a fact that globalisation affects whole societies. But how does it do this? The students on the programme Global Studies want to understand why the world is as it is today, and how we can create a better and more just future.

A unique laboratory is opening for curious, knowledge-hungry young people who want straight facts, far from all the sensationalism and the noisy, opinionated comment fields in social media. On 9 April 2022 the Laboratory will open to the public.

Bottlenecks in reception of refugees from Ukraine

Russia’s invasion of Ukraine has caused a new wave of refugees in Europe. According to the Swedish Migration Agency’s main forecast, some 76,000 people from Ukraine will apply for refugee status in Sweden by June this year.