Different genes are involved during the adaptation of a domestic animal to life in the wild than when a wild animal becomes domesticated. This is the conclusion of a study led by a researcher at Linköping University in Sweden and published in the journal Nature Communications. The results increase our understanding of what happens as a species evolves. 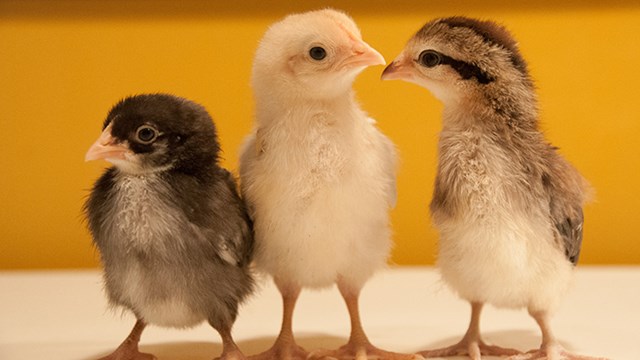 “There are large differences between tame chickens and wild ones. Studying the differences in their genetic material can teach us more about how genes influence animal appearance and behaviour. Although a lot is known about how we tame and domesticate animals, very little is known about the reverse, when domestic animals go back to the wild. We have examined this process at the genetic level when tame chickens are released into the wild,” says researcher Dominic Wright, who has led the study.

For many thousands of years, humans have bred dogs, goats, chickens and other animals to make them suitable for use as domestic animals, in a process known as domestication. Humans have selected the individuals that possess desirable traits and bred them with similar individuals, such that the offspring possess the same traits. The genetic material of the animal has partially changed during the development of the species from its wild form to a domesticated one. The opposite process also takes place, when domesticated animals readapt to life in the wild, in a process known as feralisation. By investigating what happens in an animal’s genetic material, we can study whether the effects of domestication by humans are long-term or short-term. Can evolution go backwards? 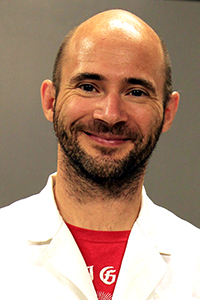 “We wanted to see whether feralisation is the same process as domestication, but in the other direction. Our results show that this is not the case. It is largely separate genes that are affected when domesticated chickens return to the wild,” says Dominic Wright.

Life in freedom brings with it greater threats from predators and disease, but it means that a chicken can choose freely who to mate with. Traits that make an individual attractive, such as an impressive comb, play a role in the selection of partners.

“Sexual selection is important in wild animals, and so it’s logical that genes that control comb size and similar traits are affected when an animal returns to the wild. One interesting observation is that despite domesticated chickens having very large combs, which should make them sexually attractive, combs have become considerably smaller in the chickens that are now living wild on Kauai,” says Dominic Wright.

During feralisation, the chickens’ egg production and brooding behaviour have altered. The researchers determined which regions of the genetic material in the Kauai chickens have been altered during the feralisation. They then studied these regions in more detail in a hybrid chicken population that had been bred in captivity as a cross-breed between domesticated chickens and Red Junglefowl. In this way, the researchers could correlate the chickens’ behaviour and appearance, such as comb size, to the levels of expression of specific genes.

The results suggest that the process of feralisation affects other genes than those important during domestication, and it is not a case of simply reversing the changes that took place when the chickens were domesticated. 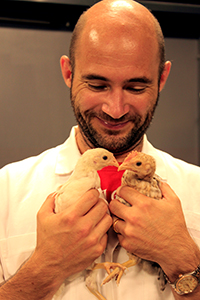 Photo credit: Karin S?derlund Leifler“Darwin regarded domestication as a model of evolution, taking place in circumstances that are controlled by humans. By examining the reverse process, in a natural environment and starting from known initial conditions, we can learn more about what happens during the evolution of a species,” says Dominic Wright.