Sensors at play and work

We can use sensors attached to the body to capture patterns of motion, and the results can be used in the gaming and film industries, in medical rehabilitation, and in the training of top-flight athletes. Manon Kok’s doctoral thesis deals with inertial sensors.

We all have them – women, men, children and pensioners, at home and at work, but few of us know about them. We are talking about inertial sensors. This is a type of sensor that reacts to acceleration, including the acceleration due to gravity, and speed of rotation.

Development in the field has been rapid in recent years: inertial sensors have become evermore smaller and cheaper, and are now built into nearly all mobile phones. The Wii controller relies on them, as do virtual reality headsets. The teddy bear protagonist in the film “Ted” was animated with the aid of inertial sensors and they are used in the gaming industry to develop realistic human avatars. Inertial sensors are also used in medical rehabilitation, in training elite athletes, and in autonomous vehicles. 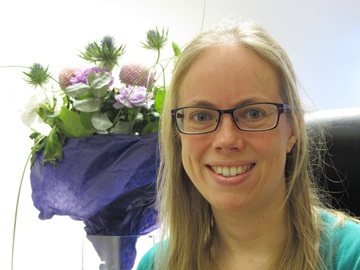 Photo credit: Monica Westman“It’s not so long ago that they were used only in a few special applications, but today they are everywhere. And we’ve only seen the start of this development,” says Manon Kok, who recently defended her doctoral thesis at the Division for Automatic Control at Linköping University.

In medical rehabilitation they contribute to facilitating motion training; in elite athletics they are used to study and optimise patterns of motion, for example speed skating; and in autonomous vehicles they contribute to position determination, enabling the vehicle to know where it is relative to the surrounding traffic.

Manon Kok presents in her thesis, among other things, principles for how it is possible to use inertial sensors attached to the body to capture and record patterns of motion, in a technique known as “motion capture”. By making the assumption that the various parts of the body actually are connected to each other, she has created a structure and simplified the calculations such that it is possible to analyse the signals from all of the sensors at the same time. 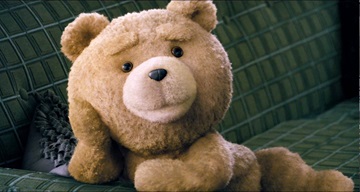 Photo credit: Facebook/TedThe thesis includes seven scientific articles and conference abstracts, one of which deals with the combination of inertial sensors with magnetometers, sensors that detect magnetic fields. The magnetic fields inside a building are relatively stable, and once they have been measured it is relatively easy to use them for orientation. Examples of applications in this case are cleaning robots and firefighters in smoke-filled surroundings.

“The magnetic fields are already in place: no further installation is necessary,” Manon Kok points out.

The most exciting applications, however, are based on motion capture, and this takes up the major part of her thesis.

“The technology is already available for professional purposes and many people have it at home, in gaming consoles and VR headsets. Maybe we’ll all soon be able to animate teddy bears in our living rooms,” she says.

Manon Kok is now to continue her research career as a post doc in Cambridge.